In the New York Times video, below, about Southern reactions to the flag, one brief shot shows a wall plaque that says, “It’s a Southern thang.  Yankees wouldn’t understand.”  That’s at least partially true, I think, and for several different reasons.  “Is it heritage or is it hate?” is an important question logically, but psychologically, there’s a whole lot more going on than that.  Understanding that can bring a bit of empathy even in the midst of profound disagreement. 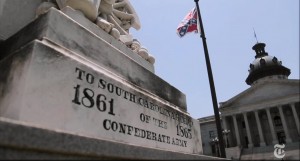 In the page on Stages of Identity Development, we see that our membership in subordinate groups is generally a more important component of our identity than our membership in dominant groups.  That’s important here because being Southern is definitely a subordinate identity in the U.S.  There are stereotypes of every region—the laid-back California dude and the rude New Yawkuh—but stereotypes about the South run especially deep, and they are especially powerful.  And, you may recall, the South lost the war, a subordinating experience pretty close to the surface for both Southerners and Northerners, in my experience.

White Southerners have been and continue to be the dominant group in the South (to say the least), but they also are—and clearly see themselves to be—a subordinate group in the nation as a whole. 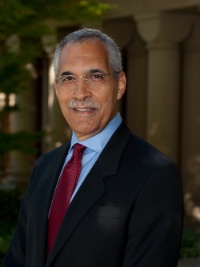 Claude Steele, who did brilliant and pioneering work on stereotype threat, demonstrated that being aware of others’ stereotypes of us has a significant, and generally negative, effect on our attitudes, our behavior, and even our sense of ourselves.  One common response to the persistent prejudice of others is to develop an oppositional identity, to say, in effect, “If you think so little of me, then I will define myself as the anti-you, rejecting everything I think you stand for.”

Most Southerners are proud of being Southern for many good reasons—Magnolia trees, mild winters, pan-fried catfish, hush puppies, warm and friendly personalities, sweet tea, story-telling, lilting accents—but there is a strain of oppositional identity, too.  Being the not-Yankees is rooted in a natural human need to feel good about ourselves, especially when we know other people think they’re better than we are.

Combine that with our national determination (and not just in the South) to gloss over the violent, tragic, demeaning racism that permeates the country, and it’s a little easier to understand the otherwise inexplicable power of the Confederate battle flag to raise all kinds of very strong emotions. 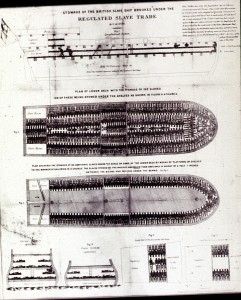 There is some serious, honest discussion taking place in the South Carolina legislature this week (along with some of the usual nonsense, of course), and a surprising number of very proud Southerners are acknowledging that the Confederate flag is not an appropriate symbol of Southern pride because it is too closely connected to the horrors of slavery, the terrorism of Jim Crow, and the sad reality of our persistent racism.

State senators’ obvious admiration for the late Sen. Clementa Pinkney, who was murdered in the shootings at Emmanuel AME Church in Charleston, clearly contributed to their unexpectedly lop-sided vote to remove the flag from the capitol grounds, a sign of the importance of interpersonal relationships in shaping attitudes about race.  If we keep talking about these issues even after the flag comes down (a HUGE if), perhaps the South can show the rest of the nation how an honest reckoning with a racist past can help us move forward together in the future.  That would be a step toward a positive, healthy identity in every region of the country.

Racial justice is, after all, the path to racial progress.