So why the continuing disparities in the quality of life by race and ethnicity?  Why are the facts so much at odds with The Black History Month Story so many Americans believe?

The effects of continuing discrimination

In The History We Inhaled, we saw a long list of research studies that came to a compelling conclusion: racial stereotyping persists, and it leads in multiple ways to racial discrimination.  I won’t reiterate all that here, but it is very important to note that persistent disparities are only partly the result of the accumulation of history.  On-going discrimination is a fact of life for most people of color, and it limits opportunity for personal and professional advancement in very real, very important ways.

A big shift in government priorities and politics 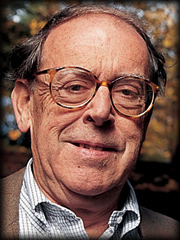 Amazingly, the Black middle class actually grew faster between 1940 and 1970 than it has since that time (Conley, 2003). Republican political strategist Kevin Phillips (1990) noted that the 1980s ushered in an era of caring for the country primarily by caring for the wealthiest among us. After fifty years of government efforts to enlarge the middle class (which worked pretty darn well, as it turns out), most federal policies over the last forty years were designed primarily for the benefit of the wealthy. Phillips called the 1980s a “triumph of upper America,” a “second Gilded Age” like the 1890s, in which government policies favored the wealthiest Americans. Lots of other factors have been at work, too—including globalization and the value of higher education in the knowledge economy—but the truth is that just as it was legally possible for people of color to begin the march toward upward mobility, the rules changed.  The social safety net was slashed and billionaires got huge tax cuts.  Police forces were militarized.  The “war on drugs” (which somehow never got around to targeting White drug users) led to mass incarceration and disruption of entire communities.  Politicians became increasingly overt in their appeals to racism.  Voter suppression efforts erupted and now are, quite literally, everywhere.  Many people say that we live in the post-Civil Rights era.  Following Ibram X. Kendi’s (2019) analysis of U.S. racial history as a cycle of advance and retreat, I think it’s more accurate to say that we live in an era of Civil Rights backlash.  Well-meaning White people are prone to say things like, “But this is 1990/2000/2010/2020!  I can’t believe racism is still happening!”  Well, of course it’s happening.  The backlash to Civil Rights has had a good half-century to get rolling.

“In the way people have learned to see racist abuse coming out of the mouths of individual racists, people can learn to see racial inequities emerging from racist policies.”

Anand Giridharadas makes an important point in a speech he gave to “the one percent,” distinguishing between justice and generosity.  The wealthy elite often are praised for their generosity when they give to the arts or to universities, but Giridharadas argues that isn’t enough.  When the way you make your money results in unjust inequalities, then you have a moral obligation not simply to do more good, but also to do less harm.  Watch the video, or read the transcript here.

What this does–and does not–mean

I am not saying that well-to-do White people haven’t worked hard, or that people of color should now be given a free ride. Everybody should work hard, and lots of people have, but not all of them have been able to benefit from the hard work they have done. Many financially stable people I know put in long hours. They know how hard they work, and they know it has paid off for them. There is a tendency, therefore, for them to assume that those who haven’t had the pay-off haven’t done the work, and therefore have gotten pretty much what they deserve. Because our society is stunningly segregated both by race and by class, well-to-do White people usually don’t know any people of color, or even working-class White people, in a meaningful way.  Therefore, it’s easy for them to believe that people of color would be better off if they would just adopt a “White enough” work ethic.

That’s precisely what Phia Salter and her colleagues (2015) discovered in their research–that many White people believe that Black people under-estimate how fair society is, that they blame “the system” too much for their own problems, and that what they really need is a lesson in personal responsibility. 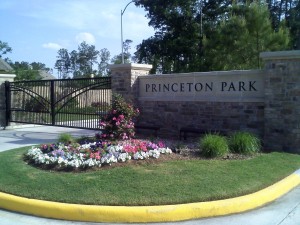 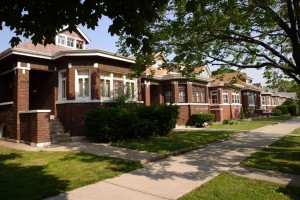 Truth is, if I wanted my kids to hear a lecture on the importance of working hard and keeping their nose clean, I wouldn’t take them to some gated suburban community. I’d take them to the barrio, or to a working-class Black neighborhood, where people are juggling jobs and kids and other responsibilities to try to keep it all together. Many parents there give that lecture all the time, because they know how critical it is for their children’s success. The idea is not that some should get by without doing their part, but that everyone should have the opportunity to benefit from their efforts.

That’s exactly the point conservative political columnist Gary Abernathy made in a column called, “Why I support reparations–and all conservatives should.”

“It is a tenet of conservatism that a level playing field is all we should guarantee. But that’s meaningless if one team starts with an unsurmountable lead before play even begins.”

In an interview with Challenge magazine, Maria Krysan and Amanda Lewis (2005), research fellows of the Institute for Research on Race and Public Policy at the University of Illinois at Chicago, noted that most White Americans believe that racial equality or near-equality already has been achieved.  They cite opinion polls that show that most Whites either believe that people of color are as economically successful, on average, as White people (which clearly is not true) or they believe that some racial and ethnic groups simply lack either the motivation or the self-discipline to achieve success (more on that in the The View from Above).  These perceptions are shaped, in part, by the presence of some highly visible people of color in some highly visible fields, especially entertainment and politics.  If Barack Obama was president, Oprah Winfrey is a billionaire, my doctor is Pakistani, and baseball is dominated by names like Pujols, Correa, and Cabrera, then there are no excuses for others.  With enough hard work and a little spirit, anyone can make it these days. 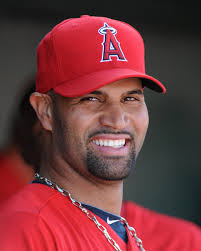 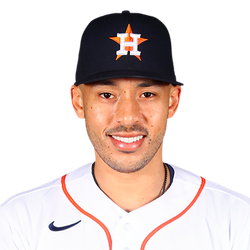 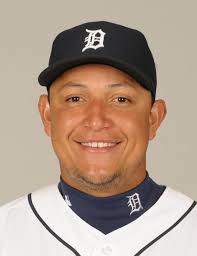 Another reason for racial differences in perceptions of racial disparities is the high level of racial segregation across the country.  Most White Americans lack meaningful cross-racial contact at work, church, neighborhood, etc.; their perceptions are based on a few salient but skewed media images and the conversations they have with other White people.  They don’t know much.  Much of what they know is wrong.  And their level of confidence is high.  It’s difficult to break through in such circumstances.

Where you stand depends on where you sit

For a variety of reasons, the higher you are on the vertical dimension of race–greater access to power and resources–the more difficult it is to see.  You just don’t pay attention.  In an individualistic culture, there is a strong tendency to take credit for things that have gone well, to attribute your success to hard work and good character rather than to luck or systemic advantage.

If the vertical dimension of social power is invisible to you, then the only dimension you can see is the horizontal dimension of culture.  Culture, then, becomes your only possible explanation for why some people are doing better than others.  As we see when we explore White American views about race, many White people hold two simultaneous, dissonant beliefs: people of color are doing just as well as White people these days, and it’s their inferior culture that holds them back (e.g., Emerson and Smith, 2000).  If they would only work harder, or catch the vision, or be more like us . . .  If you cannot or will not see that some people started the race of life about a mile back from the starting position, then you’re going to have to develop other explanations for their poor performance.

In fact, wherever we are on the economic ladder, it’s pretty easy to see the advantages of people on the higher rungs, and pretty hard to see the disadvantages of the people below.

Looking back, looking ahead:  Racial differences in time frames

Another very important point: White people and people of color use different yardsticks to measure racial progress.  Richard Eibach and Joyce Ehrlinger (2006) asked college students about the progress the U. S. has made toward racial equality since the 1960s.  Nearly all of the minority students acknowledged that progress has been made, but most of them also said that they were not satisfied because the goal of genuine equality has not been met.  Majority students, however, were higher in their estimation of how much has been accomplished, and only a few of them mentioned anything at all about wanting to attain full equality.  The two groups used different standards and therefore came to different conclusions.  Everyone looked back to see how far we’ve come, but only the minority students also looked ahead, to where we hope to be, which left them less content than their majority peers. 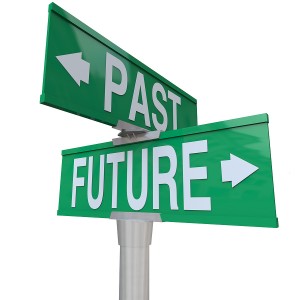 We have made much progress, and the glass of racial equality is no longer empty.  How you feel about that depends on how important it is to you that we finish filling it up.  If you are a person of color, filling the glass the rest of the way is a matter of significant personal importance.  For most White people, however, filling the glass is a noble but abstract societal goal, and just one goal among many.  In addition, people of color feel the press of time much more keenly.  Whether it takes 20 years or 50 years or 100 years to make more progress is no small matter, the difference between living long enough to see it happen or dying too soon to benefit from it yourself.  No wonder, then, that White people can seem complacent to people of color, and people of color can seem agitated and impatient to White people.  The good news, according to this study, is that the more we think together about a common frame of reference, the more similar our perceptions will be and, presumably, the more we can agree on how much still needs to be done.