So are we stuck?  Are we slaves to stereotypes?  Are they so omnipresent, so subtle, so powerful, that we have no choice but to follow where they lead?

No.  Not by any means.  There are lots of things we can do.

One good first step is exactly what you are doing now—learn more about the problem.  Increase your awareness of racism and how to combat it.  White students at Rutgers University who completed a course on prejudice and conflict became less prejudiced (a measure of their feelings) and less stereotypical (a measure of their beliefs) compared with similar students who did not take the course (Rudman, Ashmore, and Gary, 2001). It is important to note that the class dealt quite specifically with prejudice and conflict.  The real benefit comes from asking difficult questions, not avoiding them.  I enjoy “celebrating diversity.”  Learning about new cultures, trying new food, and commemorating new holidays broadens the mind and opens us up to new possibilities.  But in the absence of dealing with the tough issues of prejudice and stereotyping, it doesn’t usually affect the fundamental ways in which we think about people of other races and cultures.  Celebrating diversity is fun and worthwhile, but it’s no substitute for addressing difficult questions head-on.

One of the best things to do is to follow antiracist activists and scholars on social media.

Want a good book?  Ibram X. Kendi, author of Stamped from the Beginning and How to Be an Antiracist suggests these.  Time magazine says these are good.  But don’t read just one book.  You need a variety of perspectives.  Look for several books written by people of different backgrounds and genders.  So many good books have been written from various faith perspectives, too.

Learning about race and racism is good.  But it’s not enough by itself.  There is a huge research literature, going back decades, on what happens when we establish meaningful, reciprocal relationships people from other groups (Allport, 1954).  Being in equal-status (but not dominant/subordinate) relationships with people from different backgrounds enables us to see them as complete human beings: members of their social groups to be sure, but unique in their particular set of personal experiences and characteristics.  The result of this kind of contact is a significant drop in both prejudice and stereotyping (Pettigrew and Tropp, 2006).  Compared with White children in desegregated schools, for example, White children in an all-White school are more likely to say negative things about Black children they see in a picture, and are less likely to assume that Black and White children can be friends (McGlothlin and Killen, 2006).

A little experience with cross-racial interactions also reduces anxiety among both majority- and minority-group members.  As it turns out, getting to know people from other backgrounds usually goes better than we expect.  That provides additional motivation, and increased confidence, to develop a larger number of such relationships (Mallett, Wagner, and Harrison, 2011). We also become more empathic as we learn to care about other people and to understand how they view the world (Tausch and Hewstone, 2013).

Of course, how you go about getting to know people is very important.  A stance of cultural humility is helpful—approaching people from different backgrounds with the same kind of respect and consideration you want to receive from them.

There are several features of cultural humility (Tervalon and Murray-Garcia, 1998), including

Remember the old joke that it only takes one therapist to change a light bulb—but the light bulb has to want to change?  Research has shown that one way to avoid letting stereotypes control your thinking is simply to have the motivation not to be controlled.  All it takes is a little extra awareness and a little extra effort. 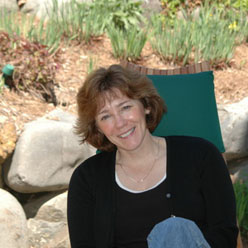 Stereotype researcher Patricia Devine (1989) has made a helpful distinction here—we all know the racial stereotypes so common in this country, but we don’t all have to believe them.  Stereotyping is the default option set by our national history, but we can change the setting.  We can resolve to break the bad habit of stereotyping by determining to notice when it occurs and deciding to think a different way.

These techniques are designed to help someone break the stereotype habit.  Just as with any bad habit we want to change, we need to recognize what we are doing and then substitute other, more positive, behaviors in their place.

After four weeks of practicing these techniques, White university students showed significantly lower implicit prejudice against Black people, as measured by the Implicit Association Test, a reduction that persisted another four weeks after that.  (It’s pretty hopeful, I think, to see positive changes on such an ingrained habit in only a month.)  The participants also indicated that they were more concerned about racial discrimination than they were before.  The students who did not receive the training showed no change; their bias against Black people continued as before.

It’s no fluke that concern for discrimination proved important in this study.  When stereotypes aren’t directed at us, they are easy to discount or ignore.  Remembering that stereotypes have consequences—that they often lead to discrimination—fuels the motivation we need to break the stereotype habit, and to substitute new, better thought processes in their place. 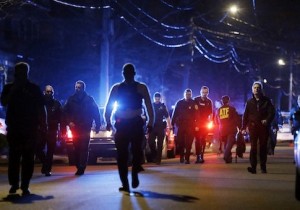 You are an off-duty police officer, dressed in civilian clothing, who comes across a crime.  You draw your gun and prepare to take action when a uniformed officer arrives.  At the scene of a crime, out of uniform, weapon drawn, you probably look like a suspect—perhaps at risk for being shot by your fellow officer.

An off-duty officer in this kind of situation has been shot and killed by a uniformed officer ten times in the U.S. since 1982.  Nine of those times, the officer killed was Black or Latino (Baker, May 27, 2010).

It’s not common for off-duty officers to be at the scene of a crime.  But it is common for police officers to come across people who may or may not be suspicious and have to determine—in an instant—whether that person is a danger, or is in danger.  It’s life or death, and any officer would want to get it right.  Even when people really want to do the right thing, however, implicit racial stereotypes can play a role in their split-second decision-making.

In the research laboratory, as on the streets, White people are more likely to mistake a wallet or a cell phone for a gun if it is held by a Black man instead of a White man (Payne, 2001).  That’s not inevitable, however.  Getting the facts can help.  In one study (Plant, Peruche, and Butz, 2005), White research participants “shot at” White suspects only when they were holding a gun (as opposed to, say, a cell phone).  But they “shot at” Black suspects if they were holding anything at all.  With practice and feedback, however, the participants learned to respond to the actual objects, not the color of the men holding them.  With experience, they became more accurate and less stereotypical in their judgments.  The experience even left them less likely to think about race.  When given a word-completion task, they were less likely than a control group to turn something like R _ _ E into RACE, opting instead for RULE or some other non-racial word.  You might think that spending time on a computer looking at photos of men of different races and deciding whether they were holding a gun would have heightened participants’ sensitivities about race.  On the contrary, it allowed them to focus on the real issue—guns vs. other hand-held objects—and reduced the role of race in their thinking.

A huge report sponsored by the Institute of Medicine (Smedley, Stith, and Nelson, 2003—an outline of which is here) recommended getting the facts as one of the best remedies for racial disparities in health care:

Standardized data collection, however, is critically important in the effort to understand and eliminate racial and ethnic disparities in healthcare . . . collecting appropriate data related to racial or ethnic differences in the process, structure and outcomes of care can help to identify discriminatory practices, whether they are the result of intentional behaviors and attitudes, or unintended—but no less harmful—biases or policies that result in racial or ethnic differences in care. 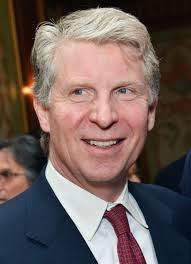 Manhattan District Attorney Cyrus R. Vance, Jr. authorized a study (McKinley, July 8, 2014) to see whether New York City prosecutors were treating suspects any differently according to their race.   Prosecutors have a fair bit of latitude in deciding how to proceed with their cases, which could open the door for stereotypical decision-making.  Theleere was no racial disparity in their decisions about whether to take a case, but there was a disparity in all the other of the steps in the process.  Relative to white and Asian suspects charged with identical offenses, Black and Latino suspects were less likely to have their cases dismissed, less likely to be offered affordable bail, less likely to be offered plea bargains that avoided jail time, and more likely to be sentenced to serve time in jail at the end of the process.

In response to the findings, Mr. Vance asked his employees to go through implicit bias training to help them identify ways to treat all suspects fairly, regardless of their background–not unlike the “shoot/don’t shoot” training in the guns vs. cell phones study. 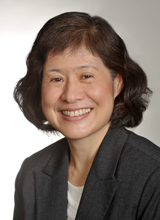 Getting clear about the facts on the ground is essential in order to uncover personal and institutional biases that escape our notice even while shaping the social situations within which we live.  As Law Professor Cynthia Lee (2013) argues, “The effects of implicit racial bias are particularly likely to operate under the radar screen in a society like ours that views itself as post-racial.”  If we decide in advance that we are not subject to stereotypes, we eliminate all possibility of finding out whether that is actually true. 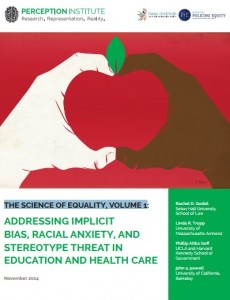 There are thousands of research studies on stereotypes and how to overcome them.  One good summary, published by the Perception Institute, is called The Science of Equality, Volume I:  Addressing Implicit Bias, Racial Anxiety, and Stereotype Threat in Education and Health Care.

The Bottom Line:  Don’t want to go with the flow and absorb the racist messages–and the stereotypes–of the broader society?  It will take a little effort, but there are ways to avoid being poisoned by the smog that we breathe.