We moved around a lot when I was a kid, but more than anyplace else, I grew up in Nashville, Tennessee.  Nashville is far enough south not to get a lot of snow, but far enough north that snow happens.

I had driven in snow before moving to Holland, Michigan, and I knew it was difficult.  So the first time I had to drive in snow in Holland, I steeled myself as I went to the car.  I pulled out of our driveway and inched slowly onto the street.  The first few yards weren’t so bad.  I stopped very slowly at the first intersection, and started up just as slowly once again.  Soon I was driving along, both surprised and relieved that things were going pretty well. 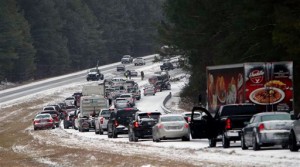 After a while, I realized why driving in Tennessee snow was so much more difficult.  First of all, it’s often raining when the temperature drops, so there’s a layer of ice underneath a coating of snow.  Second, there ain’t a flat spot in the whole city of Nashville; you’re either going up, going down, going around a curve, or doing all three at once.  Holland’s pretty flat, making snow driving much easier.  Plus, in Michigan, a great big truck goes ahead of you, pushing the snow off the road and leaving a layer of salt behind.  Piece of cake. 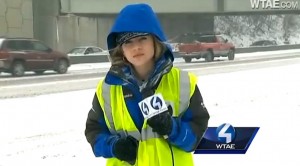 Then I thought about all the TV news stories I had seen about Nashville in the snow.  Yankee reporters coming down to film cars sliding into the ditch and make snide comments.  And I was ticked.  They had no blessed idea what Nashville drivers were contending with, and no apparent interest in finding out.

If you’re in an organization that was built for you by people like you, maneuvering around is a lot like driving in the snow here in Holland.  Yes, you have to do your part and, yes, you have to be diligent and careful.  But you’re driving on a flat surface, with no ice, and someone else has gone ahead to smooth things along.

If you’re in an organization that was not built for you, or people like you, maneuvering around is a lot like driving in Nashville snow.  You have to handle twists and turns in the road, you spend a lot of time going up, and going down.  There’s a layer of ice underneath, and ain’t no one gone before to clear your path.  But people are watching as you slide around, wondering why you’re such a bad driver, making snide comments and shaking their heads.

That’s hard to see if you’re a member of the dominant group.  Of course you have good days and bad days, but on the whole things usually work in a way you understand and appreciate.  It’s difficult to recognize that your organization has been shaped by your culture, by the shared implicit assumptions you and your fellow group members probably can’t even articulate.  (As with the giraffe and the rhino.)  It’s even more difficult to understand why you should work to change a system that fits you just fine in order to accommodate people who don’t look like they even belong.

Another metaphor: the layout of the original temple in Jerusalem, built by Solomon himself.  As you can see, it is arranged in something like concentric circles.  Only a few priests—all men, of course—were allowed in the Holy of Holies.  Other priests were allowed near the altar.  Other Jewish men were permitted in the next room out.  There was a court for Jewish women a little farther away.  Gentiles could come inside the temple, but they had to stay in the outer ring.

Many organizations are arranged an awful lot like this.  Sometimes we’re really proud of ourselves for the magnanimous way in which we let people different from us attend our school or work in our business.  We assume they’re grateful to be included, or should be, even if they’re out in the Court of the Gentiles.  If it comes to our attention that they are not happy or grateful, we can get pretty annoyed.  What do you do with people who refuse to recognize our good will and generosity?  Why do they have to be so high maintenance?  And why are they always playing the race card/gender card/sexuality card/etc.?  Don’t they understand what nice people we are?

If we want to promote racial justice by promoting inclusion in an organization of which we are a part, we have to do much more than let a few people in and be nice to them while they adapt to systems and structures built primarily for people like us.  It means noticing who is at the center and who is at the margins.  It means questioning why we have a center, and why we have margins.  It means taking on the vested interests and, inevitably, dealing with hostility and aggression from those at the center, those who benefit most from the organization as it currently is structured.

I want to make an important point here: working for inclusion in an organization can be done by nearly anyone nearly anywhere.  A few years back, a panel of bankers came to our campus to talk about the importance of cultural competence in the banking industry.  One man talked about how he had re-directed his office in order to make small business loans to people from many backgrounds and in many neighborhoods.  A VP said he was so tired of managing people with poor cross-cultural skills that he had started asking everyone who applied for a job at his bank to write an essay about their cross-cultural experiences.  I was standing in the back, and my memory of that evening is of a whole lot of white people taking a whole lot of notes. 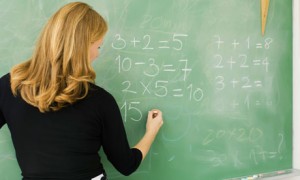 Promoting social justice at work isn’t the same thing as being in a job we usually think of as one of the service professions.  You can be an excellent teacher—one of the service professions, obviously—and spend an entire career making sure that the children of the well-to-do grow up to take their rightful place among the privileged.  Or you can be a banker—not so much a service profession, from the way we think about it—who works for racial justice by providing seed money to a working-class black man or an immigrant woman who want to open a business of their own instead of working for someone else.

The Bottom Line:  Making an organization more inclusive means more than being extra nice to newcomers while keeping everything else the same.  It requires adjusting structures and practices so that they work for people from a variety of backgrounds.  We’ll see more about how to do that in the subsequent Making a Difference entries.