It’s so easy to see in an experiment

In a research lab at UC Berkeley a number of years ago, White college students watched a video of two young men, one Black and one White, who were in an argument. For half the participants, the video ended with the White man pushing the Black man; the other half saw the Black man push the White man.

Everything else in the video was the same, and the two shoves were carefully choreographed to be as much alike as possible. How did the viewers interpret what they had seen?

Fully 75% of those who saw the Black man do the shoving said that it was a violent act, intended to harm the White man. But only 17% of those who saw the White man do the shoving said that he was violent. Instead, they said that he was making a point, or trying to be playful. Both groups accurately described seeing one man shove another, but they interpreted it in very different ways depending on the race of the person doing the shoving (Duncan, 1976).

And so difficult to see in real life

More recently, in 2014, the Press Office of the U.S. Department of Education’s Office for Civil Rights reported that Black students make up 18% of all American preschoolers, but 42% of those who get suspended from preschool. 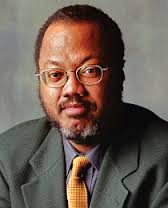 New York Times columnist Brent Staples (March 28, 2014) noted that after this story was published, his paper received a number of letters to the editor suggesting that the problem must be due to higher levels of misbehavior among African American four-year-olds. Staples noted, however, a 2012 case in the Christina School District in Delaware that found that Black students were more than twice as likely as White students to receive suspensions for violations of similar severity, and three times as likely to receive out-of-school (vs. in-school) suspensions. 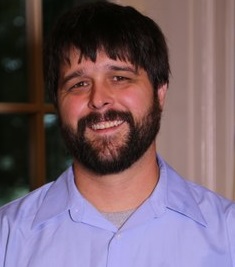 One kid pushes another. Is he violent? Or just horsing around? Does he need a talking-to from the teacher, or should the principal send him home? Our answers to these questions depend, in part, on race.

Stereotypes matter. They have consequences.  And we don’t always see them at work. But how? There are three major ways this happens.

Stereotypes influence how we think about other people

Stereotypes direct our attention toward some things and away from others, affecting what we notice, and what we remember later on. In one classic experiment (Cohen, 1981), participants watched a video of a man and a woman eating and talking together. Half of them were told that the woman was a waitress; the other half believed she was a librarian. After the video ended, participants were more likely to remember things that were consistent with the line of work they thought she was in. Those who thought they were watching a waitress were more likely to remember that she liked to bowl; those who thought they were watching a librarian were more likely to remember that she had done some reading earlier in the day. This isn’t an either/or situation; it’s a matter of percentages and probabilities. Stereotypes don’t completely overwhelm what we see and remember, but they do lean us in one direction or another. 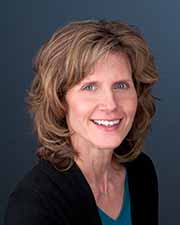 Monica Biernat (2003) points out that one of the subtle effects of stereotyping on the way we think about others is that we shift our standards of performance depending on the social group of the person we are evaluating.  This can lead to what former U.S. President George W. Bush called “the soft bigotry of low expectations.” When we say that a woman is tall, for example, we almost always mean that she is “tall for a woman.” Only a few women would be considered especially tall if they were a man of the same height. Conversely, most short men would not be considered so short if they were women. Because the average heights of men and women differ, we use a “within-group scale” when deciding whether someone is tall or not. No harm done, in this case. But what if we use “within-group scales” when thinking about people in other ways? It’s like describing a Black person as “articulate.” It can be a back-handed compliment, saying, in effect, “You speak well—for someone who’s Black. You string words together coherently in a sentence. I don’t expect that of people like you.” It’s insulting, of course, to hold people of color to lower standards, complimenting them for levels of performance that would not elicit compliments if they were White. It also provides them with false feedback about their strengths and weaknesses.

Just one more point here: Unless we are highly prejudiced, we don’t usually stereotype people in the complete absence of supporting information. We wait, we interact, and we draw judgments on the basis of what we learn about that person. However—and here’s the kicker—we don’t require much evidence before we come to a stereotypical conclusion, and we require quite a bit of evidence before coming to a non-stereotypical conclusion. In one study (Biernat and Ma, 2005), Black people who believed that White people tend to be “phony” or “sheltered” didn’t describe specific White people in that way in the complete absence of corroborating data. However, it didn’t take much—just a comment or two—for them to decide that a specific White person did, in fact, fit their stereotype. Similarly, Whites in this study did not always decide that a Black person was “athletic” or “streetwise,” but it didn’t take much evidence for them to come to that conclusion, either. Furthermore, lots of contradictory information was necessary before the participants came to a counter-stereotypic conclusion about someone. A White person had to be really genuine in order to be seen as not phony by Black people, and a Black person had to be really naïve in order to be seen as not streetwise by White people. 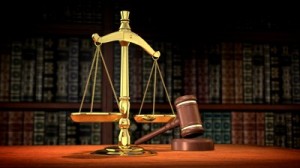 Think of this as the difference between the English and the French systems of justice—are you innocent until proven guilty or guilty until proven innocent? When it comes to deciding that someone fits our stereotypes, we go with the French—it doesn’t take as much evidence to decide that they are “guilty.” But when it comes to deciding that someone is the opposite of our stereotypes, we go with the English—we need enough evidence to get beyond a reasonable doubt. All the while, our attention is directed, not at our stereotypes, but at the information we receive about the people with whom we are interacting. We are seeing information that is, in fact, consistent with the conclusions we have reached, leaving us confident that we are not stereotyping anyone, even when we are. 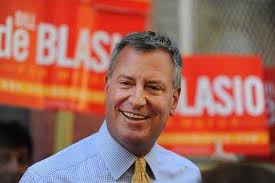 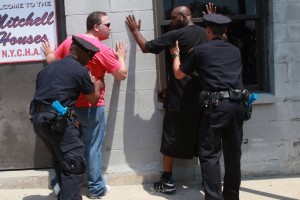 A real-world example:  New York Mayor Bill de Blasio campaigned for his office partly on his opposition to the “stop-and-frisk” policy of the NYPD. Perhaps that’s because, when he was Public Advocate for the city, his office did a study of how stop-and-frisk was carried out.  (Office of the Public Advocate for the City of New York, 2013). It turns out that 84% of everyone stopped was either Black or Latino, well above their percentage in the city overall. But White people who were stopped were 30% more likely to have illegal drugs and 90% more likely to have a weapon. Are White people more likely to use drugs and carry concealed weapons? Perhaps. But it’s also possible that police officers have a higher threshold of suspicion for White citizens. Perhaps it doesn’t take much for law enforcement officers to decide that a Black or Latino citizen looks suspicious—a cocked baseball cap, or a furtive glance. Therefore, when they are approached, a relatively small percentage of them is actually doing something wrong. It may take more for officers decide that a White person looks suspicious—looking seriously high or aggressive, for example. Therefore, when they are approached, there is a much greater likelihood they’re guilty of at least one offense.

Stereotypes influence how we behave toward other people

Stereotypes affect how we think about other people; they affect how we act toward them, too. In 2010, the ABC news show What Would You Do? sent out a young Black man and a young White man into an urban park to break the lock off a bike, thus appearing to be stealing it.  It took a long time before anyone said anything to the White “thief,” but bystanders began accosting the Black “thief” almost immediately. Some people who walked by the White “thief” wondered what he was doing, but they generated enough other possible explanations for his actions that they decided not to say anything.  (Perhaps he lost the key to his bike lock, for example, and was merely trying to take his own bike home.) There was no such consideration extended to the Black “thief.” Immediately after he started in on the bike lock, people confronted him about his actions and called 911. They assumed right away that he must be stealing the bike and acted on their assumptions without hesitation.

Stereotypes perpetuate inequality and place a significant burden on those affected

So stereotypes affect how we think about, and behave toward, other people.  Is that really such a big deal? 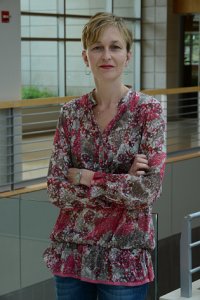 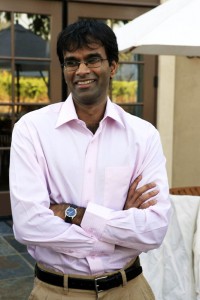 In a study that became an instant classic, Behavioral Economists Marianne Bertrand and Sendhil Mullainathan (2004) asked, “Are Emily and Greg more employable than Lakisha and Jamal?”  In another “audit” study of responses to résumés, they sent out nearly 5,000 applications in response to 1,300 job openings in Boston and Chicago. Half the résumés were higher quality and half were lower quality. Half had names that “sounded White” and half had names that “sounded Black.” Résumés with White names received 50% more invitations to interview than résumés with Black names—as big a boost as having an extra eight years of work experience. Furthermore, while having a higher-quality résumé boosted the callback rate for White names by 30%, a higher-quality résumé improved the callback rate for Black names by a trivial amount. Once again, this study, like many others, shows that people of color typically do not receive preferential treatment in hiring. In fact, it’s generally the opposite: high-quality résumés are routinely ignored if there is reason to believe they were submitted by Black applicants. 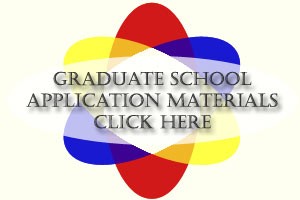 Katherine Milkman and her colleagues (in press) sent email messages to more than 6,500 doctoral professors (i.e., those supervising graduate students studying for a Ph.D.) in 89 different fields of study at 259 different U.S. universities.  The letters ostensibly were from university seniors inquiring about the possibility of pursuing graduate study.

You might assume that the pointy-headed bleeding hearts in the Ivory Tower with their liberal agenda and politically correct ways would fall all over themselves looking for a chance to admit someone from an under-represented group, right?  Well, not so much.  In the very first step toward gaining admission to graduate school, initial email inquiries from students portrayed as White men were significantly more likely to receive a response.  Inquiries from men of color or women of any background were more likely to be ignored altogether, not receiving a response of any kind.

As a parent, I would think that watching your kids deal with stereotypes would be the most difficult burden of all.  A number of years ago, I was in an anti-racism group when a 40-something Latina mother started to talk about her efforts to educate others, to prove that their stereotypes were wrong, to teach her adolescent daughters that they were just as good as anyone else.  She began to cry, then started to sob, saying, “I couldn’t do it.  I wanted to fix the world for my girls, but they have to deal with the same stuff I had to deal with.  I was willing to fight as long as it meant a better world for my girls.  Now I just don’t know.”

The Bottom Line:  Racial disparities still exist in every aspect of contemporary life.  There are many reasons, but one of the most important is that people of color often are treated by others as stereotypes, not individual people.  That puts them at a significant disadvantage in innumerable ways.