I have decided to write another post about my weekend at home in Granada! Carmen and Fabi’s grandkids stayed with us and I spent a lot of time with them. Their names are Cásper, Laurenzo, and Paulita. It was a special weekend because it was Laurenzo’s 8th birthday :). Now, I have had the chance to get to know them more, especially Cásper. Yesterday, I helped him with his multiplication facts, which I was more than happy to do. We had a lot of fun, despite that it was math homework! I succeeded in making him laugh when I asked what 4*100 was. Later, however, he didn’t make me seem like a good tutor when he didn’t know the answers to the facts Carmen asked. I think he was just messing with her though hahahah (a typical boy). Afterwards, I joined Carmen and Fabi when they took the boys to the García Lorca park, where we tried to pose like the people on the random exercise signs. I was sad that I didn’t bring my phone to take any pictures of this! It would have been a great supplement to this post :(. But, not to worry! I have included a lot of photos from Laurenzo’s birthday party, which was earlier this afternoon. Allie and I were lucky enough to receive invitations ;).

It’s my host family’s tradition to celebrate birthdays on the mountain, San Miguel, in Granada.

The first thing we did was set up the decorations!

After sipping sangria and eating paella, it was time to put the snacks for Laurenzo’s friends on the table. 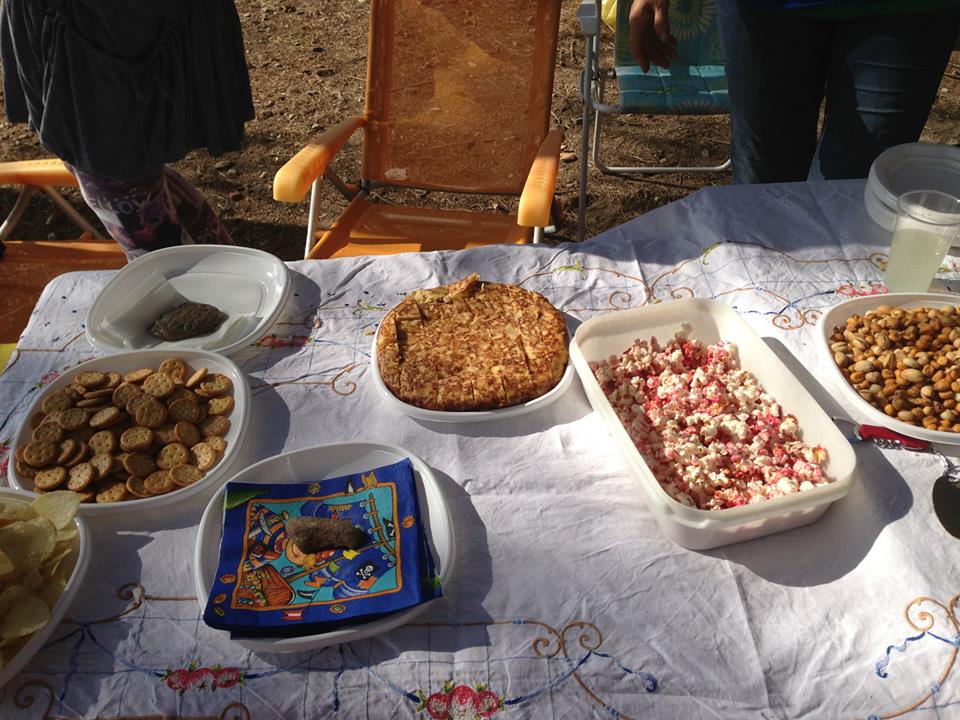 Unfortunately, Allie and I left early, so we didn’t get to try the cake (I know, what a bummer!), but it was definitely a neat experience to be part of the birthday festivities with my host family.