After what seemed to be ages of multiple orientations and time spent on Manly Beach, week one is officially here! Leading up to this week, I was so curious to see what my classes would be like compared to what I’ve taken at Hope. Finally, I could log into the ICMS app and my timetable appeared! Four classes, similar to a schedule at Hope, but the similarities end there. At ICMS, we have class once a week, and each class lasts three hours. That being said, we only have a few days of class per week, meaning we have loads of time for studying and homework… or beach days, parties, and exploring Sydney! 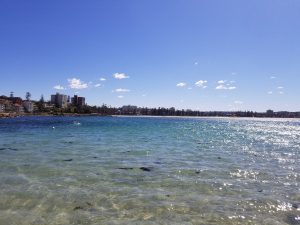 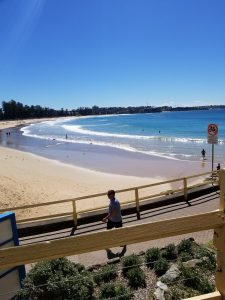 Since ICMS is an international school, I have met so many people from around the world – surprisingly a lot of Germans! There are a few schools that are partnered with ICMS, so it gets a large influx of students from various schools in Germany and Asia. That being said, this September term is high on international students compared to locals. I wasn’t expecting it to be rare to meet Aussie students, but it is so exciting to know people from all over!

My first week of classes didn’t take much getting used to. Though different, the way they schedule classes here is simpler than in the US. I don’t have class on Mondays or Fridays, so I was able to ever so gently ease into school life. Spending

most of Monday on Manly Beach building sand castles, reading, and watching surfers and swimmers in the glistening ocean waves seems to me like a well-spent day! Tuesday rolled around and I had to get it together. Dressing in a slacks, blazer, and flats instead of my swimmers and (of course) Chacos, definitely is a bit of a change, but after a few weeks of fun, its about time! Though three hours of class feels much longer than three hours, I can hardly complain. All my teachers give me coffee breaks about two hours into class, so that always helps me get through the last hour!

Though this first week has been pretty basic (much like most first weeks of classes are), I know I will have plenty of papers and projects in the near future! But for now, here’s to swimmers, sand castles, and sunshine! 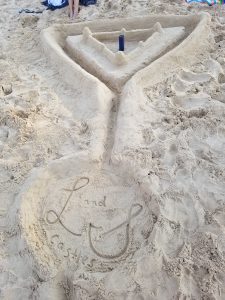 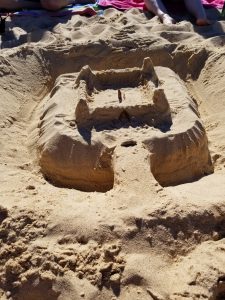