Hello again from Spain! I cannot believe that I have only been here for two weeks. To justify my shock somewhat, I have been to a total of 8 cities in 13 days. Two such places are La Alpujarra and Ronda.

In the region of Spain where I am living, called Andalusia, there is an impressive mountain range named the Sierra Nevada mountains. These beautiful peaks are enormous and unlike mountains I’ve experienced before, namely because they are shrouded in stubby shrubs and thin trees. Here is a comparison of the mountains I know and love in New England (top) with the Sierra Nevadas (bottom). 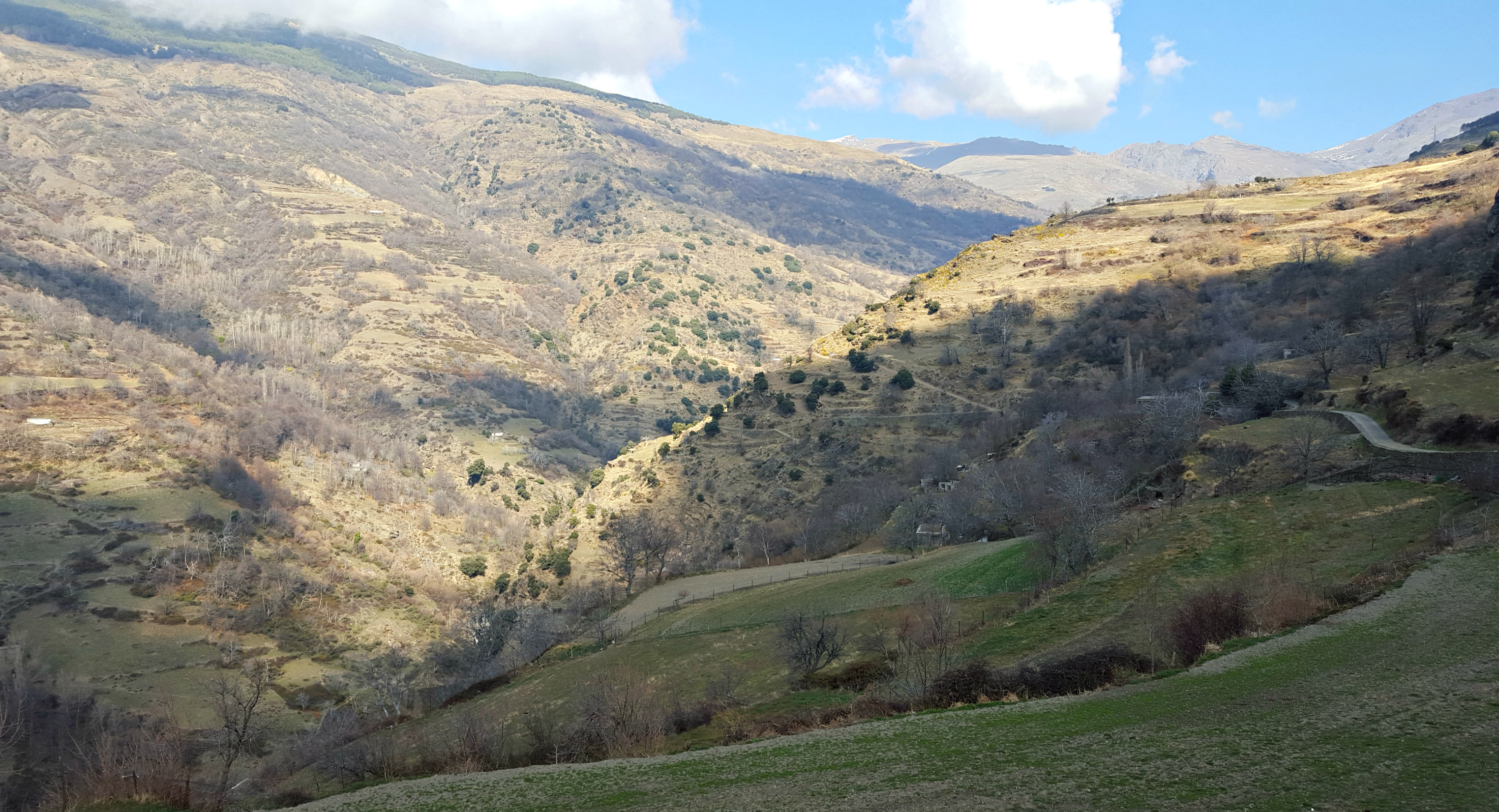 The scenery was absolutely stunning. I love hiking, so trekking around with new people in some crisp mountain air was a perfect Saturday. One particular aspect of Spain with which I am falling in love is the fact that its history is ever visible. The face of Spain proudly displays its wrinkles from times gone by. So, even in these remote mountai

ns there are reminders of the past. Here is an abandoned, traditional mountain home made of mud and stone.

Speaking of traditional, after our hike we visited a quaint mountain village that is quietly thriving. It’s nestled in the 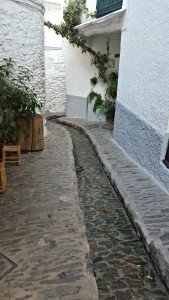 mountains at quite an altitude! Most of the buildings were white-washed, and in the middle of some cobblestone streets were these aqueducts of sorts. I think they are designed to transport fresh mountain water from the peaks down throug 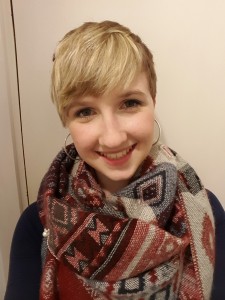 hout the village. La Alpujarra is known for jarapas: funky-looking blankets and mats made of scraps of cloth on traditional looms. There were also beautiful poncho/enormous scarves that I believe are also handmade from the area. I couldn’t resist this one and am so glad because it is so warm!
Later this week we went to Ronda, a beautiful place with some seriously rich history. What is so fascinating about Ronda is that its main city center sits atop El Tajo, a deep gorge; on one side of the gorge is the newer, modern city, and the other side is 15th century Moorish architecture from ancient times. 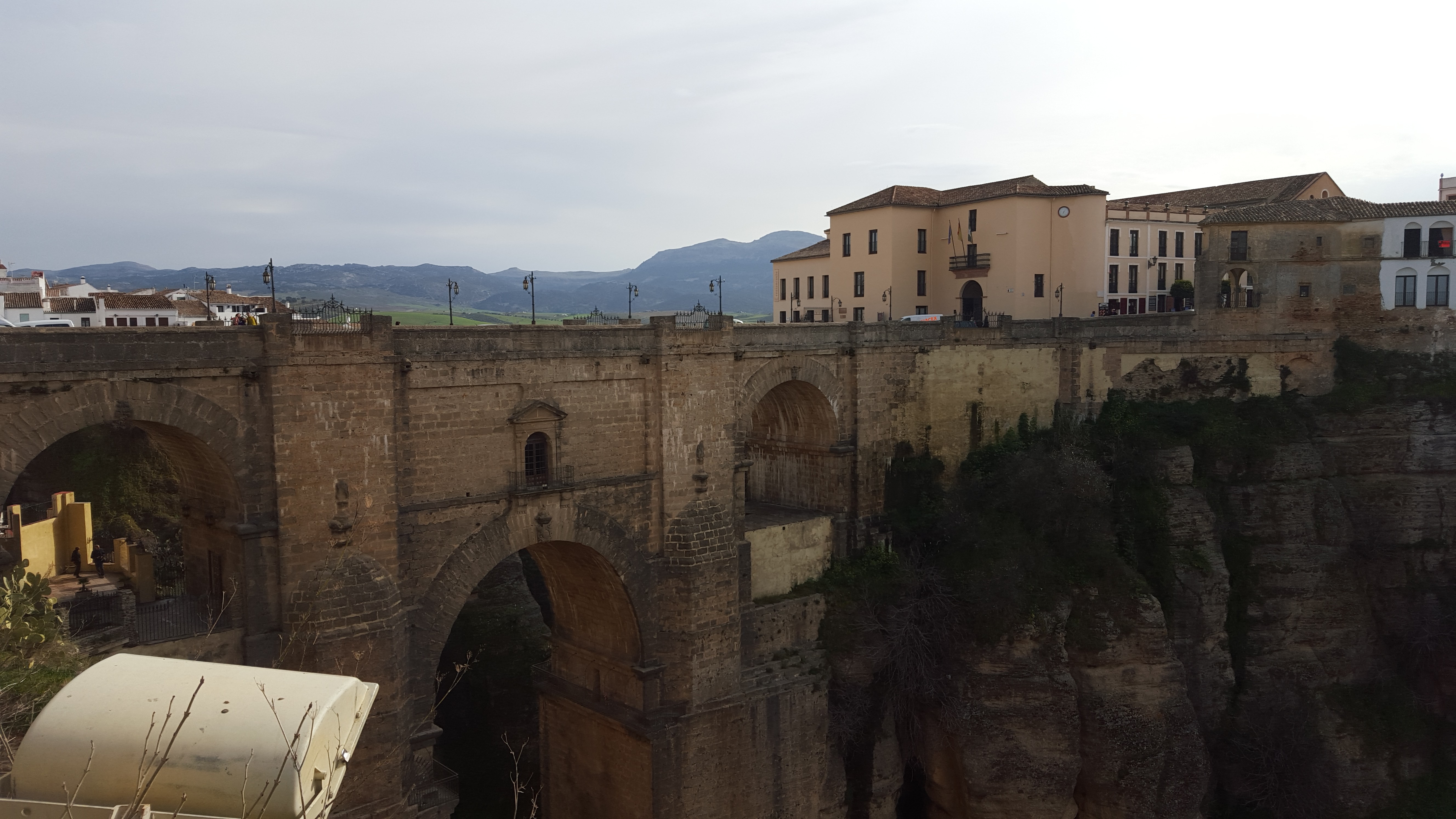 We got to explore both sides. We took a tour of ancient Moorish bath houses. I think they had the right idea about taking ridiculously long and hot showers. Each chamber of the houses has what are basically pretty, 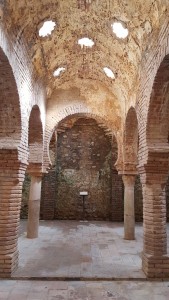 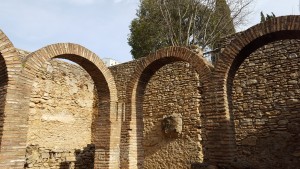 hts.    The arch is a very common indication of Moorish architecture, as you can see in these photos and will continue to see later on throughout Granada!

Another feature of not just Ronda, but most Spanish cities in general are impressive, loud bells that ring throughout the day. They do not just sway back and forth, they actually make full revolutions, creating a crazy double clang for each spin. Here is a sound bite to hear for yourself!

Ronda was a dream. I am so glad that I chose to study abroad in southern Spain where there is such a unique and tangible mix of cultures all around me.

This week’s micro-bio is: my housemate, Margaret! Margaret is from New Jersey and attends Colorado College. Her school is one of the very few with a block 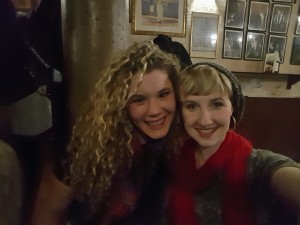 system for classes! Also, her school, she says, is basically a mountain resort for hippies. This sounds excellent. She is studying Bioethics as a composite major (like me!) with a minor in classical piano. In her free time loves to ski, hike, surf, climb things, and basically defy gravity and nature itself. Her personality is as funky as her curly hair. We have enjoyed getting to know our host mom, Angelines, and experiencing the wonders of Granada, Spain together. My favorite quote of hers:

“My ultimate life goal is to be able to surf and ski in the same day.”

Yes, she is that adventurous and capable. Glad we met! Well, readers, thanks for keeping up with me. More from Spain to come!