My second IES sponsored field trip was an adventure to the east side of South Africa, starting at the world renown Kruger National Park!  What a great way to start off spring break 🙂  We set off for Mpumalanga on a short airplane ride and were greeted by our safari vehicle and guide. 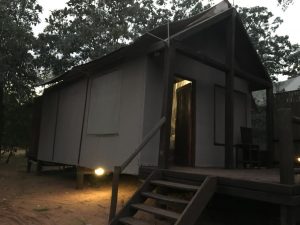 It was fun to find that our accommodation was a tented camp just outside of the protected national park.  I woke the next morning to the snorting noises of hippos making their way to the river outside of our camp.  Our group piled in the game vehicles to make our way into the park for sunrise. 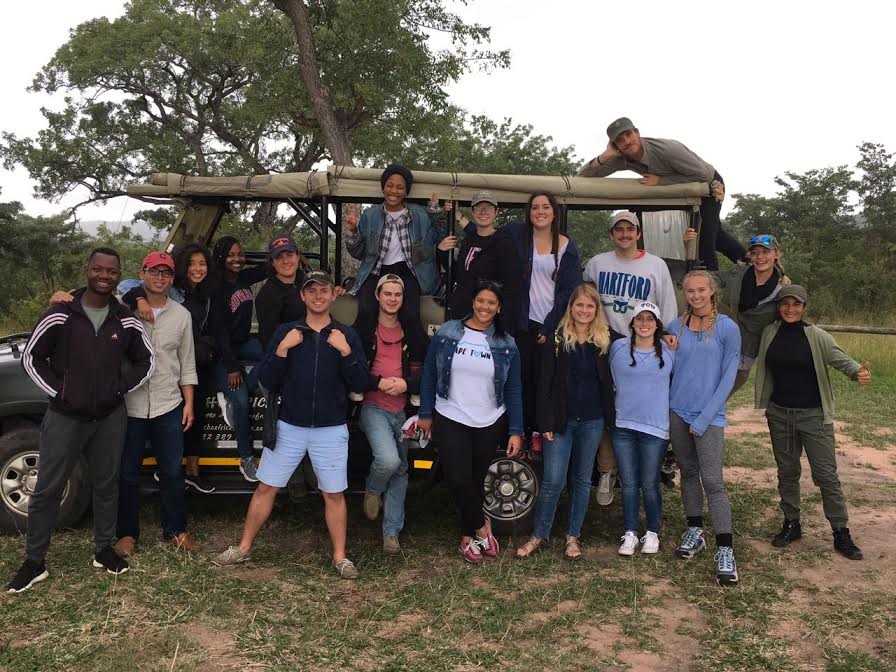 We drove deep into the park, taking dirt roads to find the desired big five; the rhino, the lion, the buffalo, the leopard, and the elephant!  Our guide reminded us that we could not control nature.  On rare occasions he was lucky to see the famous cats of Africa, but many days he didn’t even see an elephant.  On those days, to entertain guests he would follow the path of dung beetles.   Somehow the stars were aligned for our  game drive.  I had no expectations of seeing a big cat or a hunt, but timing was on our side. 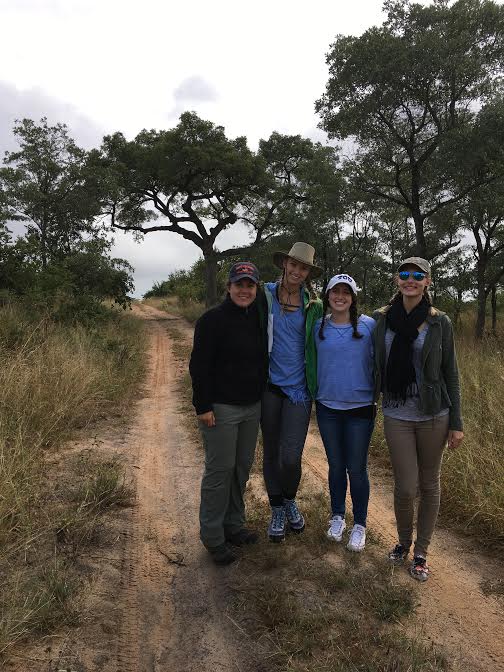 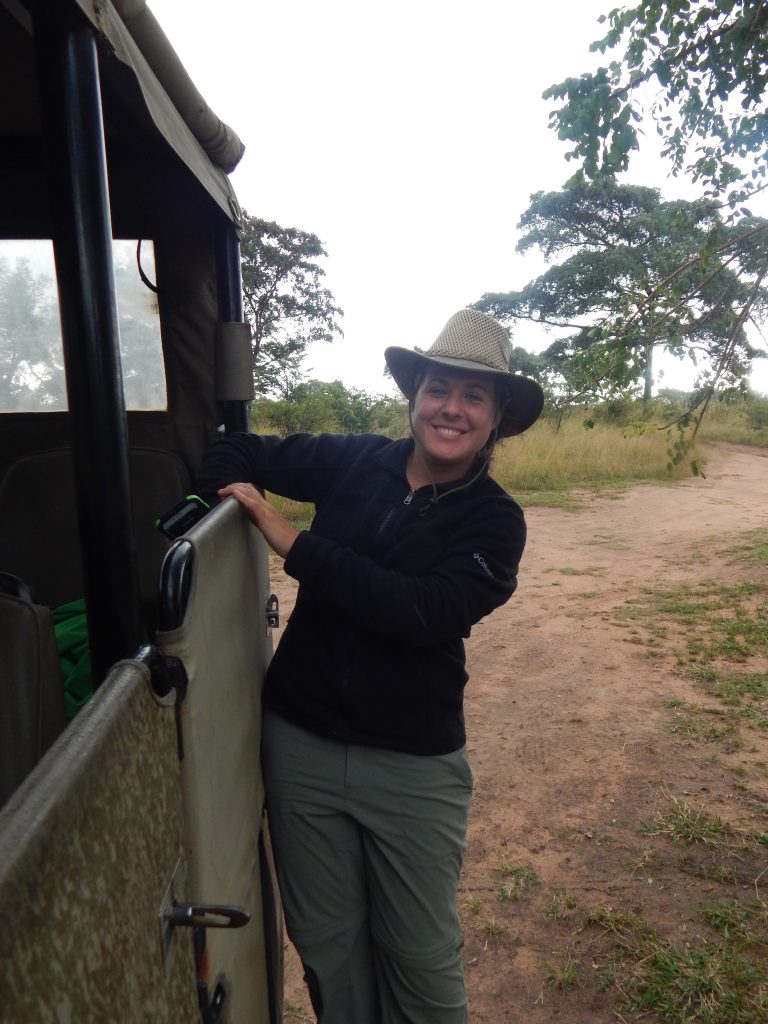 We had many encounters with the “true King of the savanna” (or I should say Queen) the mighty elephant.  Our guide explained how these animals were ‘truly remarkable’; they could remember almost everything and had the power to recreate the landscape (mostly to flatten it) as they walked across the land.  Additionally, they remained in herds ‘ruled’ by the powerful matriarchs who sometimes had to kick out unruly males (a lone male is pictured below).  These teenage elephants would find a new herd or eventually return to their group after ‘maturing’ or the addition of a new female to the group. 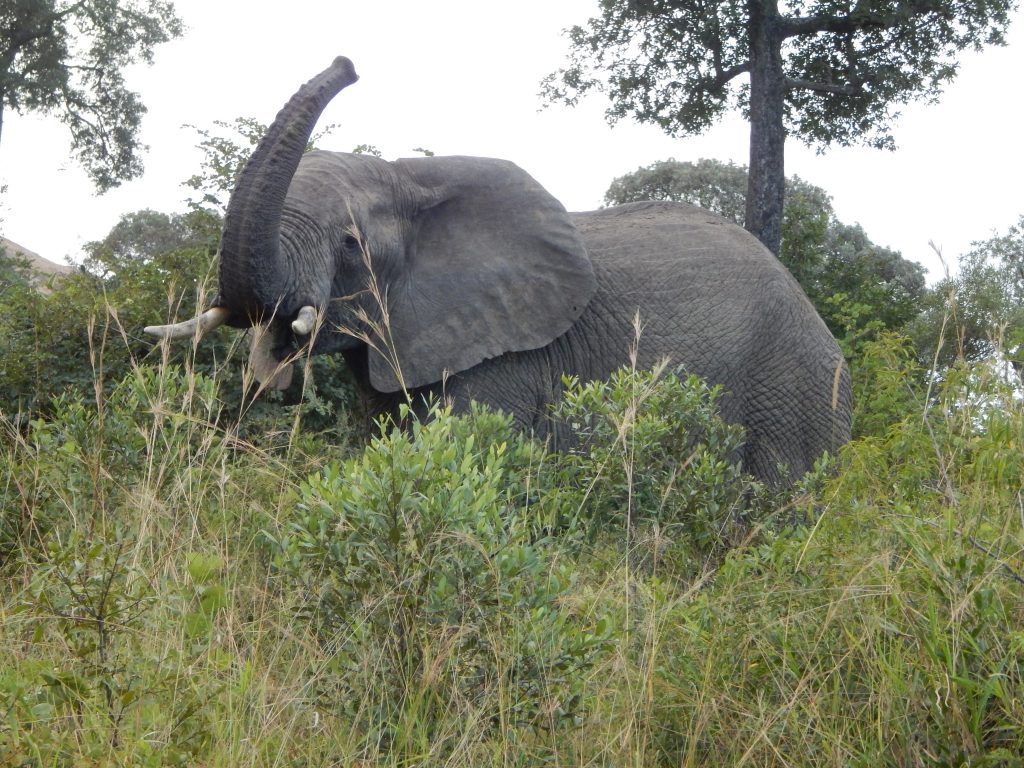 As we journeyed from the back country to the paved road we ironically saw an animal barreling in the distance.  It almost looked like a bear with its awkward lumbering jog.  As we approached I comprehended that I was actually 10 yards away from a hyena.  It was so cool to see an animal not common in zoos or conservation centers in its natural environment.

Nature can be misunderstood, which is why we were disgusted when our guide acknowledged that the hyena had eaten wild dog scat on the roads.  She did this to maintain her scent in the area and he hypothesized that she was returning back to her little ones after being familiar with her on previous drives.  Our guide explained how hyena’s were often thought to be scavengers (after a quite popular Disney movie had damaged their reputation) but he had seen them first hand take down a zebra.  He went on to say that we could return to Kruger multiple times over our lifetime and still never see a wild dog.  There were only 400-500 wild dogs whereas there was 13,000 estimated elephants.

We turned the corner to a lake memorized by the fact that we just saw a hyena and what do you know, there was a wild dog!   Not just one, but a pack, and they were on the hunt.  A formation of dogs took charge against the water bucks feeding on the other side of the water.  It felt like I was watching an epic Medieval battle as we realized the dogs were not the only ones on the prowl.  Sitting in the water was a giant crocodile and agitated hippos!  The dogs ran the bucks for a long time until there only escape was to cross the water.  We saw the territorial hippo charge at the bucks alongside the nearing crocodile… The hippo became super agitated towards the wild dogs for having the bucks disturb their area and the massive guy surfaced.  In this moment the crocodile took his shot and sadly took one of the baby water bucks to the depths.  It was one of the craziest things I’ve ever seen; I don’t think national geographic could have captured all the aspects of the hunt. 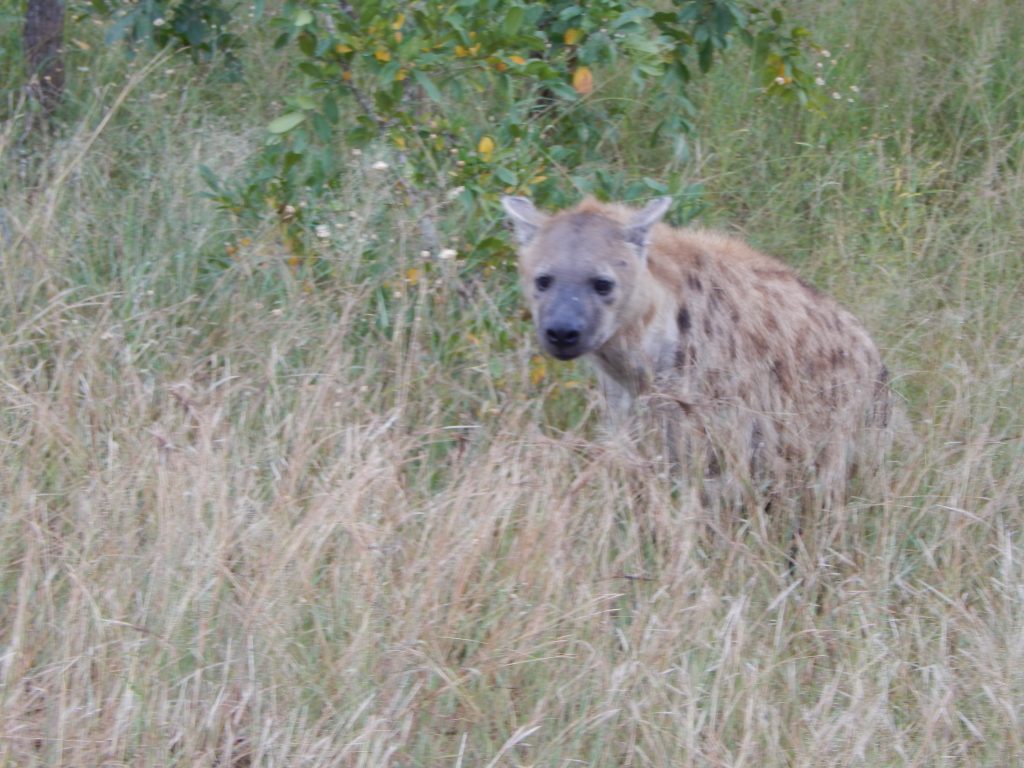 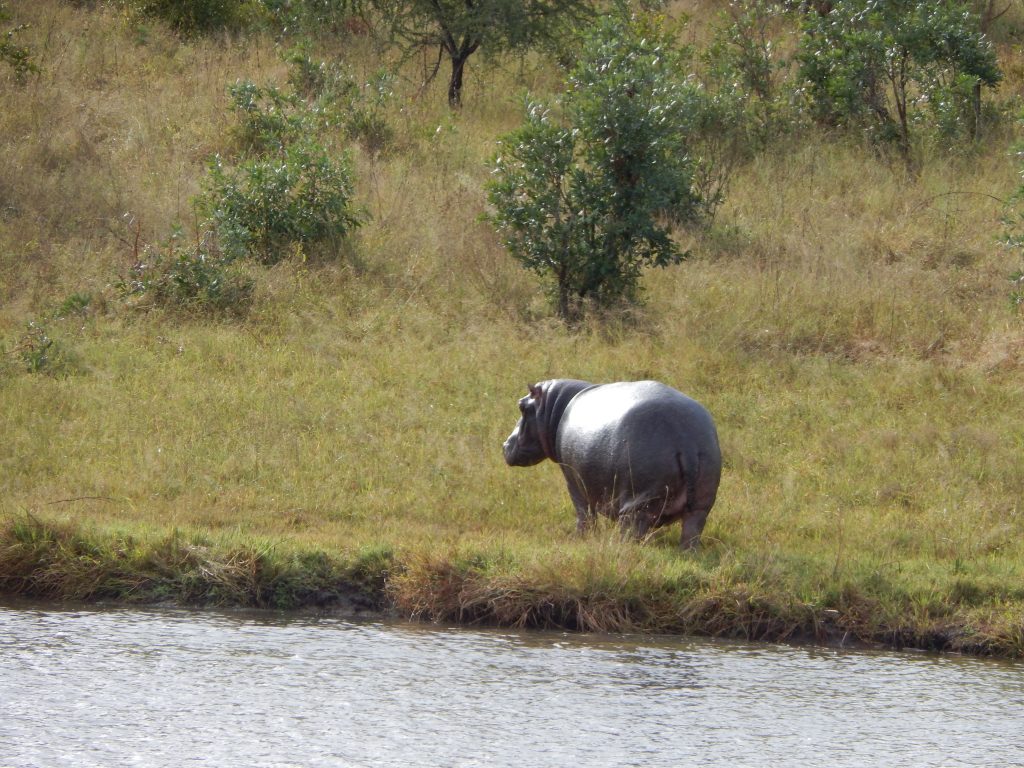 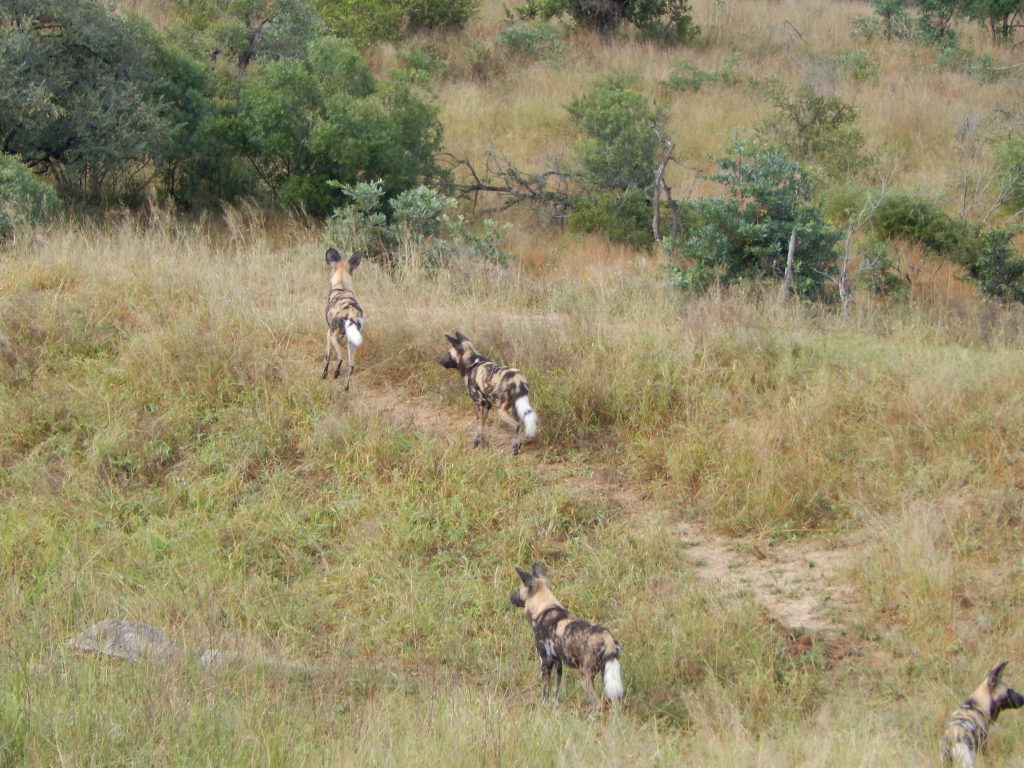 We knew nothing could top what we had just seen, but the addition of new animal sighting just made the day all the more special.  As pictured below, we also saw giraffes, zebras, a rhino, and warthogs. 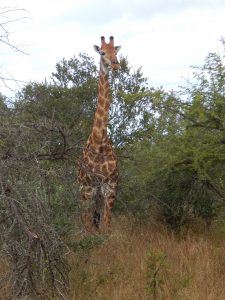 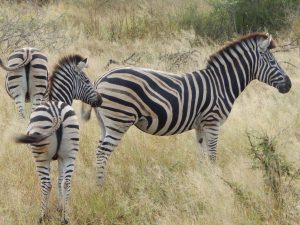 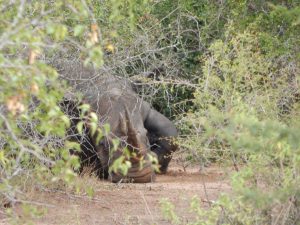 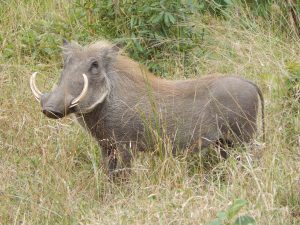 We finished off a great day with additional excitement.  At our dinner, a monkey quickly ran onto our dining table and stole my friends meal, it was quite hilarious.  As we made our way back home, five minutes from the gate we were privileged to view a strolling cat cross the road.  We had traveled deep into Kruger to see big cats, yet here was the most elusive cat in Africa, the leopard, close to ‘civilization’.  It had to be one of the best days of my life 🙂 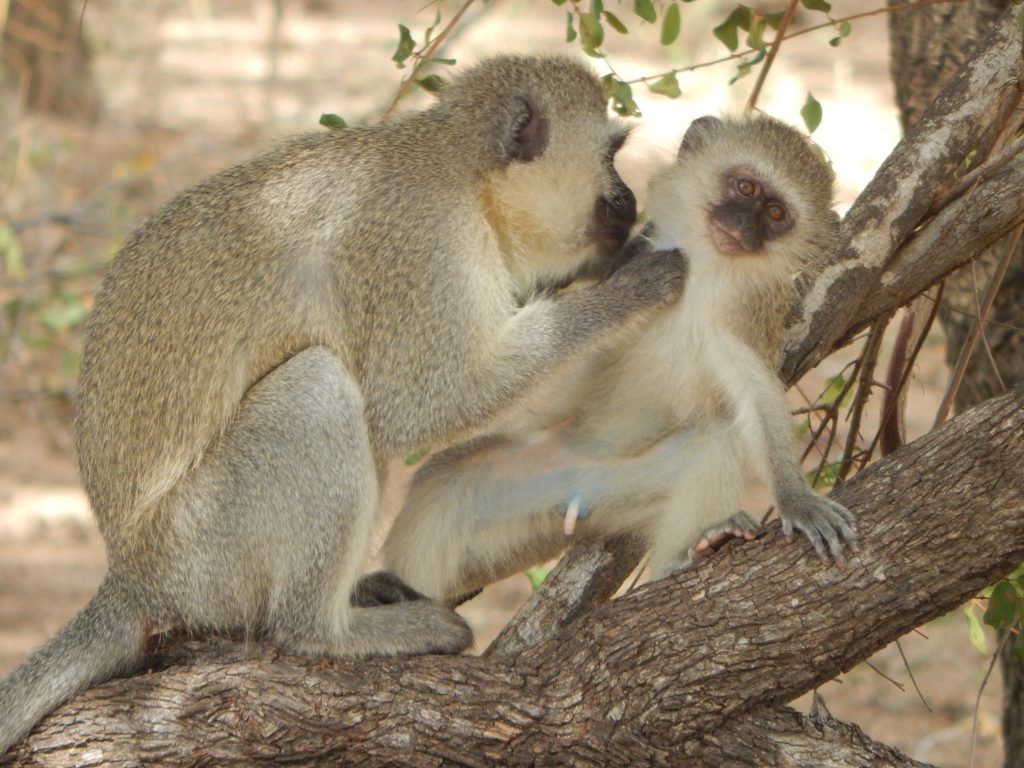 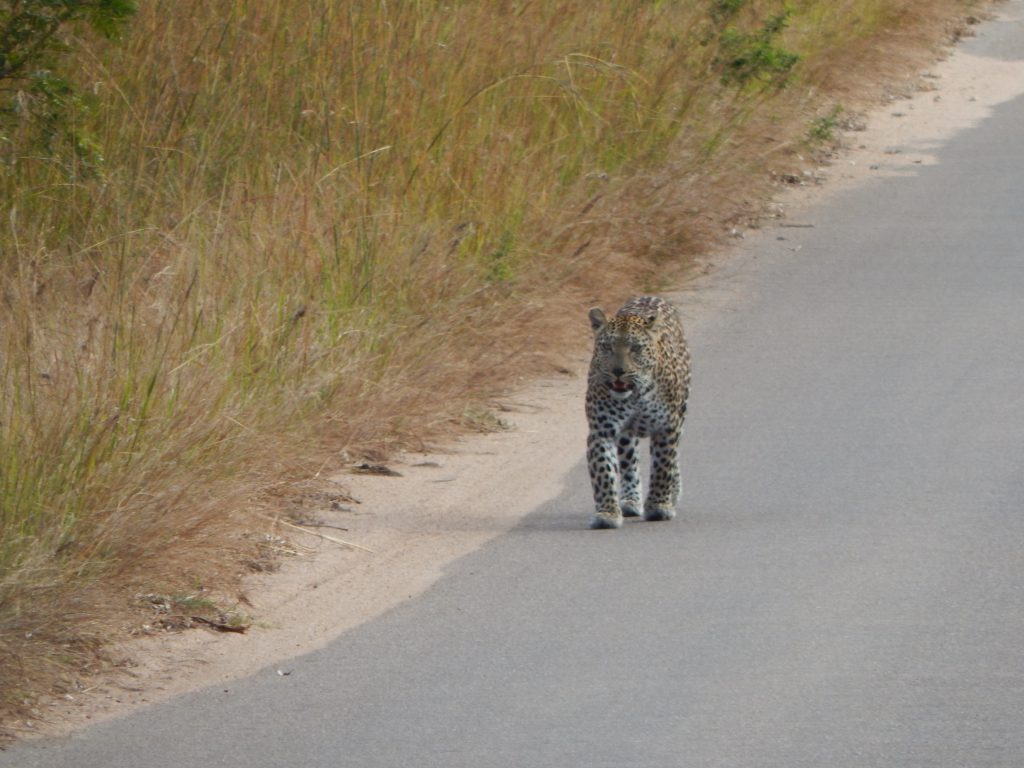