Nervousness seemed unable to find me as I finally reached Prague, Czech Republic, on the peaceful morning of January 30th.  This tranquility is likely connected to a few aspects of my arrival.  Minutes before the plane touched down, the sun ascended from the horizon and danced across the city.  The yellow-orange rays continued to provide me with reassurance as they radiated through the windows at the quiet airport’s baggage claim.

The initial impressions of beauty along with the anticipated profundity of spending time on a different continent for months caused the first couple of days to seem completely surreal.  Six days later, the fact that I am living in Prague remains incomprehensible.  I consider myself practically the opposite of a city-slicker and frankly never imagined I’d live among a population 37 times larger than that of Holland, MI.  Quaint shops, residential streets, and Lake Michigan have been replaced by tall buildings, the bustling metro, and Vltava River.

The rich history and impeccable architecture generate curiosity and wonder as I stumble around this enchanting place.  I have happily fallen into a handful of tourist traps without much regret.  Despite being warned about the overpriced ‘chimney cakes’ by our super-awesome Czech flat buddy, my flatmates and I found ourselves being asked whether we wanted ours with chocolate or ice cream.  Warm chocolate seemed the logical choice given the 40-degree weather.  After scarfing down some of the baked dough cylinders, the hours of exploring continued.  We discovered an old clock tower and trekked up to the top where we received a breath-taking view of Prague.

The change may sometimes feel overwhelming; however, the stellar people I’ve encountered make the transition fluid and exciting.  When in Prague wear comfortable shoes, grab an adventurous companion, and be prepared to be captivated by this lovable city. 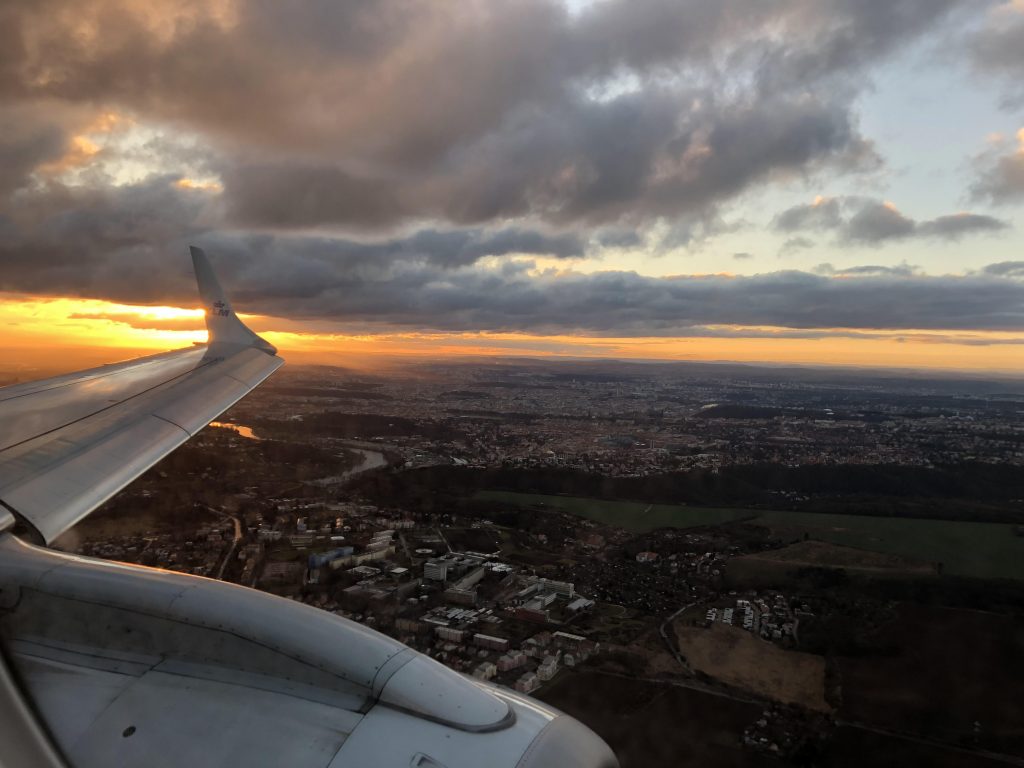 View from airplane window during descent 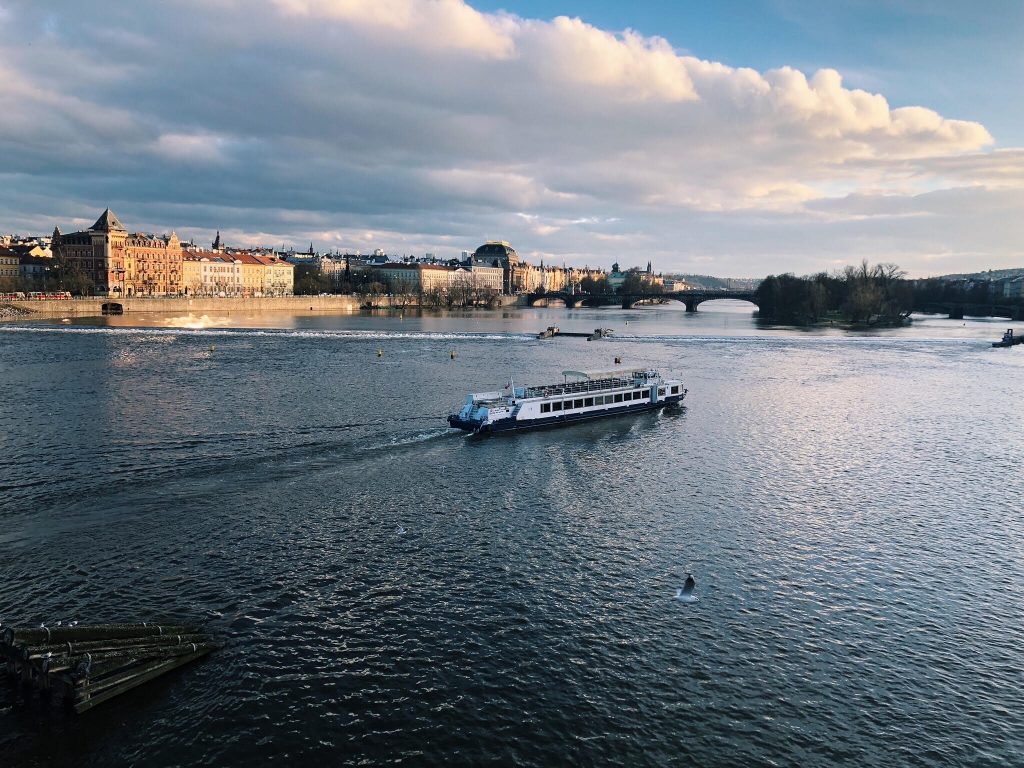 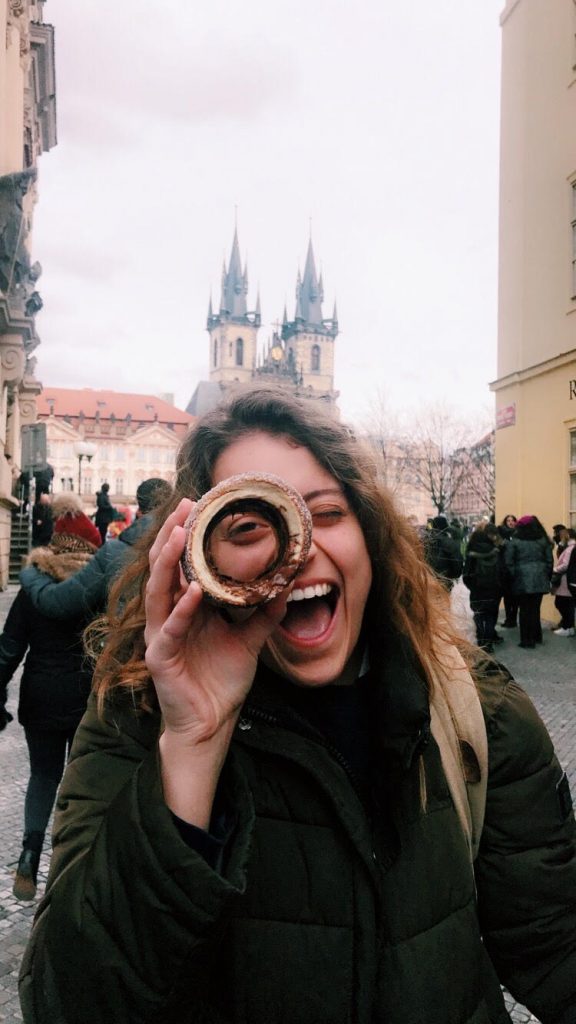 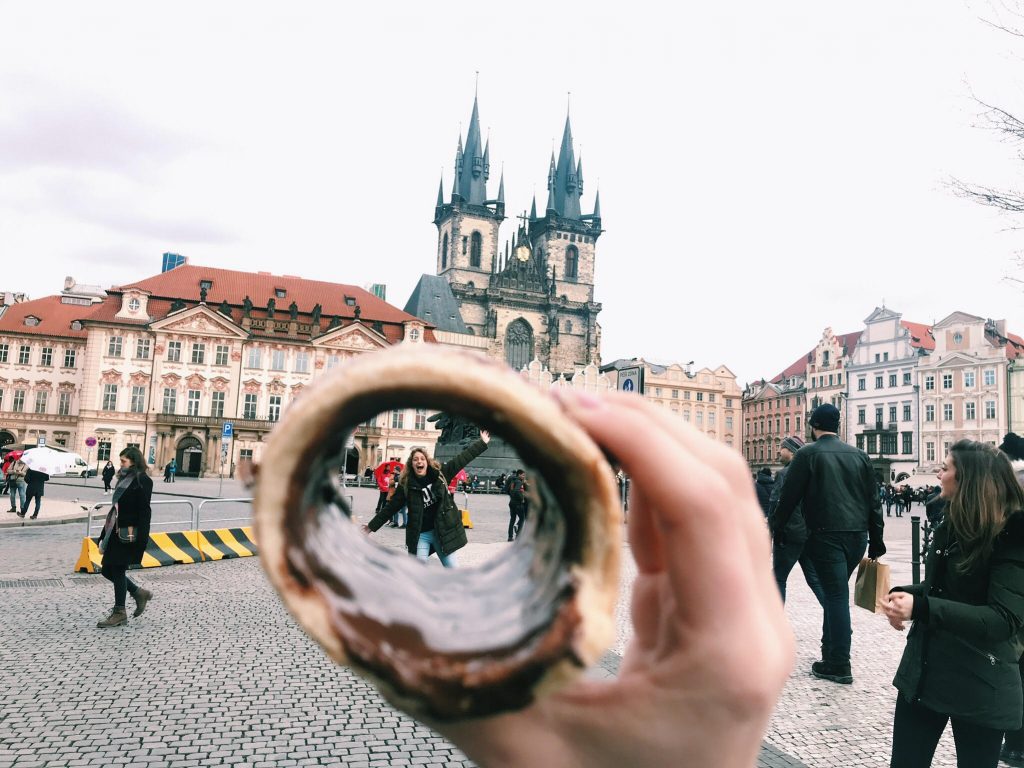 Being touristy in Old Town Square 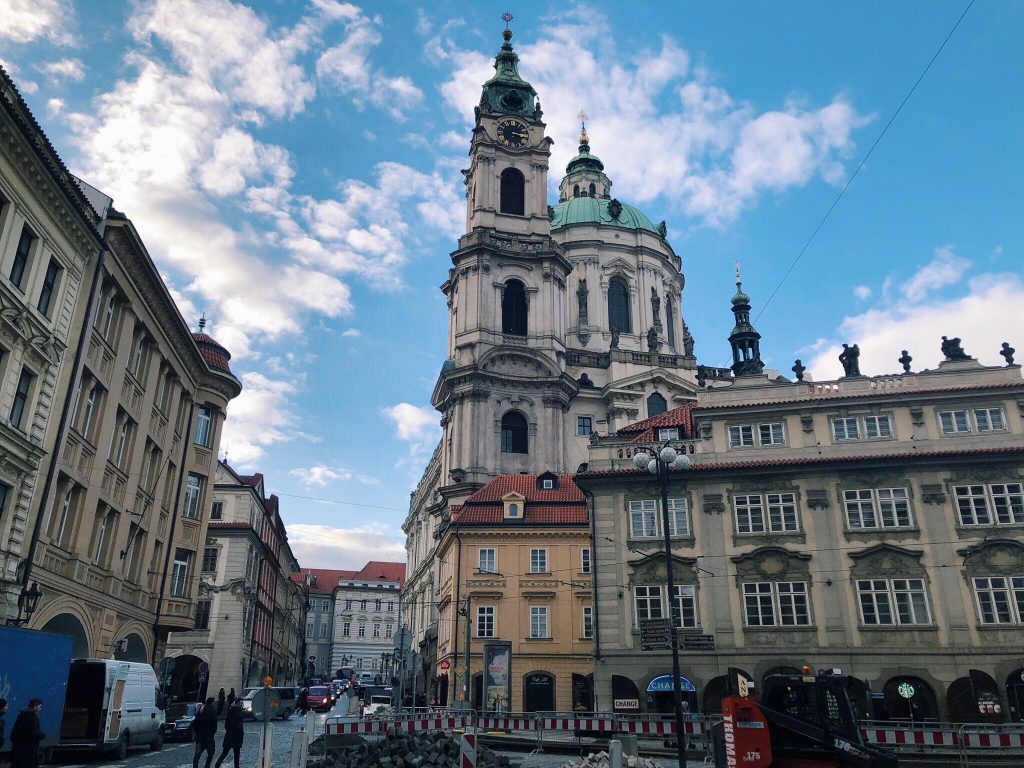 View of clock tower from the street 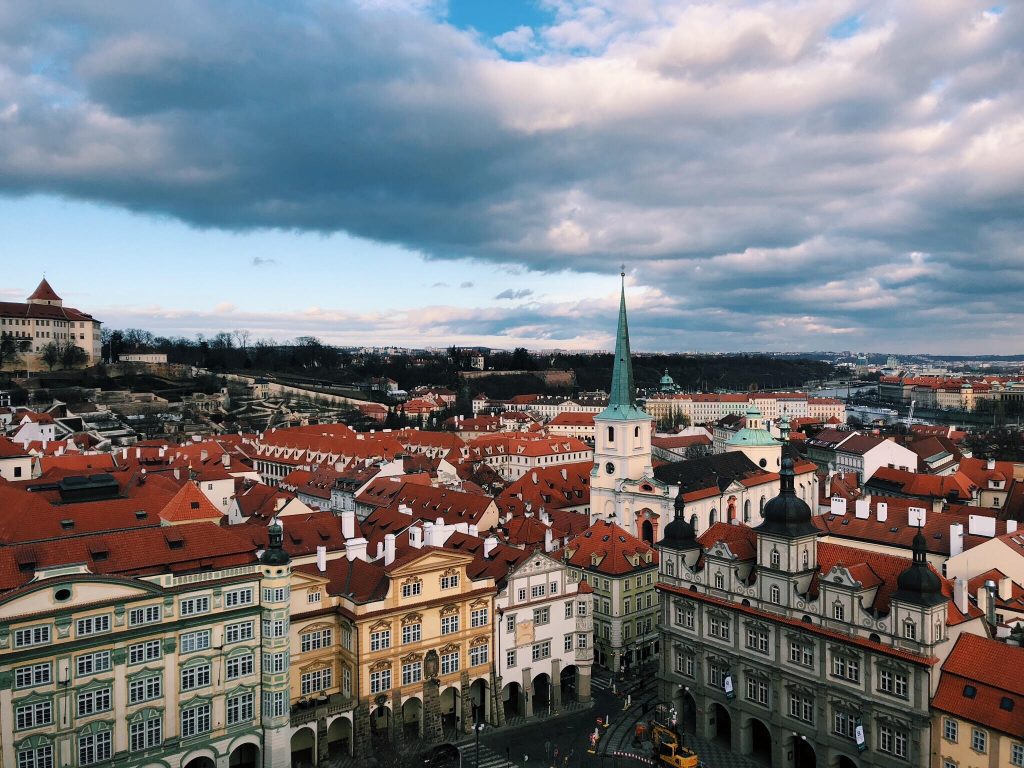 View from top of clock tower 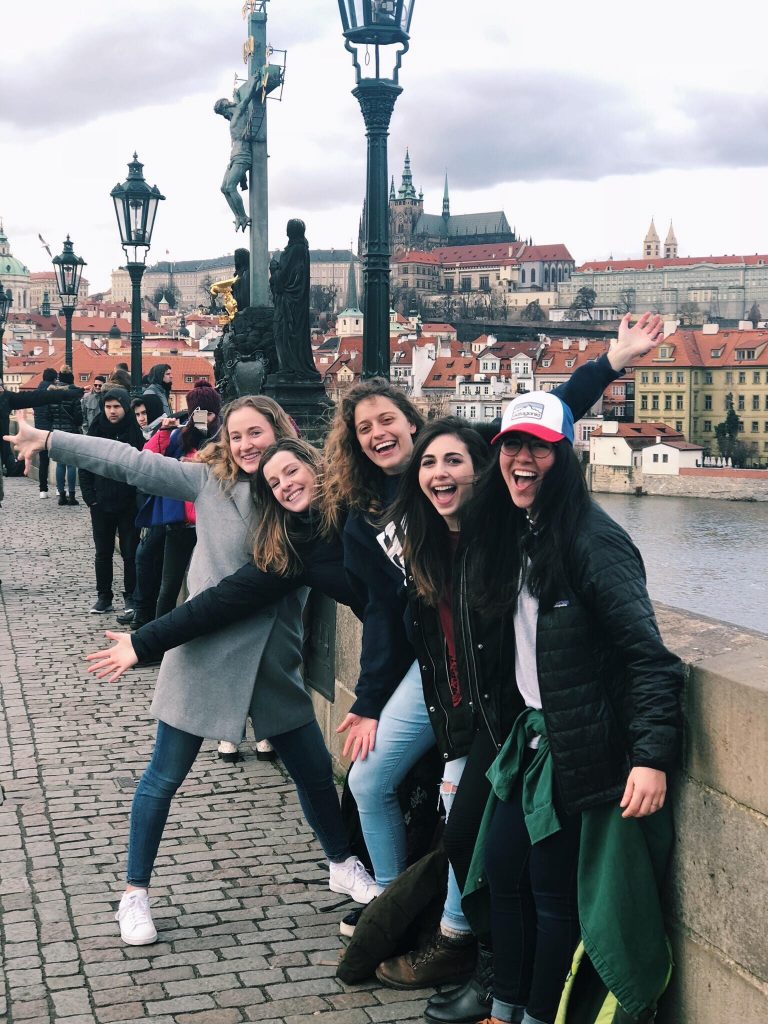