This isn’t actually my first “exchange” to Europe — in 2012, at the age of 15, I was fortunate enough to be able to go on a two week tour of Europe with a youth orchestra. We stayed with host families in the communities we visited and traveled through Germany and France. It was an amazing experience that I still look back on with great fondness. In fact, it made such an impact on me that I considered trying to study abroad in one of the German cities that I had visited as a freshman in high school.

So naturally, I reached out to the organization — Blue Lake Fine Arts Camp — to see if any of the five or so youth ensembles would be coming to Freiburg this summer.

As it turned out, the Blue Lake International Youth Choir would be performing in Badenweiler, which is a village about 23 miles south of Freiburg. Unfortunately, there was no direct way for me to get there. I was determined, though, and so yesterday evening I embarked on a 2 hour journey to Badenweiler.

It was really sweet because the conductor (actually the choir director from Albion College) was doing his concert “speech” in German for the first time and would occasionally ask the audience for grammar or vocab help, and the audience was happy to oblige him. In fact, I and everyone else seemed to be really enjoying the performance: they were getting really excited about the Gospel songs the choir was singing, and were clapping along during the song and whistling and whooping at the end. The music was all characteristically American, with selections from Gospel, folk hymns, and Broadway- including Hamilton! These are the songs and music styles that I grew up hearing and that remind me of our history, and they just don’t exist in the same way in Germany. I missed them a lot this semester!

Unfortunately, I ended up having to leave before the concert ended, because I had to walk another hour back to the train station to catch the evening train home! Had I missed it, I would’ve had to wait at least an hour for the next train, and I didn’t want to do that. It was really cool that I was able to cross paths with this little piece of my past in the countryside of Germany. I’m going home in about three weeks — what a perfect time for a little shot of nostalgia and home! 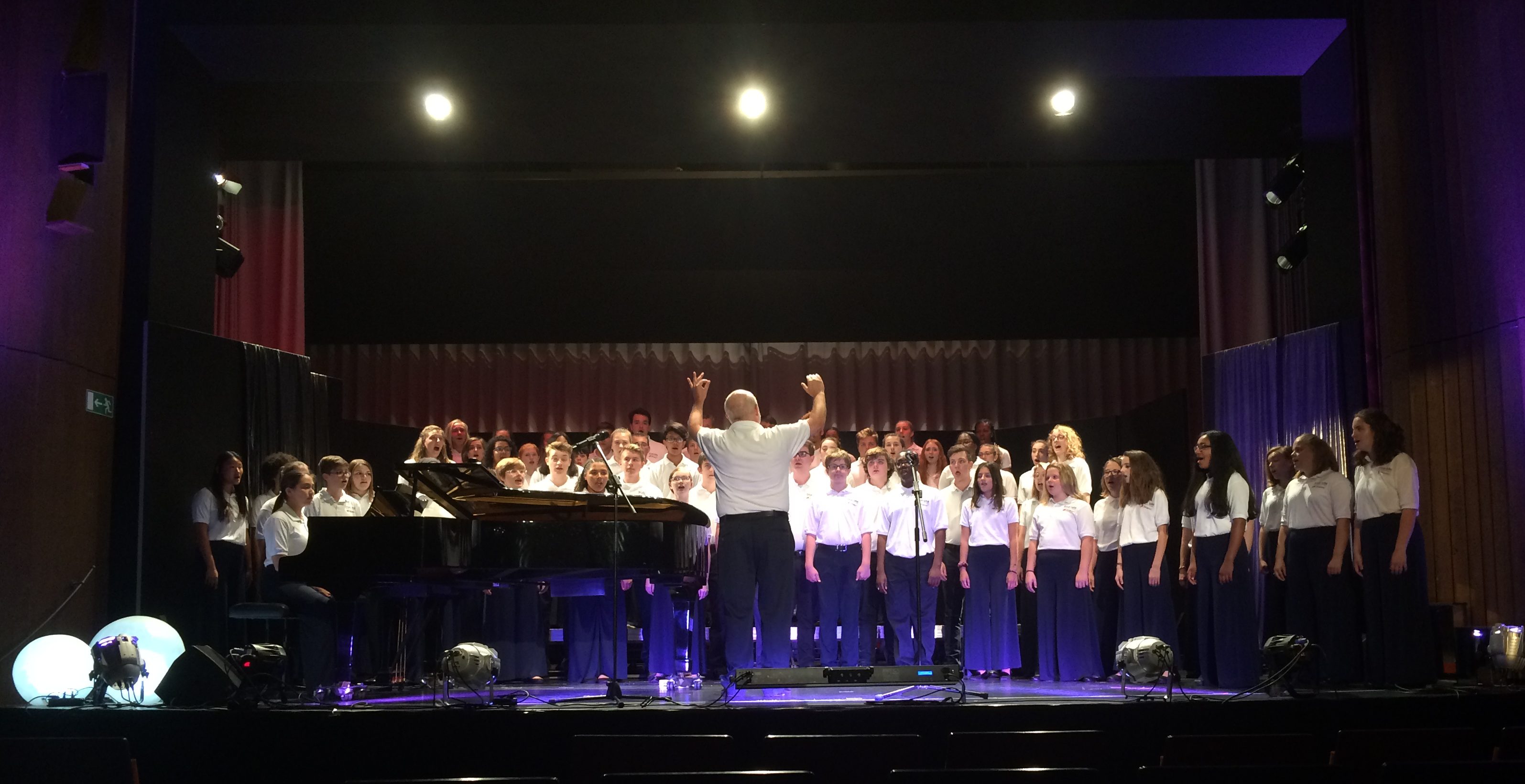