Today, March 25, is a double holiday for the Greeks; Greek Independence Day, as well as the feast day of the Annunciation of the Blessed Virgin Mary are celebrated on this day.

Greece began to become independent from the Ottoman Turks in 1829. The exact date of the liberation was not March 25, but since the day is a significant Orthodox holiday the two were blended into one celebration. Today there was a huge military parade through the main square. Ranks and ranks of military personnel marched proudly through the street. The line of tanks and jeeps of every size and shape seemed almost endless. Incredible amounts of artillery passed in front of me, while helicopters and jets flew overhead. It was an impressive and awe-inspiring display of the Greek military forces. As soon as the parade began, we started to clap and we did not stop clapping until the very last person passed an hour later. There was an incredible feeling of pride and vocation among those in the parade and those who were watching.

The feast day of the Annunciation of the Blessed Virgin Mary is the celebration of the day when the angel Gabriel appeared to the Virgin Mary and told her she would conceive the baby Jesus.  This holiday, of course, occurs nine months before Christmas day. The Annunciation is a very common subject of Christian art. Yesterday I visited a middle Byzantine monastery in Daphni and saw a beautiful mosaic of the Annunciation. I made sure to take a photo in honor of the holiday! 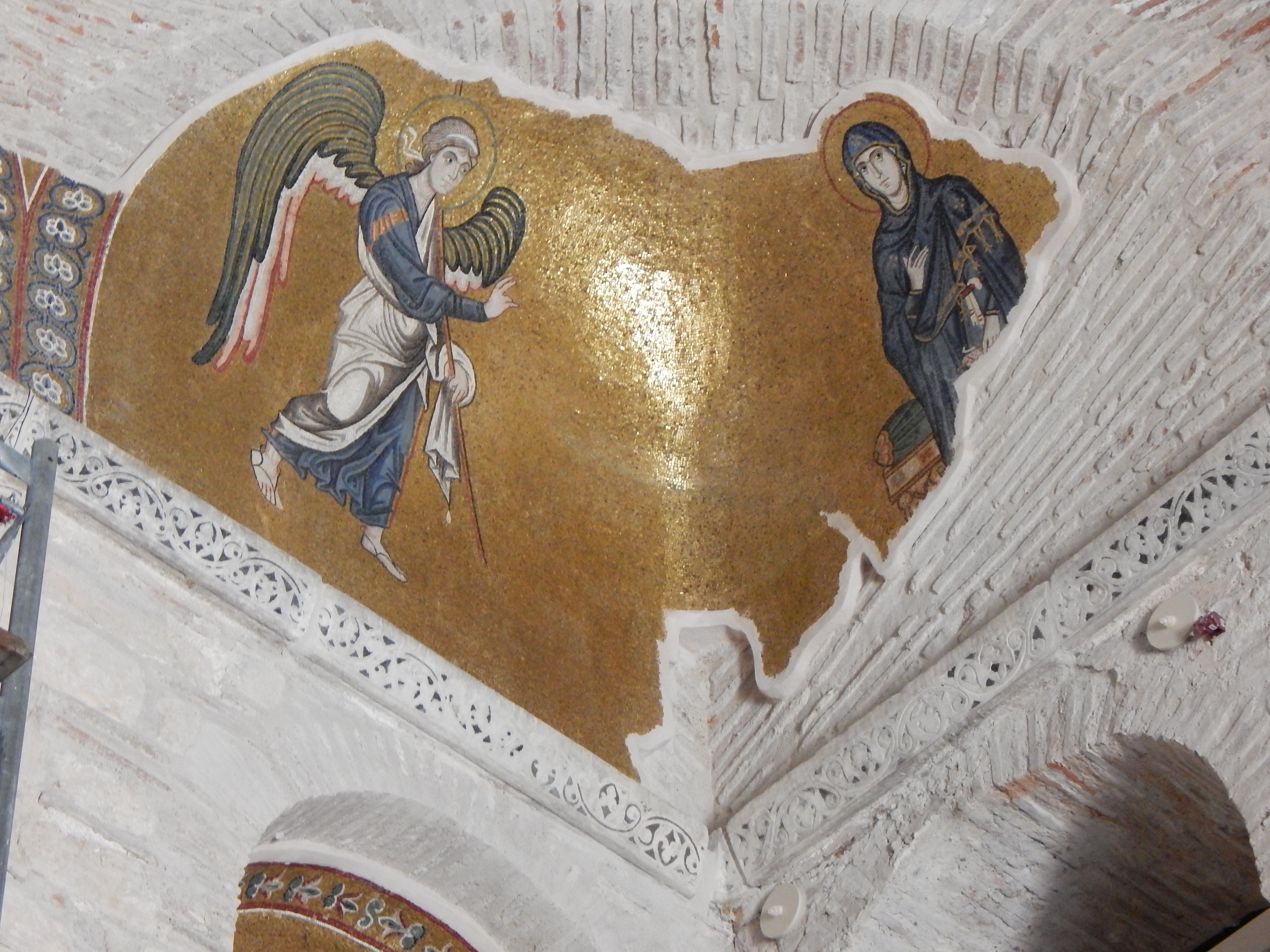 A mosaic of the angel Gabriel appearing to Mary –  Daphni Monastery (11th c.)

The weather is becoming so nice. We have had several days of sun and 70 degree weather. Since it gets to be around 100 in the summer, the Greeks don’t consider 70 degrees to be all that warm. I actually saw a doting mother put a snow hat on her young son yesterday, though I was sweating in my t-shirt. In an effort to blend in, I am resisting wearing dresses and sandals, though I would certainly wear them in this weather at home. Tomorrow we’re heading to the beach because the temperature will be nearly 80. Hopefully we don’t see a single parka!