Since my last post we’ve have traveled to Luxembourg, Paris, and Brussels, gone to the Swiss Alps, Lucerne, little towns in northern France, castle ruins in southern Germany, Munich, Strasbourg, studied the inner workings of the EU by visiting the institutions, conversed over problems in the Middle East and the way immigrants are integrated (or failed to be integrated) into each member state, all the while having a full course load, midterms, papers, trying to be part of the community in our living space, and enjoying all that Freiburg has to offer. It has been quite an experience to say the least- one that at the moment, has left me struggling to make sense of all that I have absorbed and left feeling a bit overwhelmed by the grand immensity of our world’s problems.

I have finally settled into a routine, just in time before the program does our last big trip together to different member states to study political stability. In the last week of November, I will be going to Budapest, Athens and Bucharest to get a better perspective on the stability of these newer EU member states along with a third of IES EU. In early October, the whole program went to Luxembourg, Brussels and Paris by bus to visit the institutions, think tanks, a Foreign Ministry etc. Each of the courses available to students in the program had individual meetings as well, each focused on a certain theme. We visited the European Court of Justice in Luxembourg and on that same day we drove to Brussels. My favorite meeting in this city was with the European Network against Racism where they gave us their perspective on immigration policies. Their passion was contagious! Other meetings in our visit included a Turkish Embassy, a progressive left-wing think tank, and the Foundation for European Progressive Studies. As a group we traveled to the European Commission, the European Court of Justice, and the French Foreign Ministry. Most of the week that we spent traveling was taken up by our meetings, which only made our free time that much more valued in terms of sight seeing. IES set up a river tour and a trip to Versailles during our stay in Paris so we could do something relaxing as a group! While our time was a bit rushed as we all tried to eat as many national delicacies like macaroons, chips and mussels, and chocolate as possible, all while sight seeing such beautiful cities, it was a perfect trip! 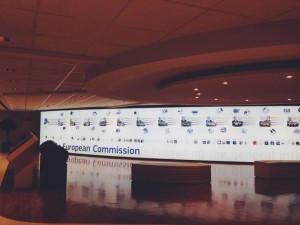 On a Wednesday we took a day trip to Strasbourg and had a first hand perspective on how decisions are administered in the European Parliament and even sat in to a session! There, each meeting is translated live in all of the member’s languages, which was incredibly fascinating to see in person! After studying how member countries are becoming more hesitant on the supranational power growing, we could see the effects of such notions by Great Britain having miniature state flags on their desks representing that they will be putting their state’s interests first, for example. 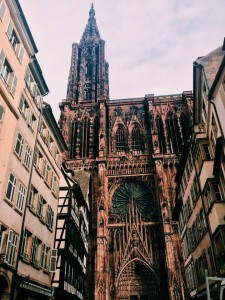 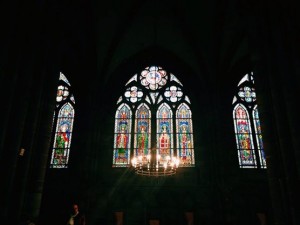 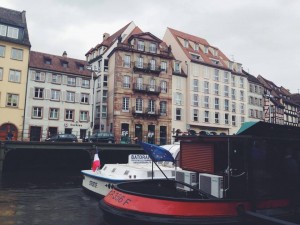 One of my favorite weekend trips so far has been to Munich where I met up with a Hope Alumni, dear friend and Fulbright Scholar. Susan graduated last year and is currently teaching English in Perpignan, France. It worked out that she was in her fall break and was able to meet up for the weekend. After she came back to Freiburg for three days! Although I had wanted to visit this city when the famous Oktoberfest was occurring, I was thankful to be able to see Munich without the chaos. We had a lovely time visiting the English Gardens, Lenbach House, Marienplatz, its New Town Hall, St. Peter’s Church, and Nymphenburg Palace. This city is large yet manageable and has such a strong Bavarian splendor. While I haven’t really experienced homesickness while I’ve been here, it was so nice to be able to talk with someone that has shared the same environment and show her my new community. 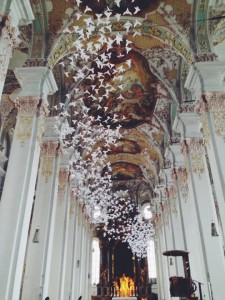 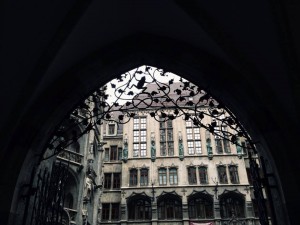 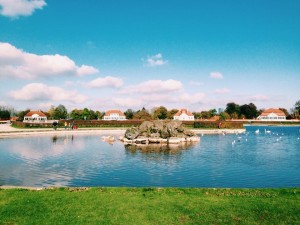 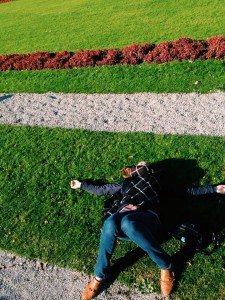 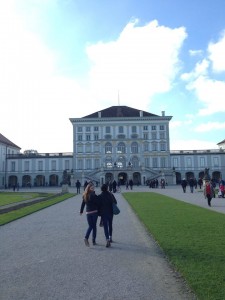