The University of Aberdeen’s final exam schedule is spread out across three weeks. Because of this extended time frame, a few friends and I were able to fit a two-day trip to the Shetland Islands between studying for exams.

The Shetland Islands are a group of islands north of mainland Scotland. We took an overnight ferry to and from the islands, staying one night on the island. We arrived in Lerwick, the largest city in Shetland, located on its South Island. Not having very long, we stuck to exploring this south island. We started by going to a museum in Lerwick to learn about the history of the islands. While we were leaving, someone started yelling that there was a pod of killer whales out in the harbour, so we all ran to the pier to see. They were really close and it was really incredible to watch as the three or four large black fins turned to retreat back to sea!

We then bused from Lerwick to Scalloway to explore a castle. I have seen a handful of castles since being in Scotland, but this was probably my favorite one. A friend of mine on the trip, and fellow Scooby-Doo aficionado, agreed with me that it looked like it was straight out of an episode of Scooby-Doo.

We stayed the night in Dunrossness, which happens to be really beautiful. It gave us the opportunity to watch some sea birds over the cliffs and look out at seals just off the beach. And, on my morning run, I actually stumbled upon a pod of seals lying on the beach that then hurried into the water. As I ran along the cliff edge, they swam beside me in the water looking up at me. If you have never interacted with seals before, this is not too uncommon for them. They are really curious animals, and the large number of them that I have gotten to see since being here is one of my favorite parts about Scotland. In Shetland, we also were able to walk past several Shetland ponies.

The next day, we headed down to Sumburgh, and walked along a coastal path up to the Sumburgh Head Lighthouse. A friend of ours had said we might be able to see puffins here depending on the time of year we went, and we were really hoping to see these (I have a bit of an obsession with sea birds, especially puffins). There were TONS of them! Since they nest higher up in the cliffs too, you can actually get really close to them. It was everything I could have possibly hoped for! The lighthouse and views from the cliff were pretty incredible as well. 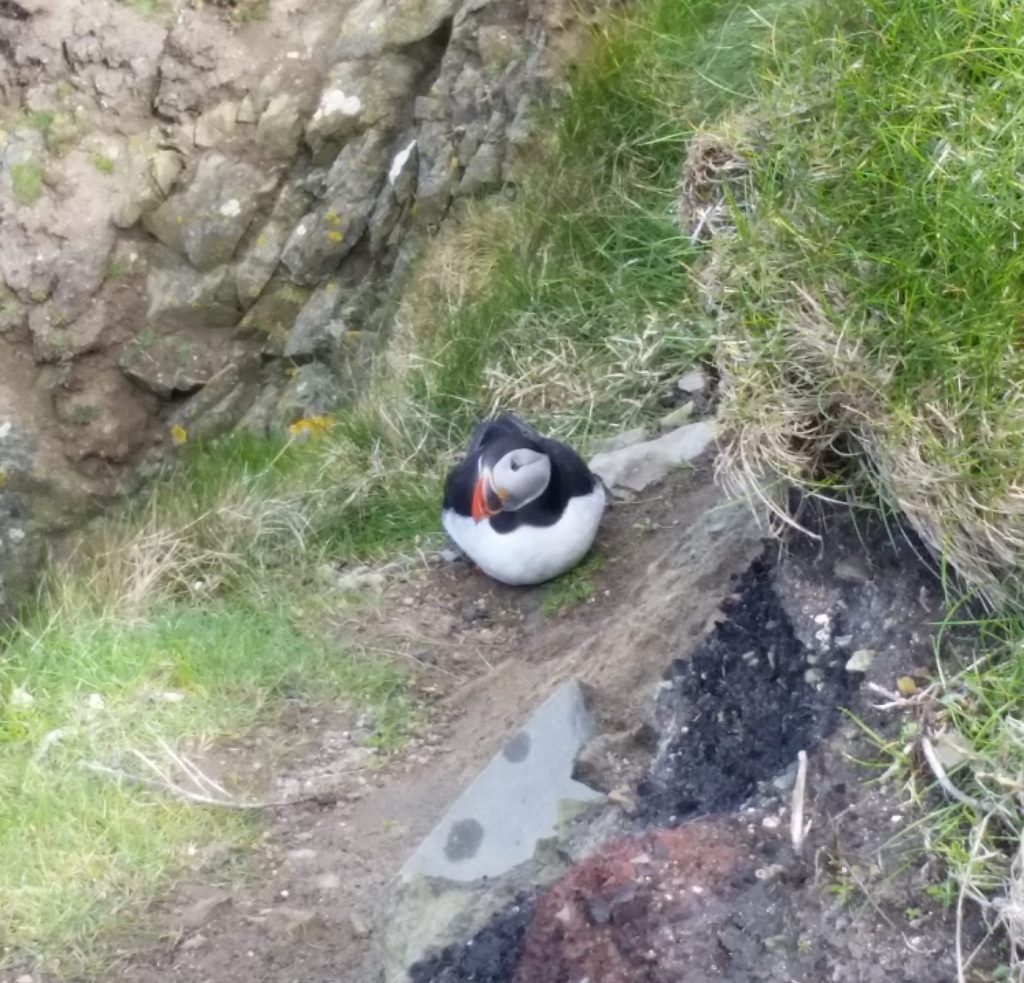 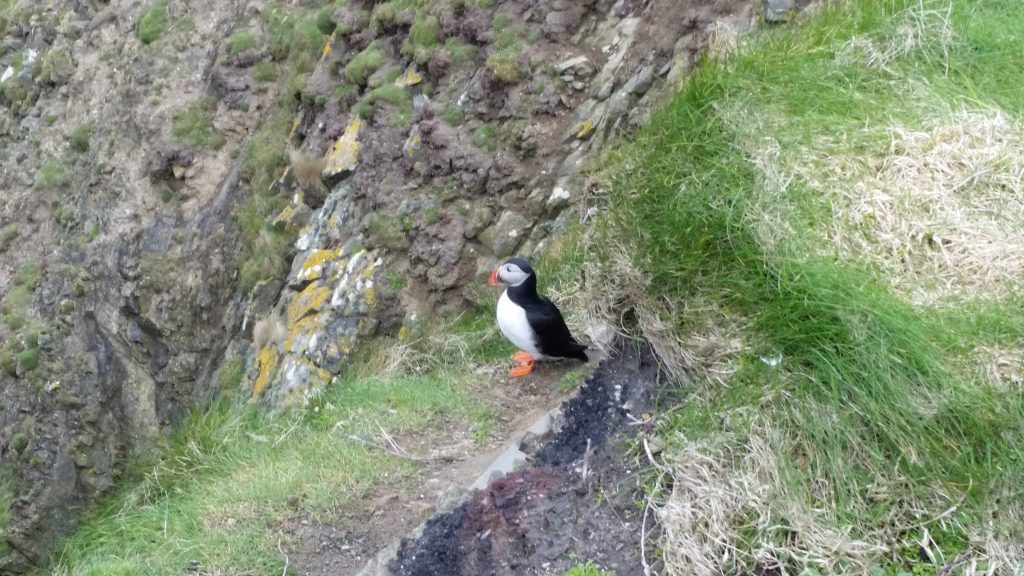