My time doing my ISP has come and gone so much faster than expected! At the beginning of the month is seemed that I had all the time in the world. I was surprised at how quickly the weeks went past. It started with me navigating the New Delhi Railway station on my own. Luckily I found my train and my seat without too much trouble. I spent the first two weeks of my ISP in Varanasi. That city is so beautiful. I am thankful that I was able to spend some time there taking it all in. One of the best things to do in the city is spend time on the ghats by the Ganges. They are great places to sit and observe people in a variety of activities. In any given time you will see people bathing and performing other religious rituals by the water.

One afternoon I was sitting on the stairs of a ghat when I hear the loud MOO of a bull. This is not an uncommon sound to hear anywhere in India but this one was close enough to make me turn around. I turned around just in time to see a huge bull walking down the stairs right towards me. Now I am not one to be afraid of cows. I had been walking past cows everyday on my way to school for the past 2.5 months but this bull had horns and I wasn’t about to stand in his way. (Also, isn’t there a belief that cows can’t go down stairs? I’m here to say that isn’t true).

The second half of my ISP month was spent in McLeod Ganj. Since my research was completed and it was getting hot in Varanasi I decided that retreating to the mountains might be nice. Getting there required a 20 hour (always more because…. India) train ride and a 3 hour taxi ride. I wasn’t worried about this. I figured I could sleep through the night and if I charged my laptop I could watch movies during the day. Also, I splurged and bought the 2AC ticket which meant I only had to share my train “compartment” with 5 other people (men) instead of 7. Everything about traveling to the mountains went great. Oh, except that I got violently ill only a few hours into the train ride. I will spare the details but it was not good. Instead of sleeping through the night as planned I was up with the chills and going to use the bathroom (hole in train floor) every hour. Every other sickness I have will now be measured on a scale from 1 to this train ride. I was only sick for a few more days once I arrived in McLeod Ganj. I had a great time writing my paper, meeting new friends, and eating Tibetan food. I still cannot quite believe that it is over. Next step: presentations! 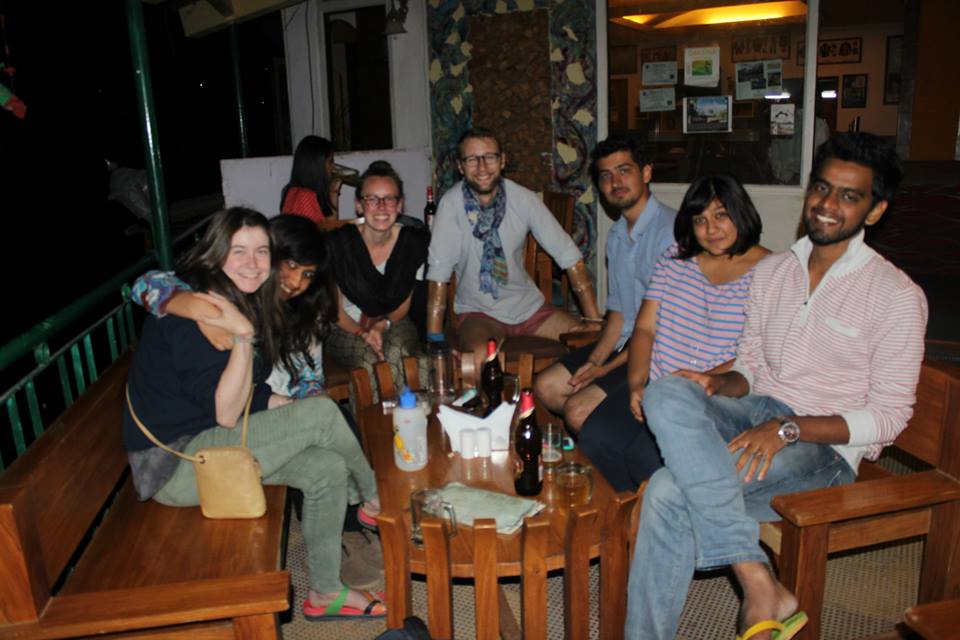