I am going to go out on a limb and guess that you did not get to bed before 10 pm on your 21st birthday, and I am probably right. I, however, had a slightly different experience. For one, the only thing you get in Germany for turning 21 is the ability to legally rent a car, so it is not nearly as significant as in the U.S. In addition, I had to be ready to leave for the Freiburg train station by 5:45 am for our first week-long trip with our program.

The train ride to Berlin took about 6 hours, during which many of us got to get to know each other better, listen to music and read, or (the most popular choice) sleep. After arrival, we were confronted by the extensive public transportation network in Berlin and managed to locate two very important things. 1) Our hostel and 2) The best döner kebab place in town.

We then were taken on a two hour walking tour of Berlin which started at the Reichstag, the German parliament building. Our tour guide then took us to see many famous sights in the area including the Brandenburg Gate, Checkpoint Charlie, and the Memorial to the Murdered Jews of Europe. As we made our way through the city, our tour guide stated that during WWII, roughly 80% of Berlin was destroyed. In fact, much of Berlin is filled with modern-looking buildings and looking back, I would argue that it was more similar to most big cities in the US than it was to Freiburg. 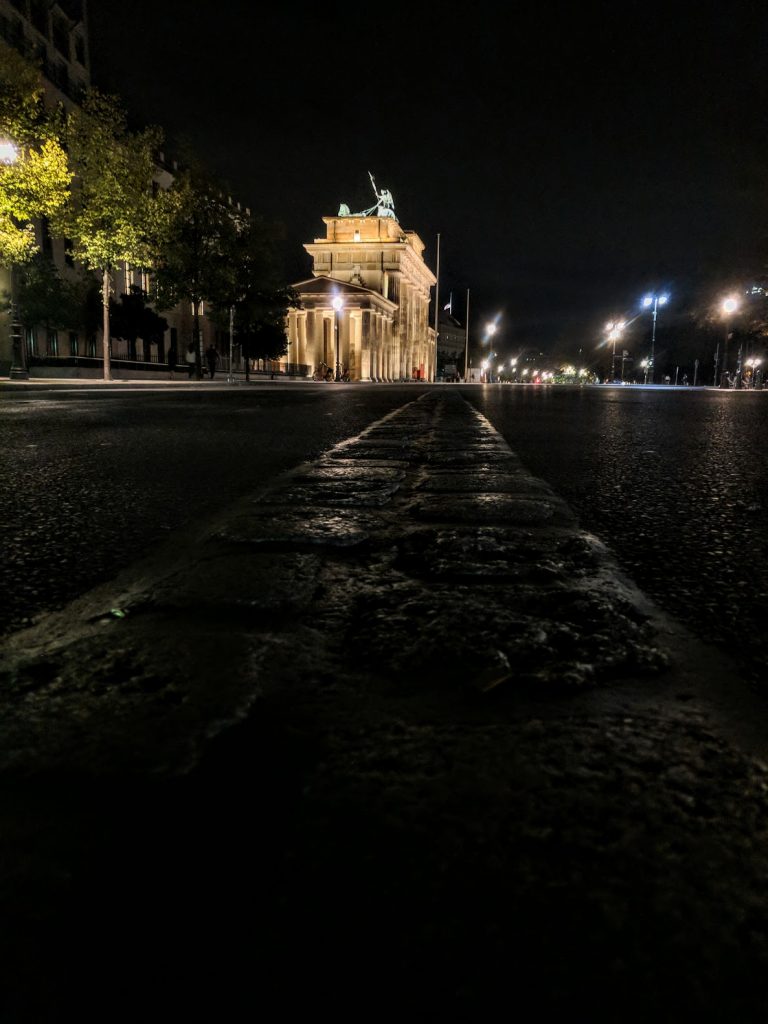 This line of cobblestones marks where the Berlin Wall once stood. Behind is the Brandenburg Gate.

The next day we took a visit to the former Stasi prison, where the GDR (former East Germany) held many political prisoners and dissenters for interrogations. This ruthless prison was hidden from the public and many forms of psychological torture were used by the Stasi to get what they wanted from their prisoners.

After eating another kebab for lunch, we heard from a political analyst on Germany’s role in the European Union and went to the East Side Gallery to check out the artwork displayed along a long stretch of a remaining portion of the Berlin Wall. The following are some of the highlights I saw 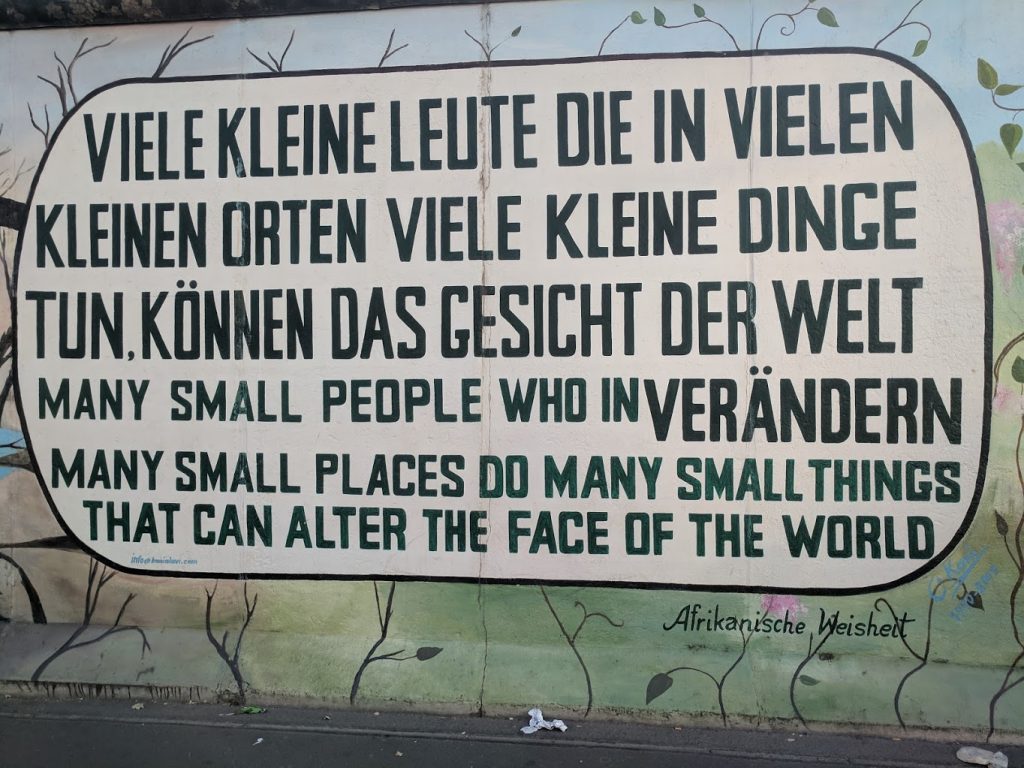 After hearing from a German professor from Stanford University about the German perspective on the migration crisis, we had plenty of free time to spend around the city. Another aspect of Berlin’s rich history is the plethora of fantastic museums located right in the city.  Though it has been going through major renovations, the Pergamon Museum has incredible displays of historical architecture and artifacts from the times of ancient Babylon to the Roman Empire. The Neues Museum was another museum I visited, and it is the home of the famous bust of Nefertiti.

After our time in Berlin came to a close, we took another train out to Warsaw, where we would be for the next two days. Upon our arrival, we made a quick stop at our hotel and headed straight to the city center for a walking tour with our hilarious Polish tour guide who went by the name Jack. For some reason I had a hard time believing that this was his given name, but he was funny so we just went along with it.

By the time we finished our city tour it was dark outside, and we made our way to another beautiful square for dinner. Most of the city was destroyed in WWII, so almost all of the buildings around us had been built (or rebuilt) in the last 70 or so years. Thanks to some precise artwork from an artist before the war, the buildings in this square were intricately repaired to appear almost identical to what they were before. In the center of this square, you will also find a statue of a mermaid who was said to have lived in the waters of the Vistula river that runs through the city. Some claim that this same mermaid is also the inspiration for the story of the Little Mermaid, though the mermaid statue in Copenhagen generally gets credit for being the true source of the tale. Unfortunately this is the extent of my mermaid knowledge, so I’ll leave you to re-watch the Little Mermaid and decide for yourself…

Much of the next day and a half in Poland was spent doing class-related activities, like meeting with experts on Poland and it’s relations with the European Union. One of the most common topics was the ‘immigration crisis,’ and we heard from both sides about why Poland should or should not be doing more to help refugees looking for help. We heard the Polish perspective from representatives from The Polish Institute of International Affairs, who supported a very strict immigration policy for their extremely homogeneous nation, and for the first time in our program were confronted with lots of ideas that went against the EU’s opinions and goals.

We also got to visit the Museum of the History of Polish Jews and the Warsaw Rising Museum, which was about a resistance uprising led by the local citizens in Warsaw to try to oust the Nazi troops near the end of the war. The idea was for them to revolt in time to take the city just before the Russians arrived to ease the Russian push west, but the plan failed. Allies managed to send in bombers with care packages, but the Russians never got there in time and after a month or two of Polish resistance members controlling parts of the city, the rebellion was suppressed.

Just like in Berlin, there was not enough time to see everything I would have liked to, but both museums were fantastic. On our last day we made sure to eat even more pierogies, capping off a full week of incredible food. By the end, however, we were all looking forward to getting back to Freiburg and sleep in our beds again.