I thought I’d never say this, but orientation week was a blast! It was no ordinary Playfair where all the freshman students crowd into the Dow Center and do speed dating and ultimate rock, paper, scissors. This was orientation in Spain!

The first night here, our guide, Pedro, led me and eight other students along Calle San Jacinto, the main road in Triana (a barrio or neighborhood). It is lined with delicious bakeries, restaurants/bars, and ice cream shops. Imagine 8th street in downtown Holland but even bigger and a lot cheaper. Any Dutch person’s dream. This street leads directly to one of the many bridges in Seville, the Puente de Isabel II, or more colloquially known as the Triana bridge. Pedro took us to a small café/ice cream shop called Mascarpone where we were able to buy snacks and meet some of our fellow study abroad classmates. I treated myself to a refreshing granizado de limón (lemon slushi)! One thing that surprised me during my first walk through Seville is that everyone smokes cigarettes. Young and old, male and female. People smoke while waiting for the bus, walking down the street, and in the outdoor seating of restaurants. Even the tour guide Pedro, who is about 21 years old, smokes. It’s strange to see so many people smoking, even some my age because it’s so different than what I’m used to.

Afterwards, we were led across the Triana bridge to an old train station transformed into a shopping mall. Inside the mall, there were cute clothing stores and a cine (movie theatre). Don’t judge me, but I was very excited about this since my Netflix is not working in Spain. It’s probably for the best that I can’t watch my favorites: The Office, Once Upon a Time, and the Flash to name a few. However, I will definitely be visiting the cine to enjoy some Spanish cinema!

During the next few days, the orientation guides continued to show us around the city, recommend fun activities, and point out their favorite restaurants, some which we ended up going to for tapas and drinks. One day, we had a “tourist day” where we visited all of the major tourist attractions in Seville. Pedro showed us the Torre de Oro, the Cathedral, the Giralda, and the Plaza de España. It was incredible to see all of the beautiful architecture! We also walked along the Río Guadalquivir, which is the river that separates the centro from Triana. The river is always bustling with tour boats, people doing kayaking, remo, stand-up paddle boarding, and rowing.

Throughout orientation, my group and I have become good friends because we all live in the same neighborhood of Triana. I have yet to meet students who live across the bridge on the centro side, but I’m sure that will change once classes start. The centro side is where the CIEE study center, University of Seville, shopping malls, and all the tourist attractions are located (so basically everything except my homestay). The centro has a more city-like feel while Triana is similar to a suburban area. Although it is a long 30-minute walk from my house to the centro side, I am glad for the peacefulness and home-like feel in Triana. Plus, I get all my steps in every day. 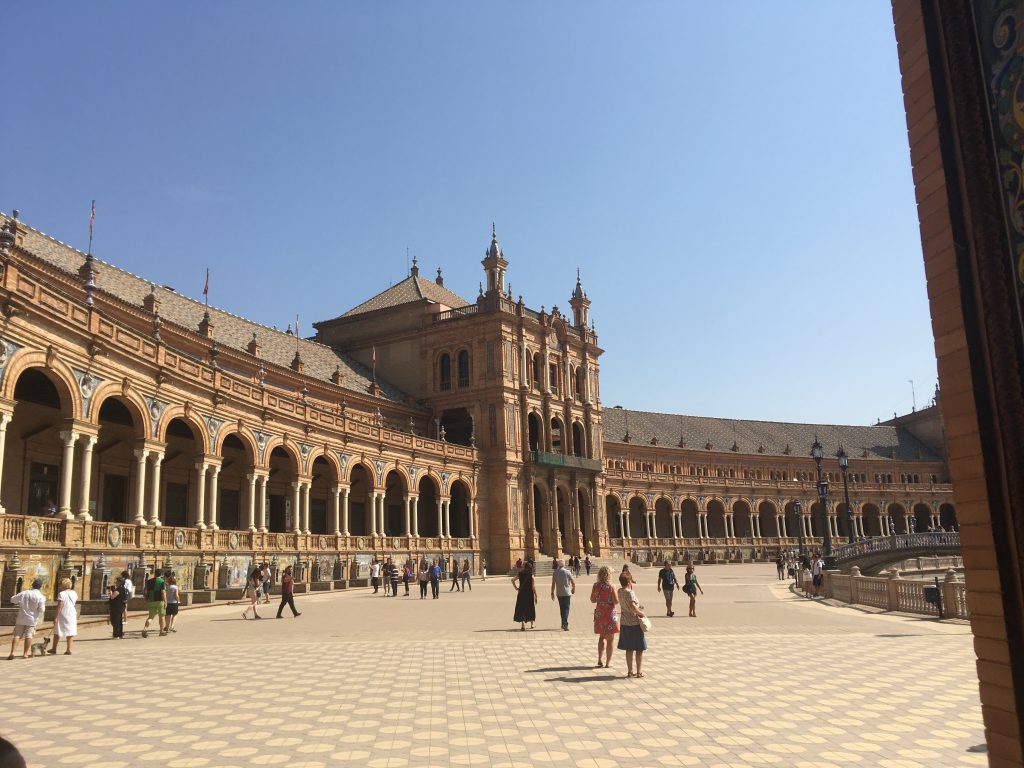 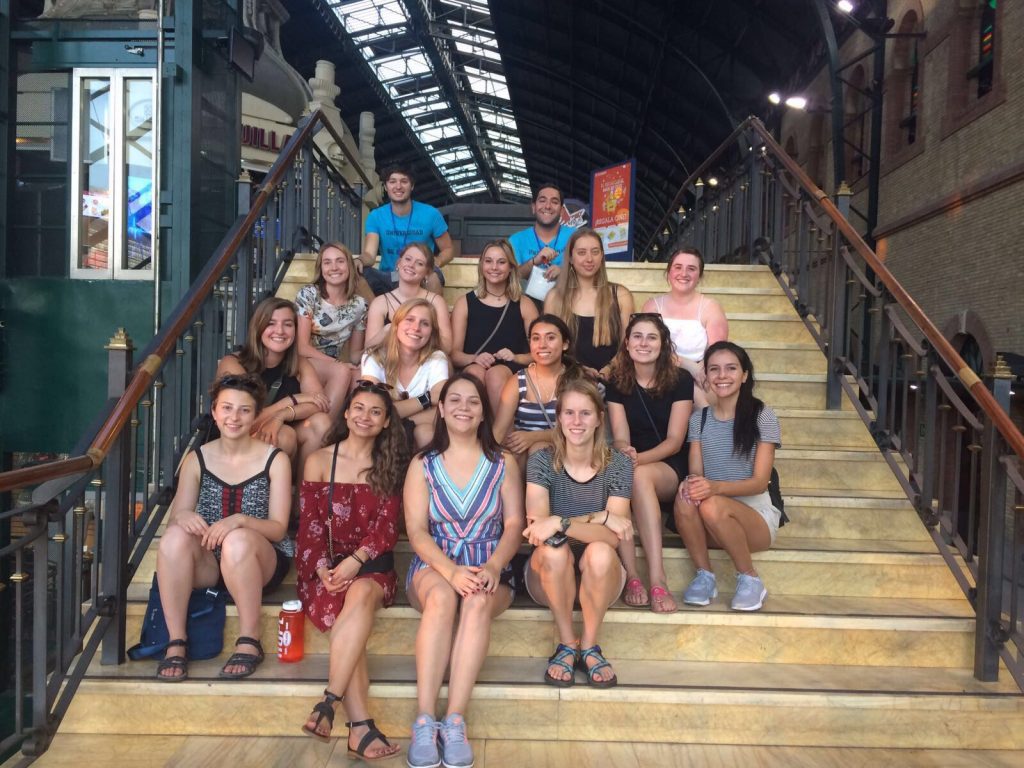 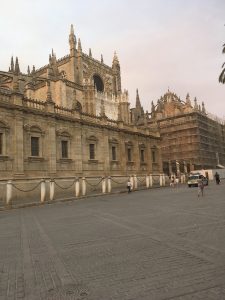 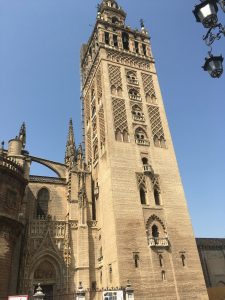 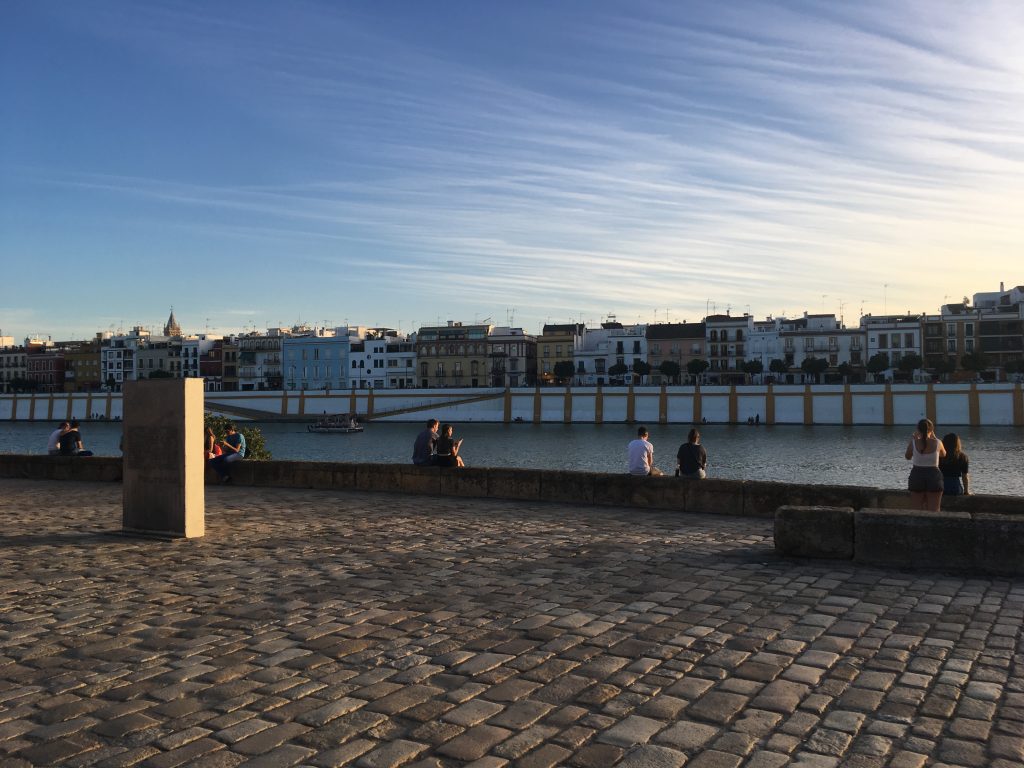 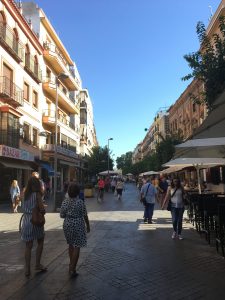 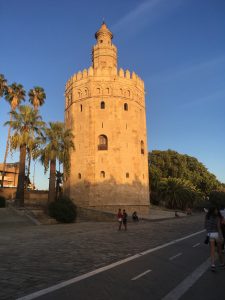