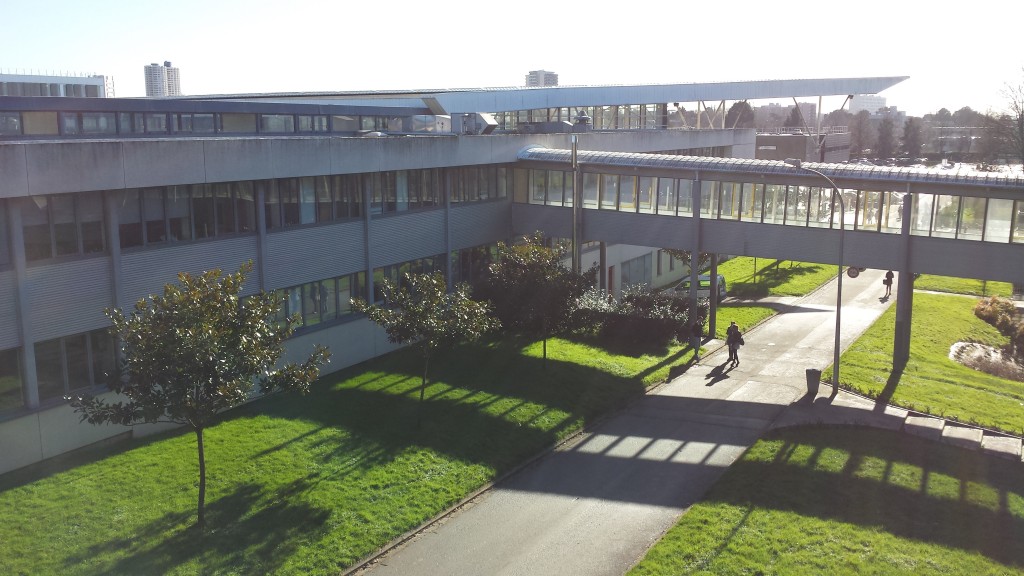 Way back in January, I opted to take a French-English translation class at Rennes 2. This means I got graded alongside native French students. Who speak French. Natively. This suggested two possible outcomes:

1.) I would perish in the ocean of French vocabulary I did not know. Aware I was going waaaay in over my head, I almost decided I couldn’t go through with it.

2.) I could exponentially improve my vocabulary, meet French students, experience the French university system firsthand, and better understand the inner workings of my two favorite languages.

I recently finished that class, as it was a Rennes 2 course and not with CIREFE, and I can confidently say that I experienced…both!

CIEE set up the class for us Americans, which was very helpful. We took two different sections: French-to-English at the License 3 level, and English-to-French at the License 1 level (easier, as it’s much more tricky to translate from your native language into a foreign one and make it sound good). With French-to-English I could often guess at what to say in English because the words look similar. Another plus to having the class split into two different levels was a genre change. In French-to-English, we translated newspaper articles about the economy and political protests. The other class focused on literary texts and had selections from Animal Farm and Little Women.

Both classes were easily my favorites, despite constantly getting everything wrong.Even though I try hard, it’s easy to laugh at how ridiculous my translations into English can be. Sometimes, I wrote things like, “According to Alex Salmond’s idea, the referendum of self-determination would be a consultation and would be comprised of the subsidiary question ‘a maximum devolution,’ blurrily outlined, but that could in short be a nearly complete autonomy (notably in taxes).” Grammatically correct, sure, but otherwise nonsensical!

A challenge of the English-French class was our obligation to use the dreaded passé simple. As we’re translating literary works, using this rare tense makes sense, but after having been told that we don’t need to worry about it by high school, college, and even the French professors who teach us foreign students, it was hard to get used to!

An added bonus, since our professors were from Great Britain, was a crash course in British journalistic jargon. Residences are dwellings. Substantial budget cuts are referred to as swinging cuts. The noun leader, when not referring to a person, should be changed to leading.

However, even though I struggled in the class, there’s no doubt in my mind that I’ve grown leaps and bounds from taking translation. Obviously, I learned a lot of vocabulary, but I discovered other things as well. You start to learn that it’s okay to omit certain words from your translation, if they don’t mean much and would detract from the auditory aesthetic. You also begin to grasp the danger of translating too literally. It might be right, but by translating “calcul” as “calculations”, you might miss out on some nuances in the sentence. “Way of calculating” might be better, if you’re talking about a change in retirement pensions. And don’t get me started on the multiple meanings of words! Context is indispensably important in translation. As it is in daily life! But really, the most important thing I took away from the class is that there’s always more than one way of saying things. Everyone has a personal style and way of respecting the original writer’s work.

I’m so sad the class is over and am ready to raise funds for a translation club at Hope. All languages welcome!