Although the adventures in Jordan were incredible, by the end of the trip I was definitely homesick for Greece. I really feel like Greece is my home now and I have no idea how I will ever be able to leave at the end of May. Here’s a quick recap of the end of the Jordan Spring Break trip.
After leaving Dana Nature Reserve, we headed north to the Dead Sea where we made a brief detour at a canyon called Wadi Mujib. Even though we only stopped to take pictures, my travel buddy Shea and I ended up making a spontaneous decision to adventure into the canyon. What you need to know is that Wadi Mujib is not like any ordinary canyon. Instead of a normal dirt trail leading you inland, there is a river with big rocks and rapids that you have to swim climb up and rappel down in order to get to the waterfall at the end. After all was said and done and we emerged from the canyon soaking wet, Shea and I agreed that this was hands down our favorite part of the trip: We loved the adventure of fighting through rapids and pulling ourselves through the water with the safety ropes to reach our final destination. 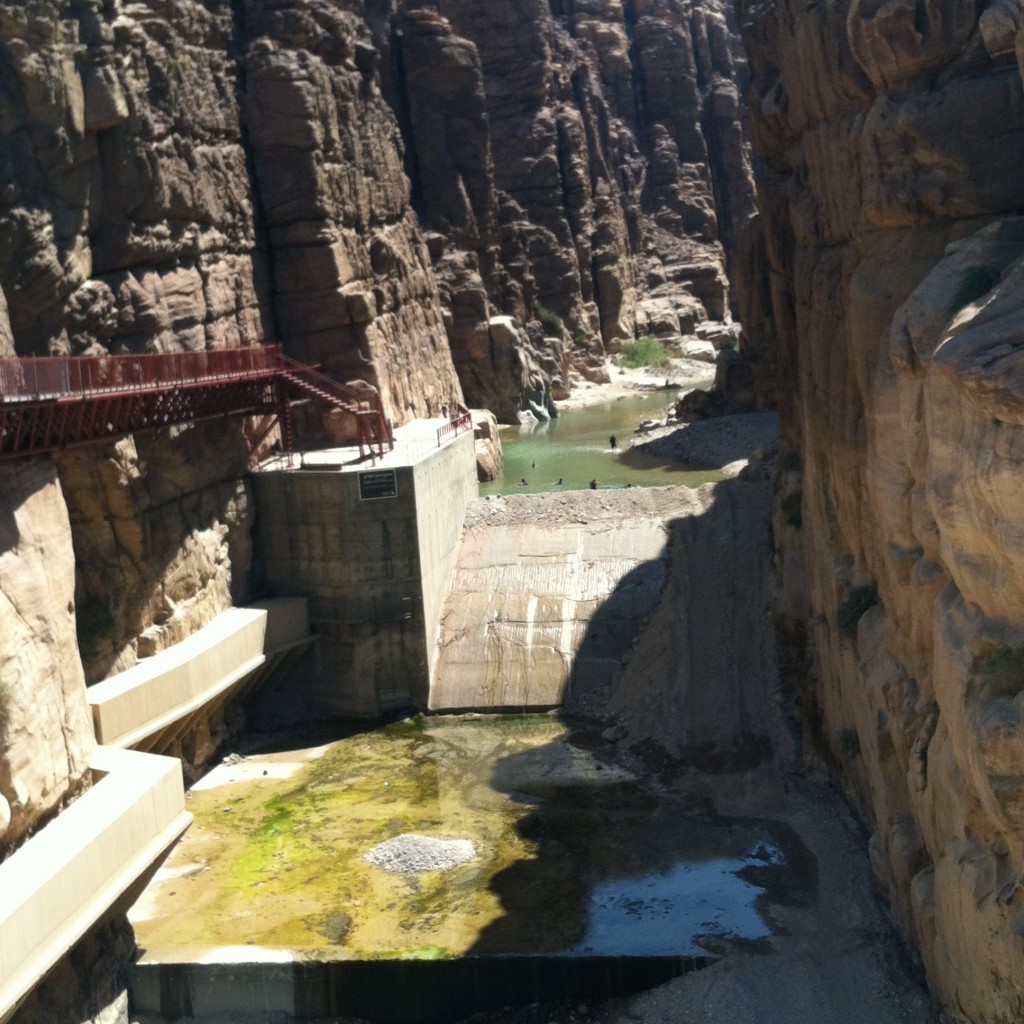 After the Wadi Mujib, we continued on our way to the Dead Sea, where we got to experience the famous mud baths that the area is famous for. To clarify how a real mud bath is done, you wade in the shallow water of the sea, scope out a pocket of the thick, goopy mud, slather it all over yourself, and wait 10 to 15 minutes before washing it all off in one of the beach showers. After the whole experience, my skin felt prickly, but very smooth. ☺

I also got to enjoy floating in the water with some local Jordanians. Since the concentration of salt so high, it is impossible to completely submerse yourself. It felt bizarre to try to push myself underwater only to spring back up like I was on a trampoline. Floating in the Dead Sea is something I would definitely recommend to anyone traveling to Jordan. 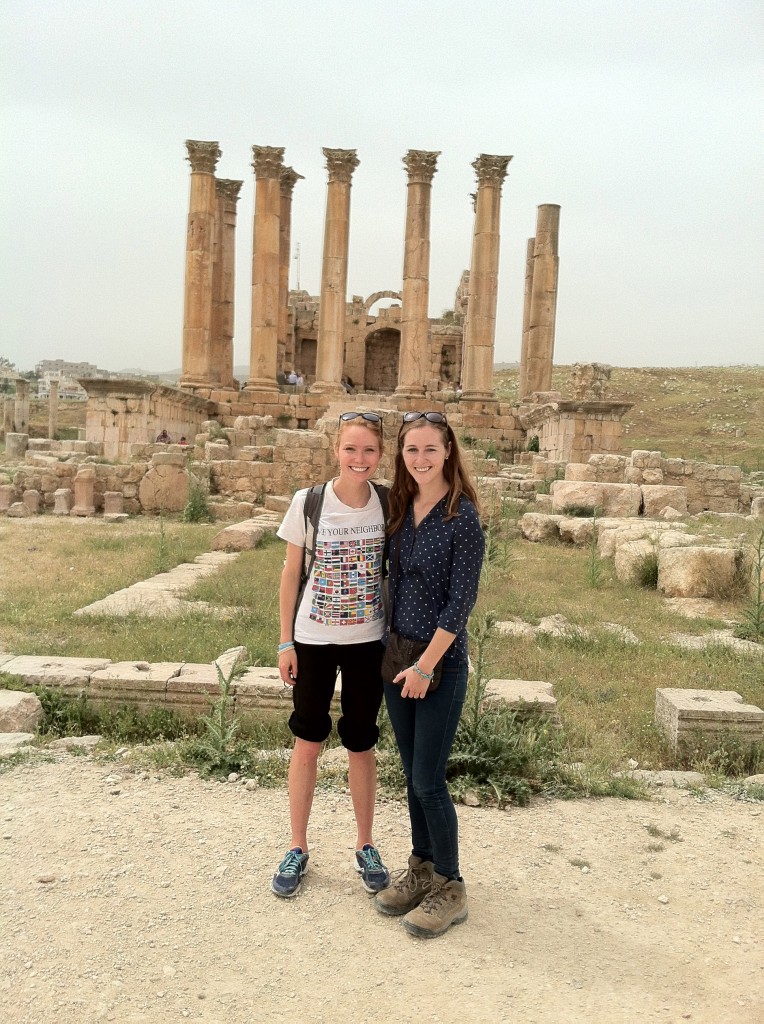 Finally, we finished our travels in Amman, where we stayed two nights in the city center. While there, we met up with a friend who has been studying abroad in Amman for the past year. Hearing about his experiences helped me appreciate some of the main differences between Greece and Jordan. For one thing, my friend said that the strongly conservative Muslim influence made his adjustment from the US to Jordan harder for him than mine was into Greece, where Greek Orthodoxy is practiced loosely, but the people are more western. A particularly obvious example of the conservatism is in dress: Jordanian women are expected to stay fully covered, despite the hot weather. Also in Amman, I felt very acutely that I was in the minority, something that I am not used to feeling in America and Greece. Just walking down the street, my friend and I were stared at, talked to, and asked to take pictures by nearly every person that passed (all men). It was a strange feeling, to say the least. The whole experience made me really appreciate what it feels like to be an outsider. As a pre-health student, Prof. Prokopow has often mentioned the importance of cultural sensitivity in caring for patients. After my experience in Jordan, I will definitely see minorities and other cultures with a new appreciation and understanding of how alienating it can feel to be different.
Until Next Time!