One of my courses here at IES is Historia y Memoria de los Judíos Sefardíes or History and Memory of the Sephardic Jews. Through this course I have been learning not just about the Jews of Spain but naturally the historical context as well, therefore giving me a broad understanding of Spanish history. Semana Santa taught me about Spanish Catholicism, Morocco and my Islamic Art and Architecture course is teaching me about Islam, and this course is covering Judaism. I am of the strong opinion that learning about other religions is extremely valuable as a Christian to better understand my own faith in relation to others as well as gain the ability to converse with people from other faiths in meaningful dialogues.

I will spare you most of the details and dates by saying the Jewish culture is vibrant and persistent despite constant expulsion, segregation, prejudice, and even forced conversion. In 1492, the same year that Christopher Columbus landed in America, the Catholic King Ferdinand and Queen Isabela la Católica signed the Edict of Expulsion stating that the Jews of Spain could either covert or leave Spain. Though many left, some did stay and “converted.” However, the term criptojudío came into being as many Jews outwardly converted but inwardly maintained their faith. Granada is home to the location at which the King and Queen signed the edict. Ironically it is situated in the old neighborhood of the Jewish Judería. 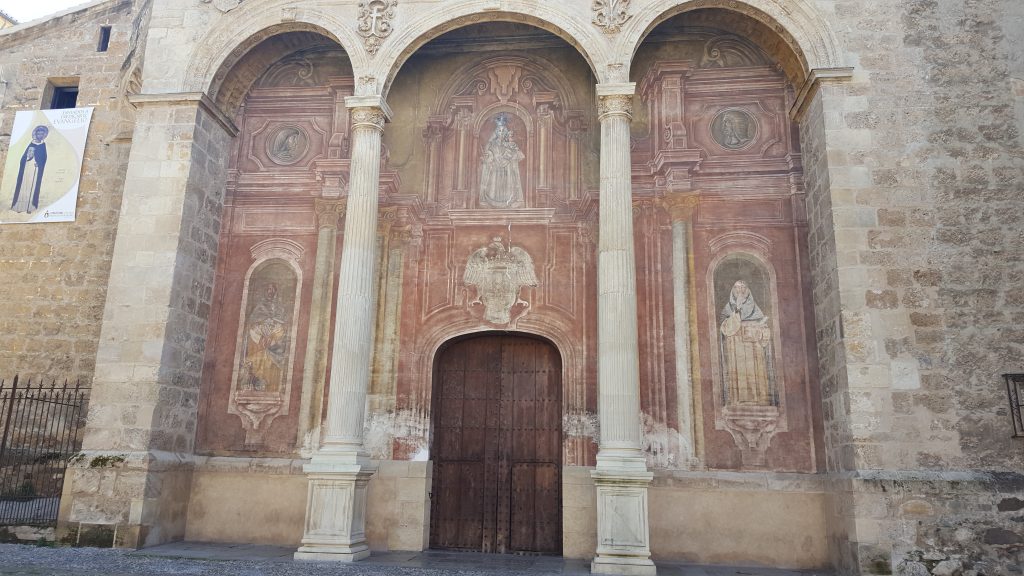 In addition to learning through my course, one of my good friends in the program is a well-versed and practicing Jew. Ari Levine has taught me about his cult 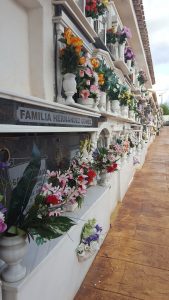 ure and religion throughout this semester and I am so grateful! For example, we happened to walk through a small cemetery and as we were walking, Ari stopped to place small stones on any headstone we paused to observe. I asked him why he was doing this to which he replied that it is a Jewish custom and sign of respect for the dead. Through his faith Ari shows respect to heavily Catholic Spaniards who have passed on even though the Catholics are responsible for a fair amount of hardship for the Sephardic Jews of Spain.

Another means by which I have learned much about Judaism attending IES Granada’s very own, student-initiated Seder meal! Even though I am a Christian, I have celebrated the Seder meal for Passover before. In my personal opinion, Christianity follows the Bible, a book about the Jews, so I do not know why the Jewish Seder meal honoring the memory of their salvation from Egypt by God should be excluded from Christian traditions. But I digress, the Seder at IES was filled with laughter, contemplation, learning, and good food! We had the traditional elements such as the salt water symbolizing the tears of the slaves and the unleavened matzah bread to serve as a reminder that the Jews fled Egypt without enough time to let their bread rise. We also had to get a little creative. For example, finding a shank bone was all but impossible, so one of the main organizers went to a Kebab shop and asked for a chicken bone! We all could not help but laugh as the tiny chicken was raised in the air during its moment of the Seder meal. In addition to the elements of the Seder meal, we had a delicious meal complete with rice, chicken, eggs, and ice-cream for dessert. 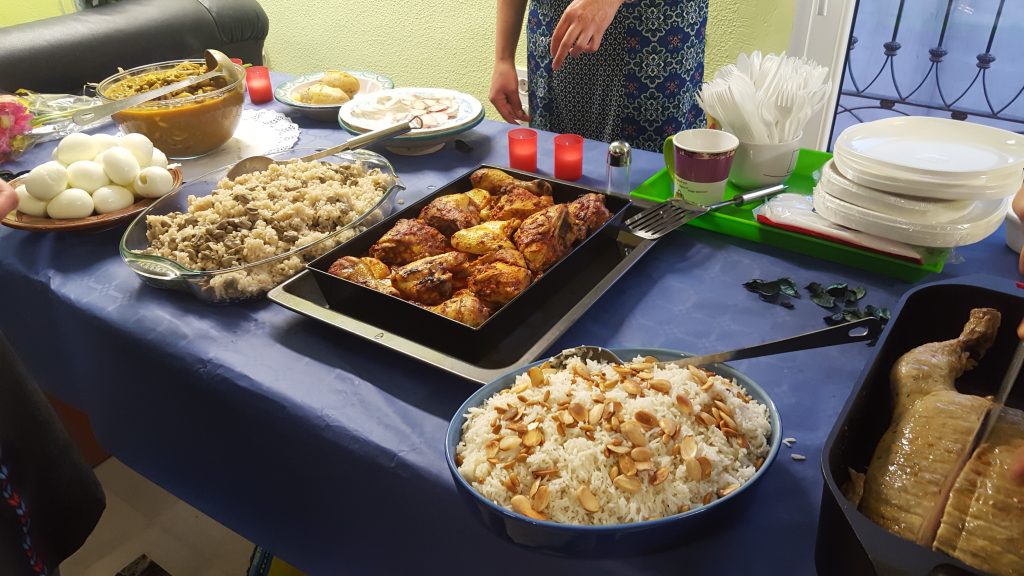 Those who were Jewish (though all were welcome, such as myself) sang traditional songs, too! Take a listen. 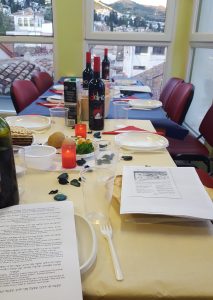 The entire experience was very eye-opening about Jewish culture. I feel so fortunate to have witnessed an integral part of many of my classmates’ lives, as well as learn about a faith and culture different, but not so different, from my own.

Micro-bio: Elana! Elana is a charismatic, poetic Jewish classmate from Kenyon College in Ohio. Her personality is as vivacious as her hair. She wants to be a writer and I admire her for her vigorous note-taking and journaling throughout our semester. She is easy-going, spontaneous, and averse to strict planning, making us rather opposite in many ways; however, we have great conversations. One of my favorite quotes of her is: “When someone is talking about something he or she is passionate about, that’s really attractive.” I think she is 100% right. I think encouraging passion and drive is invaluable and I wish there were a greater emphasis on cultivating it 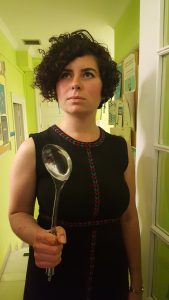 than memorization and so forth. Recently we discussed the complex topic of women’s rights and feminism. We both agree that too often society has established when a woman can complain and when she is “overacting” or “misreading a situation.” Instead, if a woman feels uncomfortable in a situation, it doesn’t matter whether or not the situation is in fact dangerous, misunderstood, or questionable; what matters is that she feels uncomfortable and has every right to leave or make requests to amend the situation. End feminist rant. Elana has been a fun, kindred spirit to get to know this year. Please enjoy this dramatic photo of her.