I wanted to grow. I wanted to be pushed. I wanted to step outside of my comfort zone. Those are a few of the many reasons I chose to study abroad. It’s funny how quickly I forget them on a day-to-day basis…

Several of my friends from Church and Bible study had been bugging me for weeks about the CCB, the Combined Christian Ball, a massive dance for all of the Christian groups registered with the University of Canterbury. These groups ranged from different church denominations to organizations such as intervarsity and campus crusade and also included various Catholic institutions.

I typically try to stay away from dances, not being confident in my ability on the dance floor and also not fond of the awkward milling about that I always seem to end up doing. Whenever anyone brought it up I always responded in a disarming “we’ll see… I’ll have to check my schedule as it gets closer…” knowing full well in the back of my head that I had no intention of going.

Finally it was the week of the dance. I had to make a decision. Per Max’s persuasion I decided that it was worth going for relationships – besides, it was an excuse to finally use those dress clothes I had lugged halfway across the planet. Hamish, a buddy from church picked me up so I could get ready with him and some other guys over at his flat. We blasted music and ate burgers while we got dressed. It was strangely reminiscent of getting ready for high school prom. We drove over as a posse and walked up together. There were probably about eighty people already there when we first arrived and that number swelled over the course of the evening.

The theme was Get Smart and we were divided up in different teams with different objectives depending on our registration numbers. The game was fun 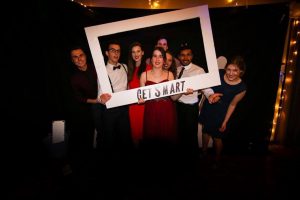 and took place over the course of the evening, but the music was far better. There was a LIVE BAND playing all sorts of music and with the low lighting with color strobes the party atmosphere was perfect. I soon saw the rest of my friends from church and we got a table for our group of 16. 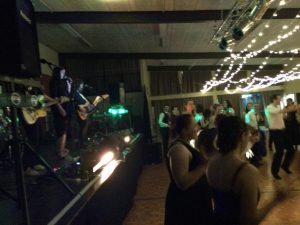 Spending the night dancing, talking, and puzzling through clues with these new friends made for an awesome evening. During a pause in the music they ran an awards ceremony for cutest couple, best dressed etc. I was sitting at my table when I heard, “and the award for ‘life of the party’ goes to…. Jonathan!” at first I looked around to see who else shared my name, and then when my friend Nav started shouting and pointing at me I realized that I was the Jonathan. They were referring to me – I had won the prize! 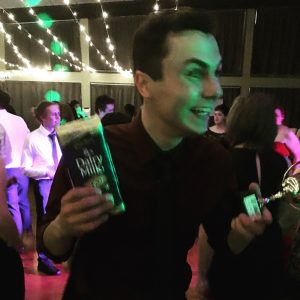 I got called up on stage, given a gold trophy and a bar of chocolate and a hug from each of the judges. I couldn’t stop beaming and laughing – I could not believe this had happened! My night was made!

After the ball ended our group went back to Hamish’s for an after party. I fell off a skateboard and pierced my hand on a nail but was soon up and running again. Following our time there, we decided that we still had energy to go out and went to a club in downtown Christchurch at 1:30am. There we danced away until 3:00am. Random people would come up and ask to join our group because we looked like we were having so much fun.

By the time I got to bed I was exhausted, but I was very thankful for my friends and the incredible time that I had experienced.