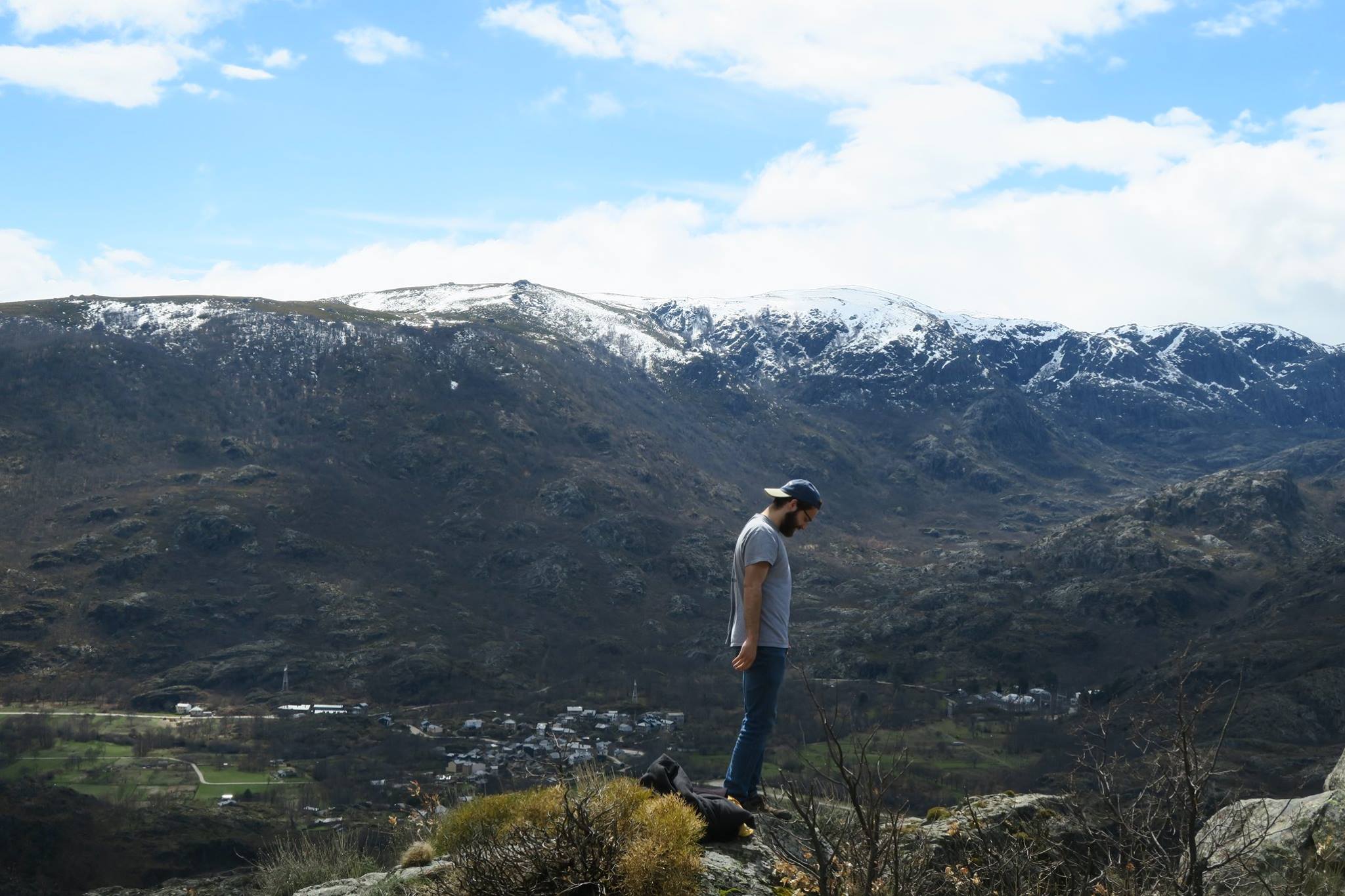 This past weekend, I had the pleasure of traveling to one of Spain’s finest national parks: Lago de Sanabria. Even though our program has 35 students, only a select 12 could go, given the awesome, peculiar nature of this trip. We were going to a place of natural solace, a place with distinct beauty, a place where we would need silence; we were going to track the Iberian wolf.

We made the two-hour-and-some trek to Lago de Sanabria where we eagerly unloaded all of our things into the homey, small, wooden cabins there in the mountains. The first thing I noticed was, lamentably, that I had not been in real, honest-to-God nature for such a long time. Finally, I was around pine trees, ancient moss covered oaks, clear lakes, and mountains. Whew, this was well needed! I am happy to report that my mental health improved by leagues as we stepped on to our first trail in the snow peaked mountains.

We spent the weekend in a natural paradise. The first morning we got to take a guided tour on the world’s first 100% ecological (motor) boat. It makes no sound, no waves, and is 100% powered by solar panels and wind power. As this is one of the most protected lakes in the country, the only way they would allow a boat on the water was, well, if they made one. Later, we went on another hike through the snow-frosted peaks of the area, passing through small mountainous villages as we went.

On the last day of the trip, we woke up early and headed to the wolf reservation. These animals, a species of grey wolf only native to the Iberian peninsula, used to roam most of Western Europe. Today about 2,000 remain. Needless to say, many of them live in protected environments in Lago de Sanabria. The problem is, however, they remains “undomesticated” and, consequently, extremely skittish. To see the wolves is to hide yourself entirely from their sight… and, even more challenging, out of their ear’s reach. We went at sunset, feeding time for the Iberian wolf. We hunkered down in a specialized camouflaged bunker, set on a tree line where the alphas are said to roam. Here, the rest would come. We just had to wait. So we waited, and waited, and then, out of the tree line came the wolves. They dominated the terrain. Inexplicably, they navigated so cautiously, so powerfully, so surely, that they had probably heard us before we had seen them. They had come to eat. It was if they had an internal clock. No sooner than it had turned exactly the hour, the wolves came. They knew. We were blown away by these animals and their intelligence. Most of all, we were amazed at how, in many ways, the wolf was more human than we were. Learning of their behaviours, family structures, and lifestyle, it became clear how special these animals were. We sat there in silence and awe as the beasts devoured their evening meal, and as the Spanish sunset put itself out on their backs.

Below is a poem I wrote (in Spanish) about the event. It was impactful in ways I couldn’t really sum up in a different way. I hope you all enjoy it, but be cautious of what you read on Google Translate. You can’t trust everything you see on the Internet. 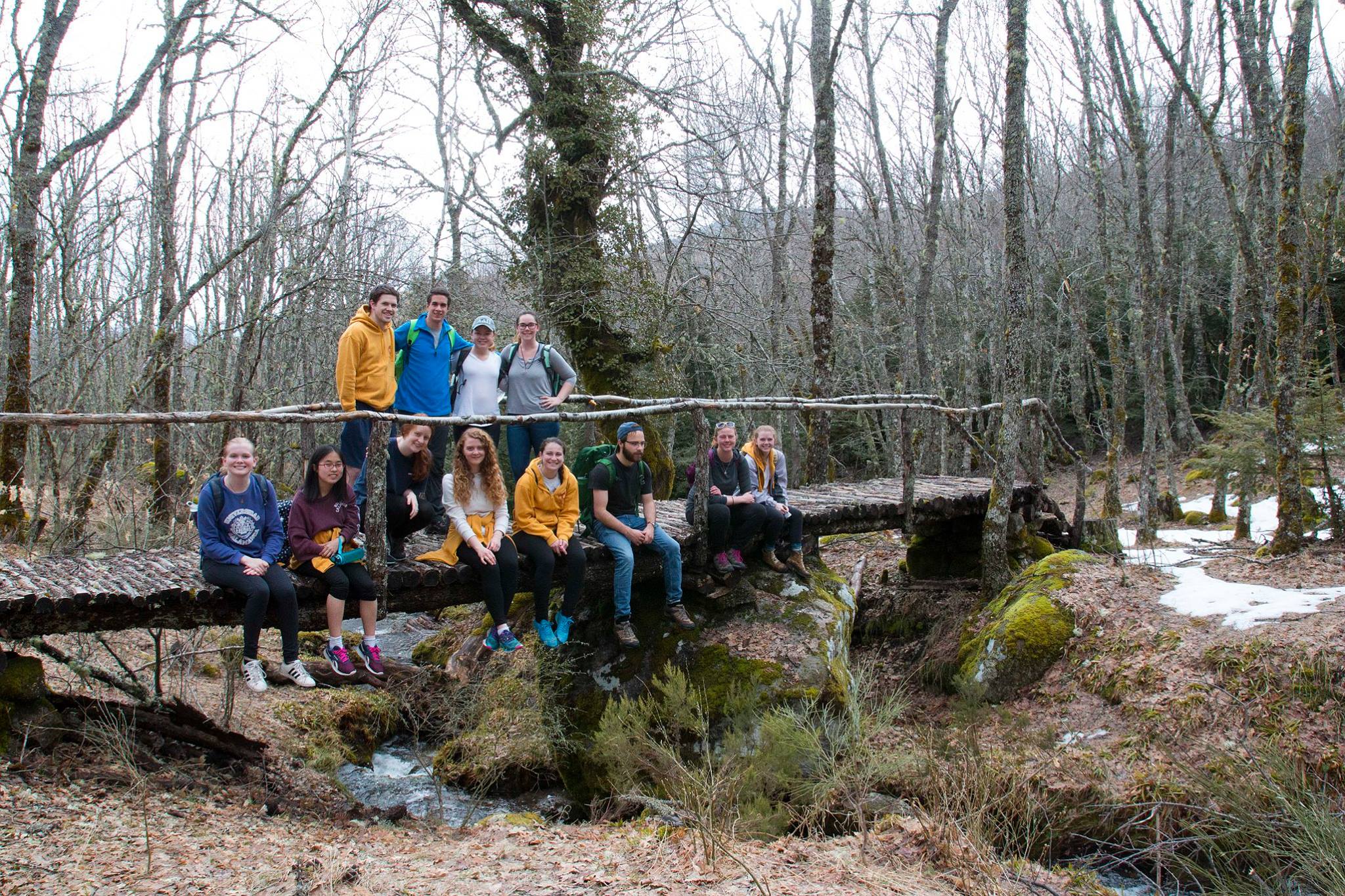