The first taste of Sydney that I received was as the plane was touching down from Dallas, the pilot who came on the overhead speaker greeted us with “Welcome to Sydney, Australia, the most beautiful city on earth, although I may be a little biased.” Unfortunately, I needed to get on my flight to Cairns before I could actually see Sydney which felt like a tremendous tease. Now; however, I have been living in Sydney for a week, and I have been impressed. I should mention that Sydney isn’t exactly what I expected it to be, a lot of the preconceived notions about what living in Sydney would be like have actually been turned on their head quite quickly. Firstly, because Australia is in the southern hemisphere it is currently the middle of winter which means that the weather isn’t always all that warm, and daylight hours are short. I was expecting the less than warm weather and had packed accordingly. It’s worth mentioning that during the day the temperatures are still plenty comfortable, typically in the sun it gets to the mid-60s or so but in the mornings and evenings the temperature gets down to about 40 degrees which is plenty cold but like I mentioned earlier I was prepared for cooler temps. What I was NOT prepared for has been the short daylight hours! The sun begins to set around 3 o’clock and it is dark out by 6 o’clock, which has been just absolutely brutal. I just keep reminding myself that the daylight hours will only increase while I’m here and that thought alone has helped me push through.

Macquarie University, where I am studying this semester is about a half hour outside of Sydney’s central business district or CBD and is the home of Sydney’s second largest business district in the city. Within the first week I have already gone downtown three times and I made several other observations that I was not expecting prior to landing in Sydney. Sydney is not nearly as flat as other major cities that I have visited. While portions of the CBD are fairly flat, Macquarie, and many other parts of Sydney are extremely hilly. The other aspect of Sydney that I noticed which I had not expected is that Sydney, and I believe much of Australia, has a much larger Asian influence than I had expected. Once again if I were to take the time to logically think about it, this makes sense. Australia is far closer to Asia than it is to Europe and despite the initial colonization by Great Britain, in today’s globalized world it would only be natural that Australia would be influenced by the countries that are closest. This has led to an impressive Chinatown in downtown Sydney, as well as some of the greatest Chinese, Japanese, Korean, and Indian food (amongst others) that can be found outside of those countries. Needless to say, I am quite excited to test that claim.

One of the great aspects of living in Macquarie rather than actually downtown in the CBD is that I am living around much more nature and national parks. In fact I have one national park that is just about a five minute walk from where I live! I have been able to explore some of these areas and other areas outside of downtown Sydney but more of that will be included in later posts. Nevertheless, having so much nature so close is helpful in that it allows me some space from the fast pace of city life. It’s worth noting that Sydney is not as hectic and fast moving as cities like New York. In fact one night a couple of friends and I were trying to find our way back home because we hadn’t realized that most trains stopped running after midnight and so at around 1 o’clock we were walking around the city trying to find the bus stop and at that point the city had become significantly quieter. I noticed few cars on the street and few people walking around, whereas New York it seems that cars and people are a constant presence regardless of the time of day. 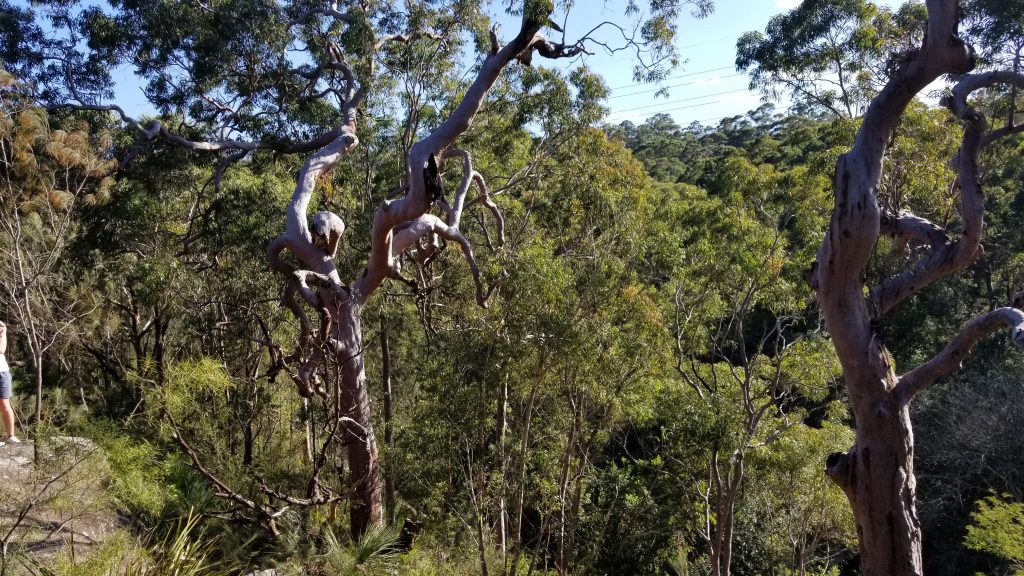 Walking around downtown I naturally was immediately drawn to the two major buildings that Sydney is known for: the Opera house and the Harbour Bridge. After seeing it up close, I have decided that the Sydney Opera house is my favorite building in the world. From any angle you look at the Opera house the building looks fantastic and at any time of the day. I also learned that construction on the house was expected to take four years but actually took fourteen years to complete. The building also cost over fourteen times the originally projected amount. I was able to meet up with a friend of mine who is a part of Hope’s dance troupe and was on tour in Australia at the time, and we ate on the terrace of the museum of contemporary art to watch the sun go down over the bridge with the Opera house in the background. On another day a different friend and I walked through the Royal Botanical Gardens and climbed atop a rock outcropping to once again watch the sunset. In both instances the view was spectacular and I couldn’t help but be awed by the beauty of this city. Before we went our separate ways, my friend from Hope said to me “I sure hope you never get sick of sights like this.” I’m pretty confident that I never will. 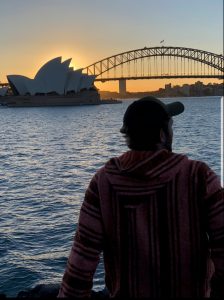 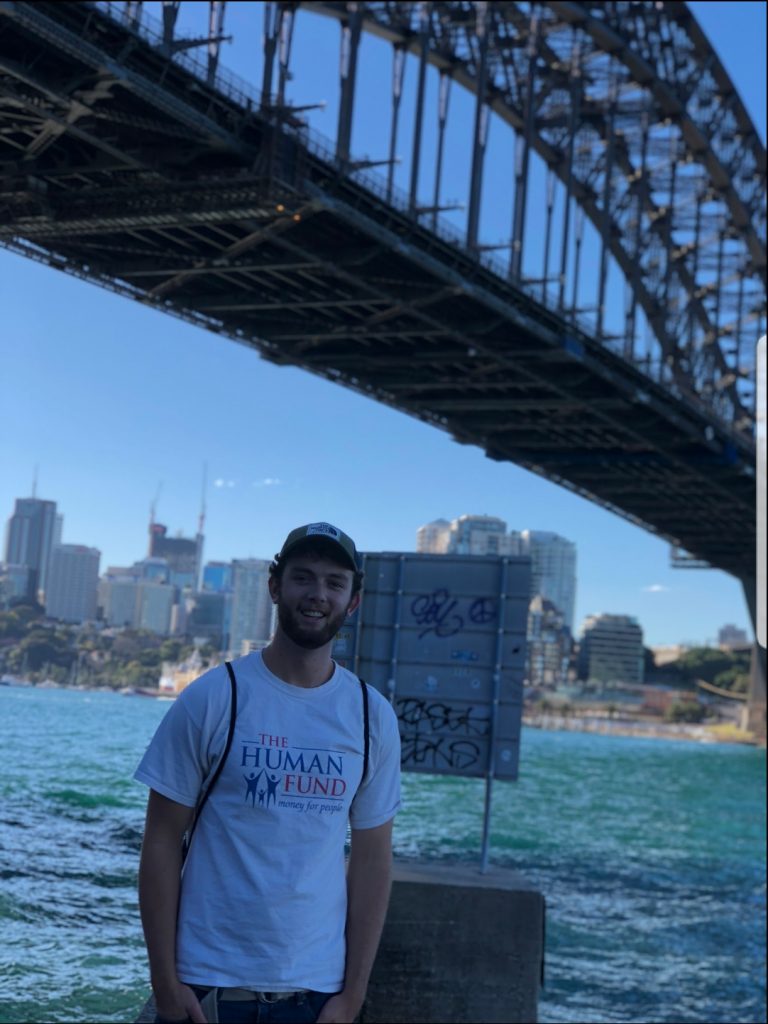 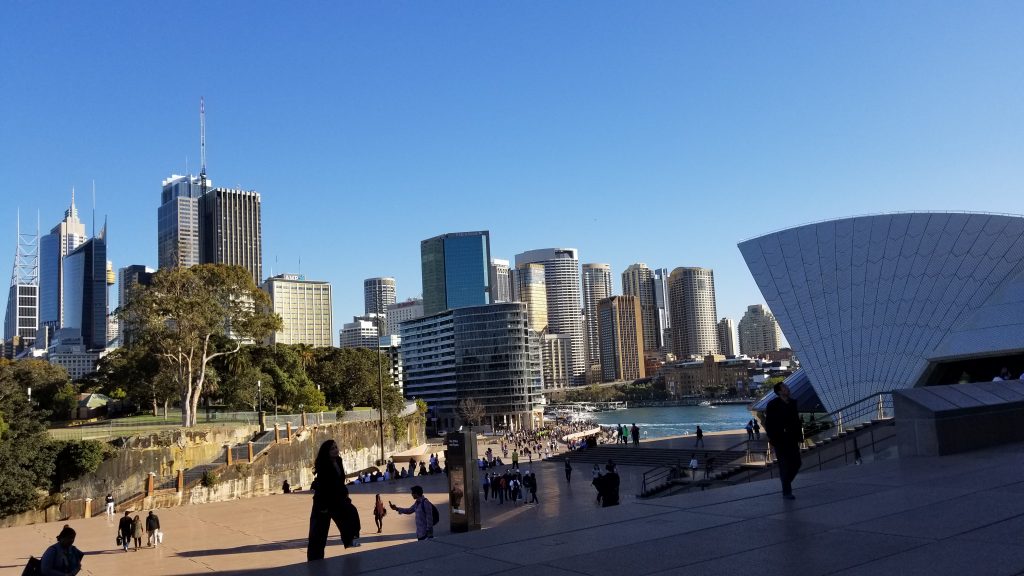 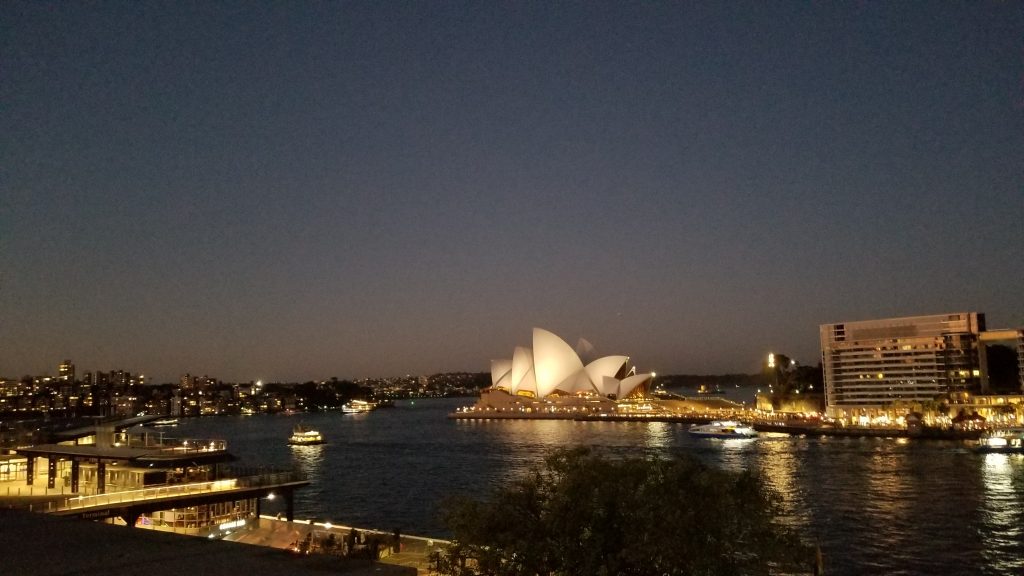