Hello all! It has officially been a month since I’ve landed in Spain and moved in with my host family. I cannot believe how quickly time is flying by- and that I only have 3 months left in this beautiful country.

The week before my program’s normal class load began, we had a few days of adventure in the province of Alicante. We visited a small castle town called Guadalest. Then- in a small town just a half hour drive from Guadalest we went to a natural waterfall park.

The following day, we visited a neighboring city called Villena as the town’s annual “Moors and Christians” festival was coming to a close.

After a week of adventure my full class load began. I can’t complain too much as my schedule has worked out to consist only of classes on Monday’s and Wednesdays. Those make for long 8+ hour days of class and homework filled Tuesdays, but all is well! I’m even taking a course at the University of Alicante and have met a handful of Spanish students.

Weekend trips have become quite the highlight of my trip thus far. Two weekends ago I traveled with four friends to Barcelona. We did all of the normal touristy stuff and even spent the day kayaking along the coast on Saturday.

This past weekend, my program offered a quick one night visit to Valencia.We explored the older area of the city, climbed the Cathedral’s spiral tower, and finished our trip in the modern area of town at the Oceanogràfic at La Ciudad de Las Artes y Las Ciencias. 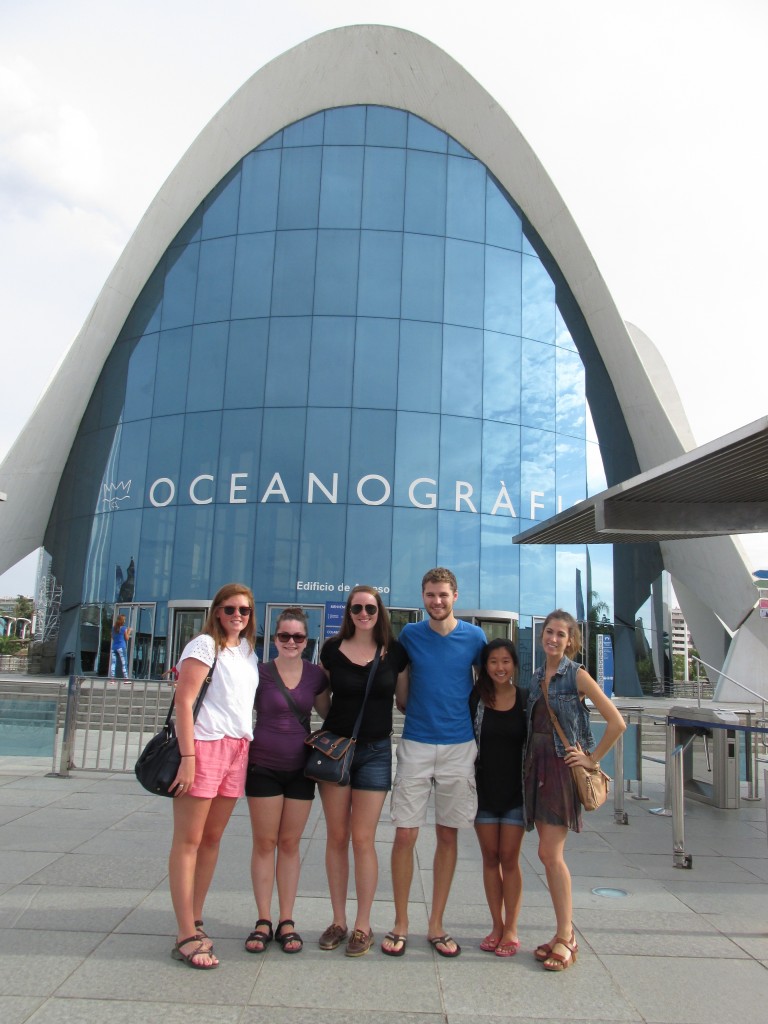 The Sunday following our trip to Valencia my host mom and I spent the day in her home town! It was such a fun day! We climbed the castle, visited the treasure museum, visited with her family and she took me to the church she was married in and there just to happened to be a paella (typical Spanish meal) “cook-off” going on.

The experiences continue and they haven’t slowed down! The language is getting easier by the day, and the memories are flooding. I’m amazed by all that I have seen and done, and even more so amazed to be able to do so while a student at Hope College!