Hello everyone! Week number two is complete here in Barcelona and I could not be more excited to share my recent adventures with you. Just yesterday, I visited Park Güell, a masterpiece of the famous Catalonian architect, Antoni Gaudí. His work primarily was created around the early 1900’s, when Barcelona was flourishing after expanding rapidly through the Industrial Revolution. Interestingly enough, Park Güell is declared a Cultural Heritage of Humanity by the United Nations Education, Scientific, and Cultural Organization (UNESCO).

Please view the slide show below to see more of Park Güell!

The weekend prior, I went on a mandatory school field trip to the coastal city of Tarragona (I know, a mandatory, free, weekend trip… sounds awful right? (; ). Tarragona is about an hour south of Barcelona and is one of four Spanish Provinces in Catalonia. During the existence of the Roman Empire, Tarragona was the main hub for Romans in all of the Iberian Peninsula.

I found this trip not only educational, but also an excellent way to build relationships with other students. I was able to meet Garrett and Charlie, two soccer players from Wofford College in South Carolina, whom to no surprise, I have a lot in common with (For those that do not know, I play soccer at Hope). I also met a lot of students from the Midwest, since nearly one-third of my entire IES program are business students from the University of Indiana.

At the end of my previous blog, I set a few goals for myself. One of these goals, was to find a soccer team to play on. After jumping through a couple of hoops, I have managed to achieve this goal. I am now officially a member of FC Lokomotiv Chill. The team has Amateur status and plays in the BIFL – Barcelona International Football League. Players in the league vary in age and ability; some being former professionals and others, well, not so much. All and all it is an excellent way to further my craft as a soccer player and participate in a game that I love, soccer.

We had our first friendly this last weekend. Although we did not get the result, it was great to finally get out and play; especially at a wonderful stadium of a 4th Division side, CF Montañesa. I am looking forward to the challenges and adventures that will arise in the next week. That is all for now, hasta luego! 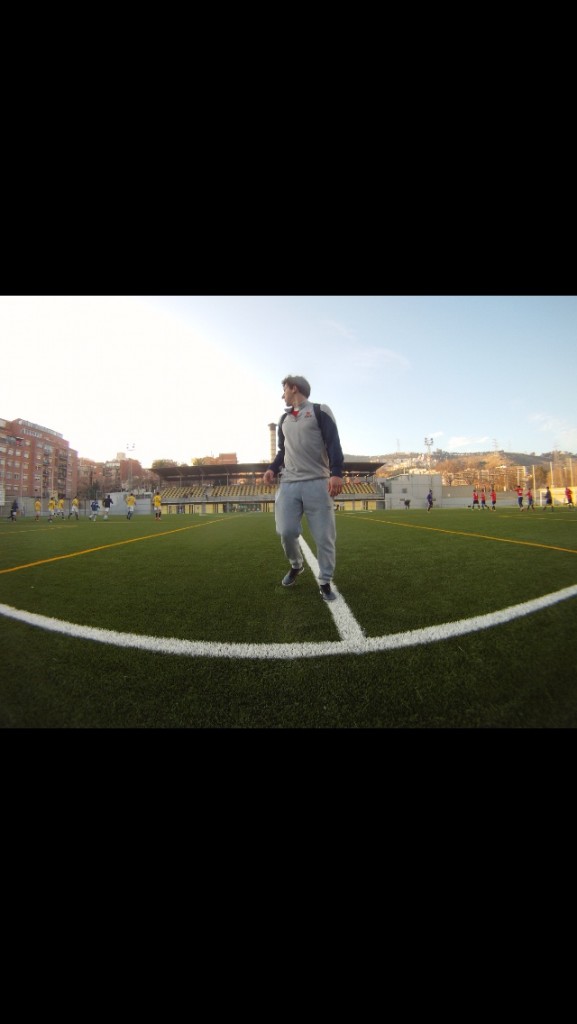