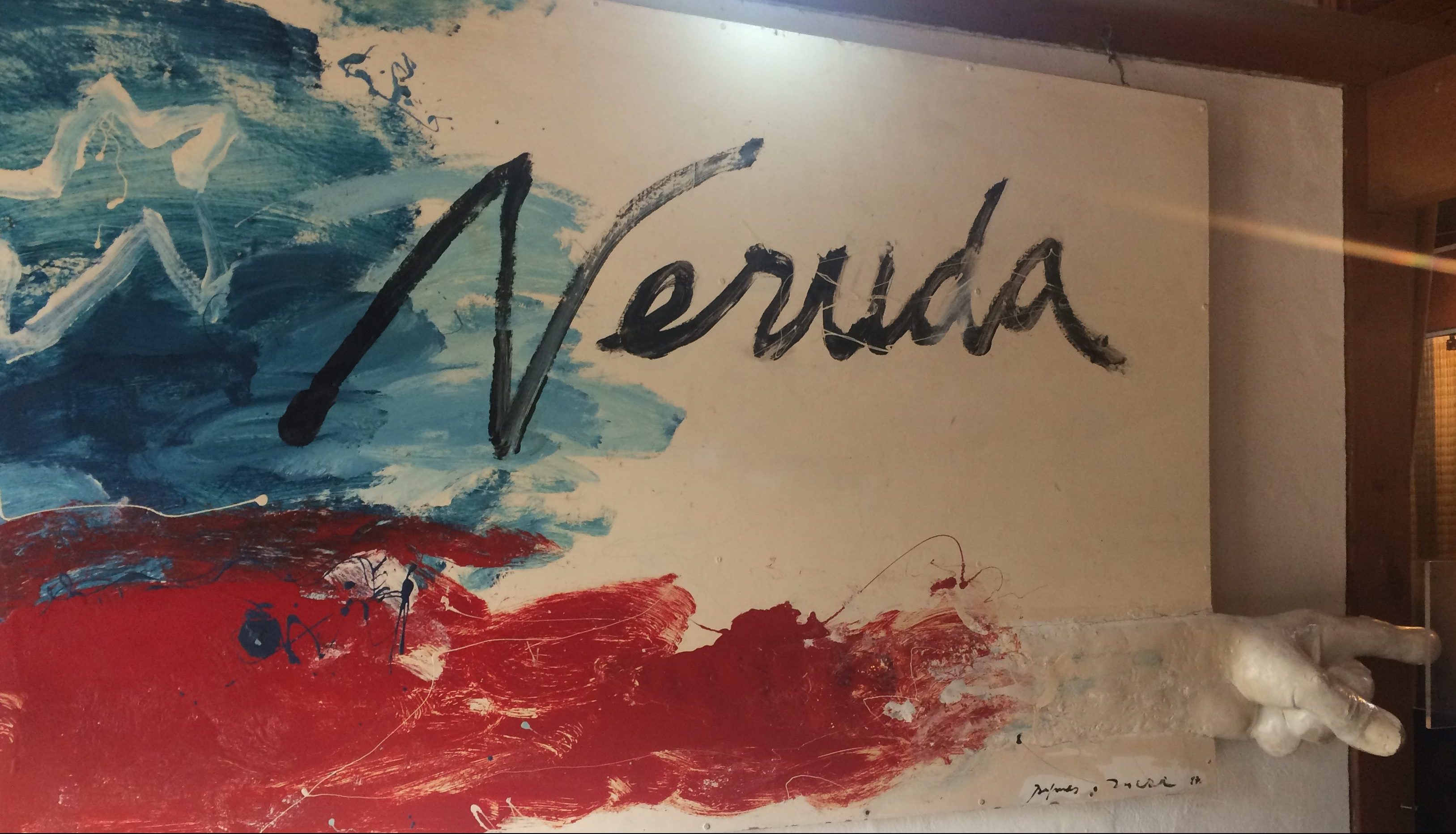 “Pablo Neruda es un Gran Chileno,” our history professor told us. Looking at his life and his world, I’m convinced. Pablo Neruda was a Chilean poet, writer, politician, and professor, but what Chileans love most about him, I think, is his personality.

He was a collector of many things, with a lot of personality quirks. For example, he always wrote in green ink pens, and he had a train relocated to his front yard.

So far, I have visited two of his houses (there were three) and have been very impressed by his whimsical style. I’m inspired by his fun approach to life, and his belief that “la risa es el lenguaje del alma,” or “laughter is the language of the soul.” Honestly, this makes sense coming from a poet who wrote odes to kitchen objects and various fruits.

I’ve been working on a few Neruda-inspired poems this semester that I wanted to share with you. I’m generally nervous about sharing my poetry, but I’m also reminded by Neruda not to take myself so seriously. 🙂 Ok, here it goes:

An easy way to break through the initial awkwardness

Before getting to the meat.

You are more fierce than a vicuña,

but I tried to make you a llama.

I thought I could compare you to a burro

But even those run salvaje.

Why do I try to put you in a caja

when even the universo