After 20-odd hours in multiple airports and various planes, I finally made it to Sydney, Australia! …only to leave this beautiful city less than a day later to fly to my program’s orientation at a resort surrounding Ayers Rock, also known to the aboriginal people as Uluru. For those of you who don’t know what that is – I definitely had no clue before I came here – it is a giant red rock in the middle of a very flat desert! Sounds thrilling, right? Yeah, I was a little concerned too. Flying to the middle of nowhere in a country I have never been in with a group of people I have never met did make me a bit nervous! However, when we arrived, there was nothing to be worried about. 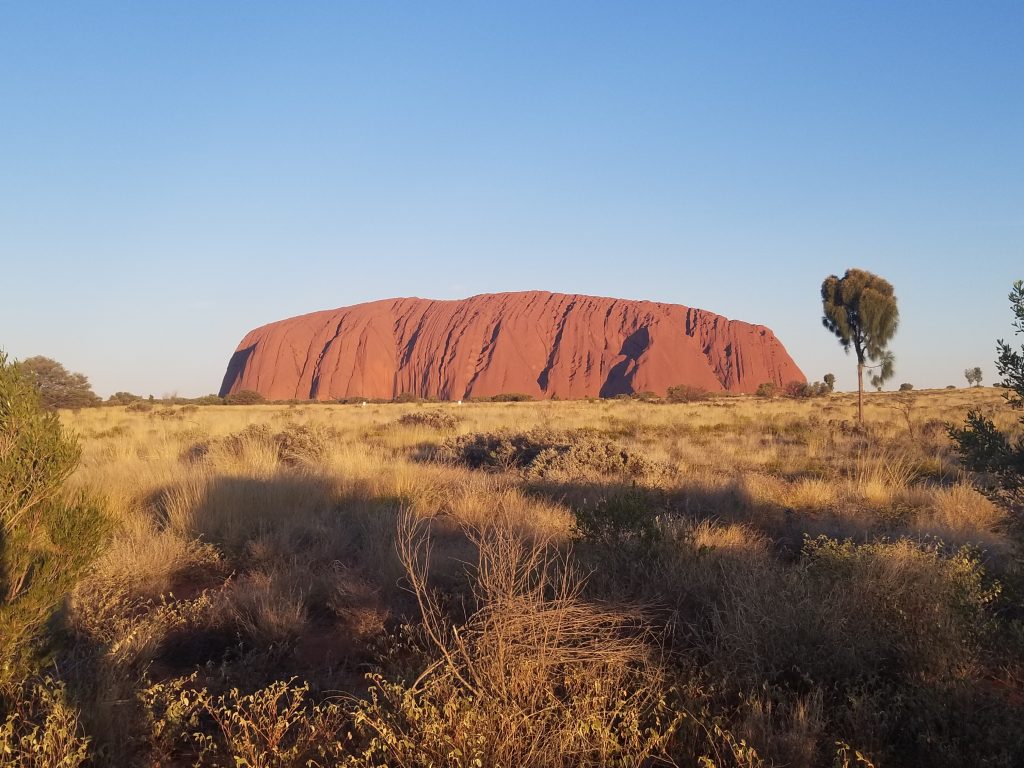 We arrived at what seemed to be the world’s smallest airport (with only two gates) and hopped on a bus that would take us to our hotel for the weekend. Little did I know that this was actually a very nice resort! We weren’t roughing it in the outback as I had expected. We had normal hotel rooms surrounded by the gorgeous red sands of the desert. There were multiple small hotels, a few restaurants, and the town square with some shops and even a grocery store.

After finding our rooms and a bit of exploring, it was finally time to eat! We met at the main bar/restaurant area where it was an Aussie self cook BBQ dinner. I do not know how to grill, yet they handed me a plate of raw steak and kangaroo, and happily showed me to the rows of grills stationed for us to use. I was worried that I would kill this meat many times over on this grill, but I was so hungry I had to do it! Thanks to my many years of experience watching food network, I actually grilled up a pretty decent steak and kangaroo! I highly recommend trying kangaroo – it was quite delicious.

The next day we took a tour at Kata Tjuta (another giant rock in the middle of nowhere). We hiked with our guide to a couple of different stunning viewing areas, but had to leave quickly in order to get back in time for our other planned events. We stopped at a viewing area of Uluru in order to watch the sun change the color of the rock as it set. It was amazing but again, we

had to hurry to our last stop before dinner. This last spot was one of my favorites because it was incredibly unique. It is called the Field of Lights, and it was just that – a field of lights! There was a sea of little handcrafted bulbs that changed colors as you walked around them. It was such a peaceful and gorgeous experience to have in the middle of the desert. After that, we finished our adventure back at the resort and were treated to a five star interactive buffet dinner! It was just as amazing as it sounds and yes, I ate just about one of everything! After dinner, we called it a day because the next morning we had a sunrise hike around Uluru that we definitely did not want to miss! 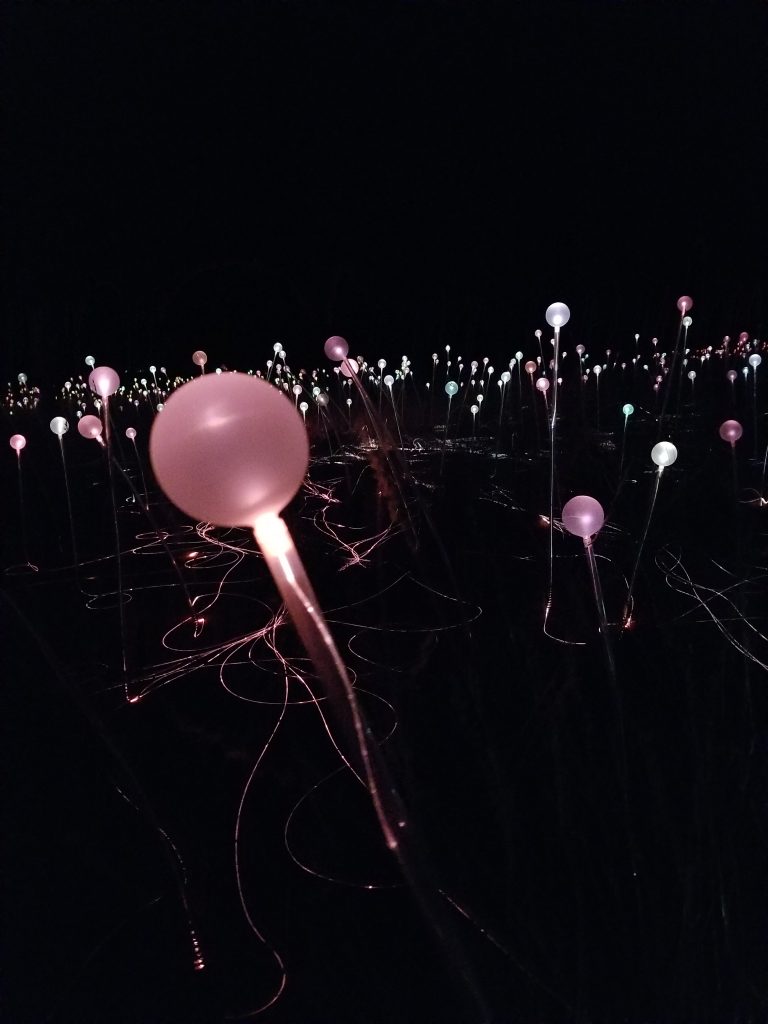 When we arrived at the rock, the sun was just starting to peek out on the horizon. Our tour guide, Jason, moved pretty quickly as he informed us that this would be a 12 km walk around this rock. He took us to places where we could stop and gawk at this desert wonder; however, there wasn’t much time for standing around and taking pictures because Jason would already be on the move! He would stop and tell us some of the stories that the aboriginals pass down to their children about a certain section of the rock, and there were quite a few! All of the stories are meant to teach some sort of moral to the children, just like we do in our culture. We also saw many cave drawings that depicted characters from these stories being told to us. Popular drawings would be of emu tracks (hunting image), people sitting, and their version of what we would call the devil. The hike took about five hours to complete, and by the end of it we were entirely exhausted. We got back, slept for a few hours, then got up for another incredible dining experience – this time in the middle of the desert. 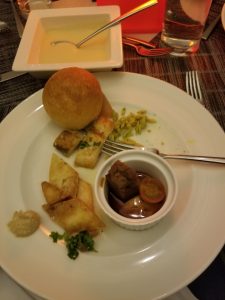 Our dinner was truly an experience. We started on a hill overlooking Uluru, so we were able to watch the sunset against it for a second time. They had endless drinks and hors d’oeuvres including crocodile, chicken liver, kangaroo, and smoked salmon – all irresistibly amazing! After the sun was almost set, we were escorted to our tables to enjoy our three course Sound of Silence dinner experience. Another beautiful buffet was offered and as the night progressed, we were entertained by a didgeridoo player and, for the main event, an astronomer talked to us about the countless stars in the sky. I have never seen so many stars in my life – I even saw the milky way! We had a moment of silence to appreciate the quiet of the nature around us. That moment quickly became my favorite moment of the weekend. After a long day, we made it back to our hotels for our last night of the trip.

After a hearty breakfast and some last-minute exploring, we finally made our way back to the airport for our short flight back to Sydney. We got back just in time to see what orientation has in store for us at ICMS!