With the World Cup kicking off this weekend, my study abroad friends and I bought tickets to the World Cup send-off game of France vs. Ireland at the Stade de France. As an avid soccer fan, I was super excited to see one of my favorite national teams (France, of course!) take on Ireland. European soccer games are an exciting experience in itself. Fans were singing soccer fight songs throughout the metro rides, and the crowd at the game was even more rowdy. The French fans sang the national fight song throughout the entire game, successfully drowning out the attempts of the Irish fans trying to sing. My favorite part of the night was that we took a baguette into the game and used it to cheer with (yes, you read that correctly).  France defeated Ireland 2-0, and closed with a small World Cup send-off ceremony. We did get caught in a massive flash-flood on the way out of the game, which now we look back on and laugh about; mainly due to the fact that I ran barefoot because I love my Birkenstocks too much to see them get ruined! 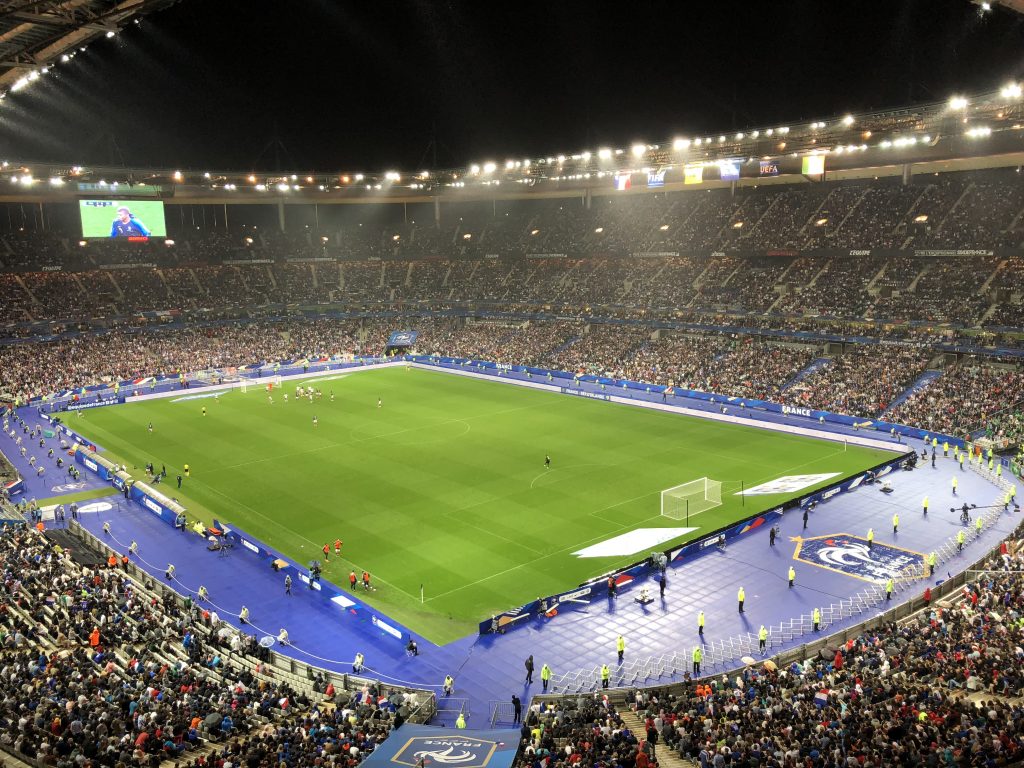 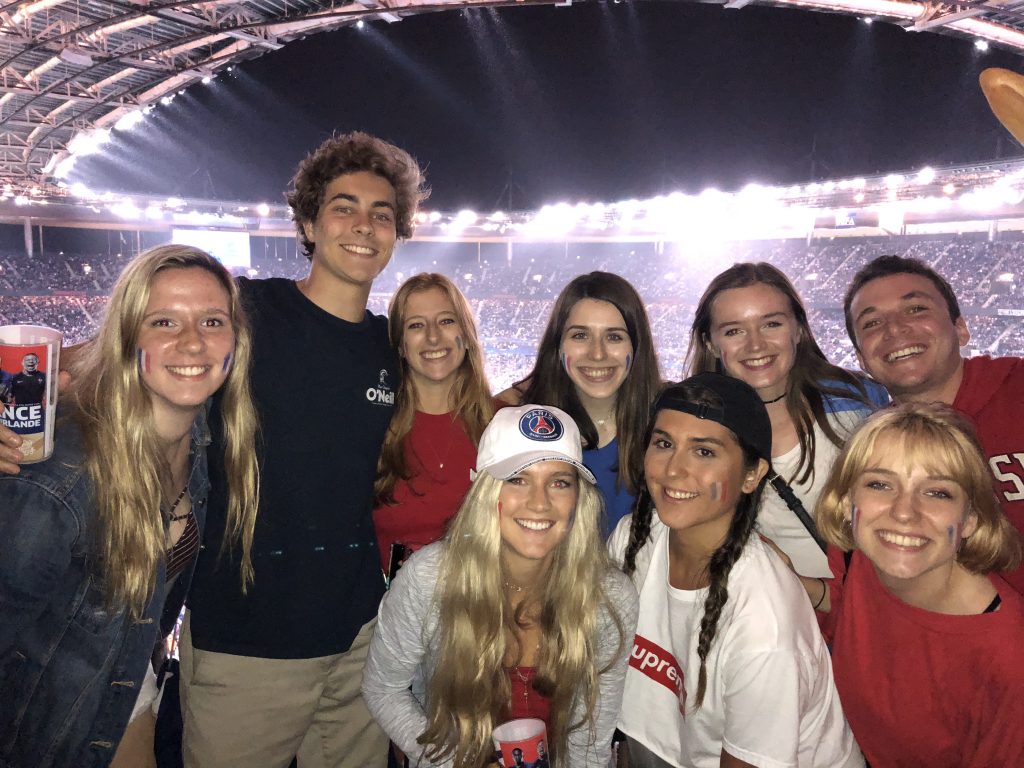 ***Bonus points if you can spot the baguette in this photo

Later in the week for marketing class, our IES program took us to the Palace of Versailles. The palace itself is massive and covered in extravagant gold. The inside houses hundreds of famous artworks, and of course the famous Hall of Mirrors. After touring the palace, we explored the backyard gardens. The gardens cover over one mile, including sculptures, fountains, and a hedge maze. At the back of the hedge maze, I found a small café hidden in the garden. This was one of my favorite places to eat, as it was very serene and peaceful. 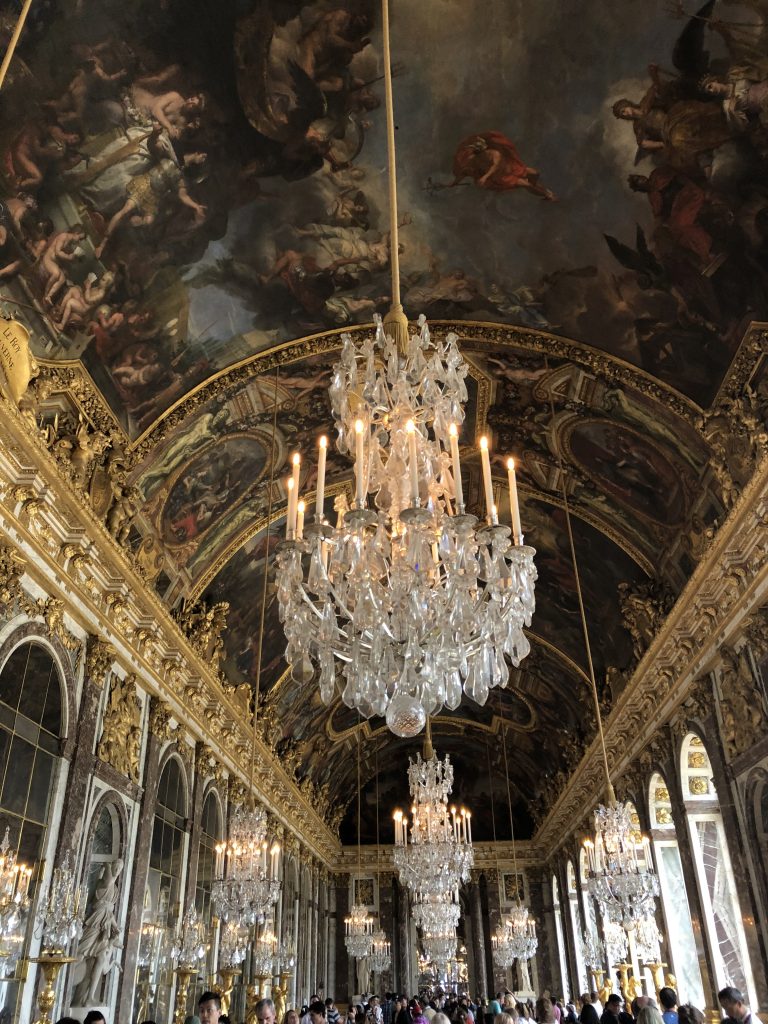 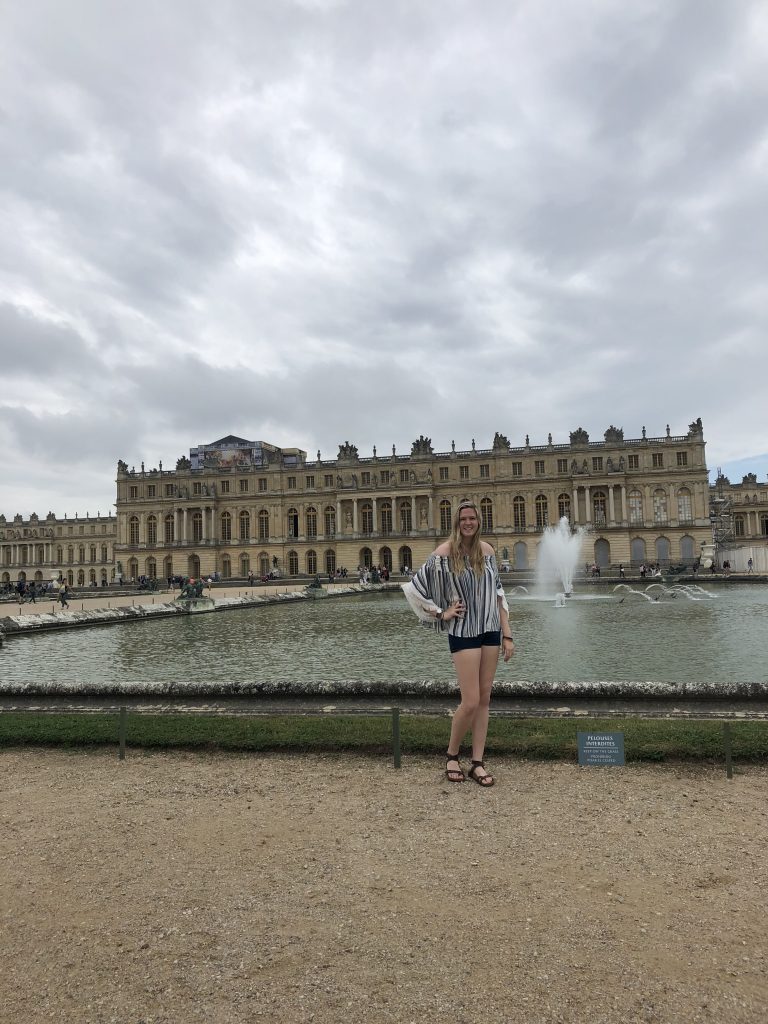 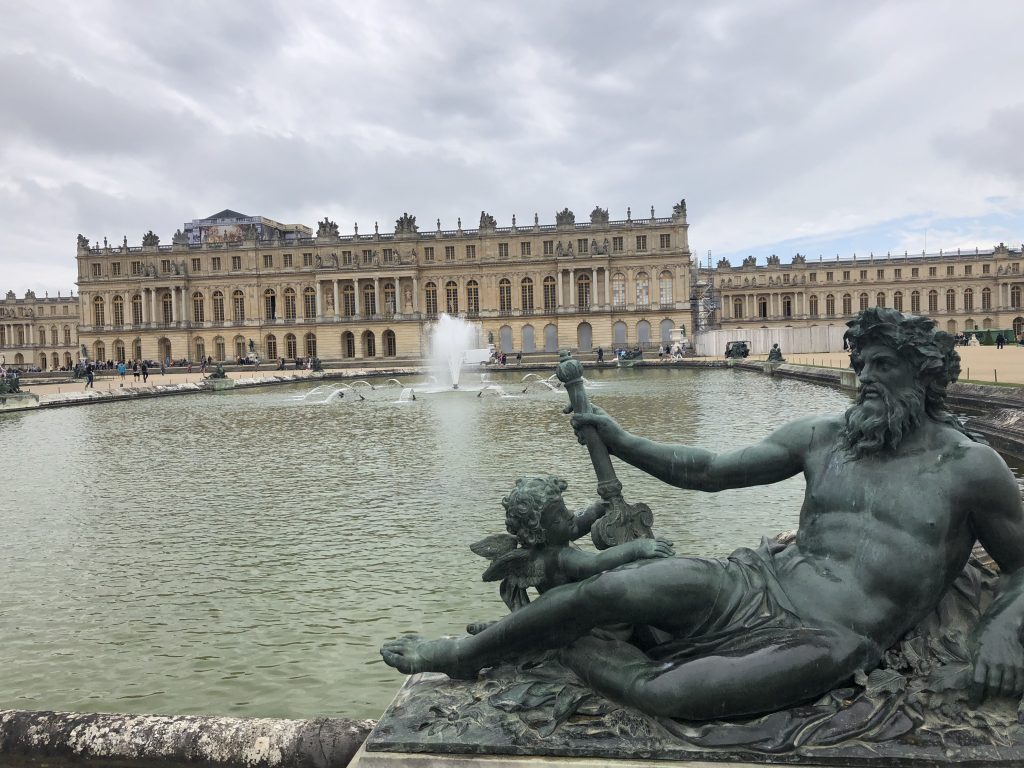 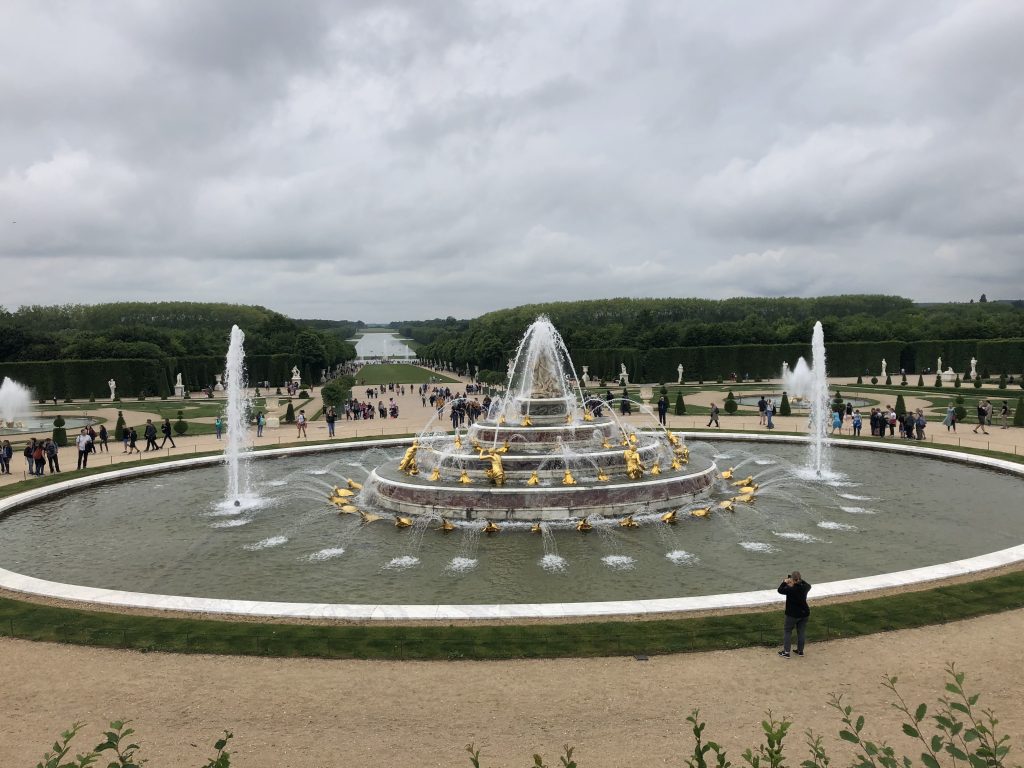 On the weekend, I decided to take on the true challenge of Paris: tackling the Louvre. The Louvre has over 35,000 pieces of art and several floors. I started very early in the morning and followed a plan to see the artworks I was most excited about. My favorites included the Mona Lisa, Venus de Milo, Winged Victory, and the Egypt exhibits. I explored the Louvre from opening to closing time, and saw everything I planned and more! I absolutely loved the Louvre, as there were so many timeless pieces of art history. 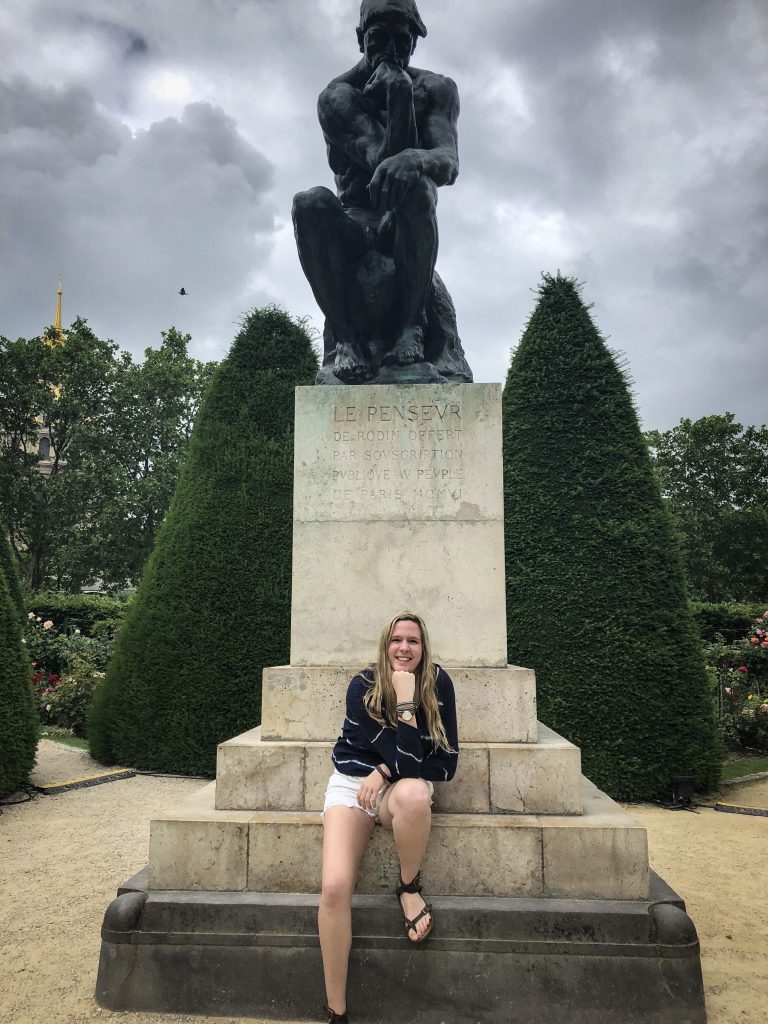 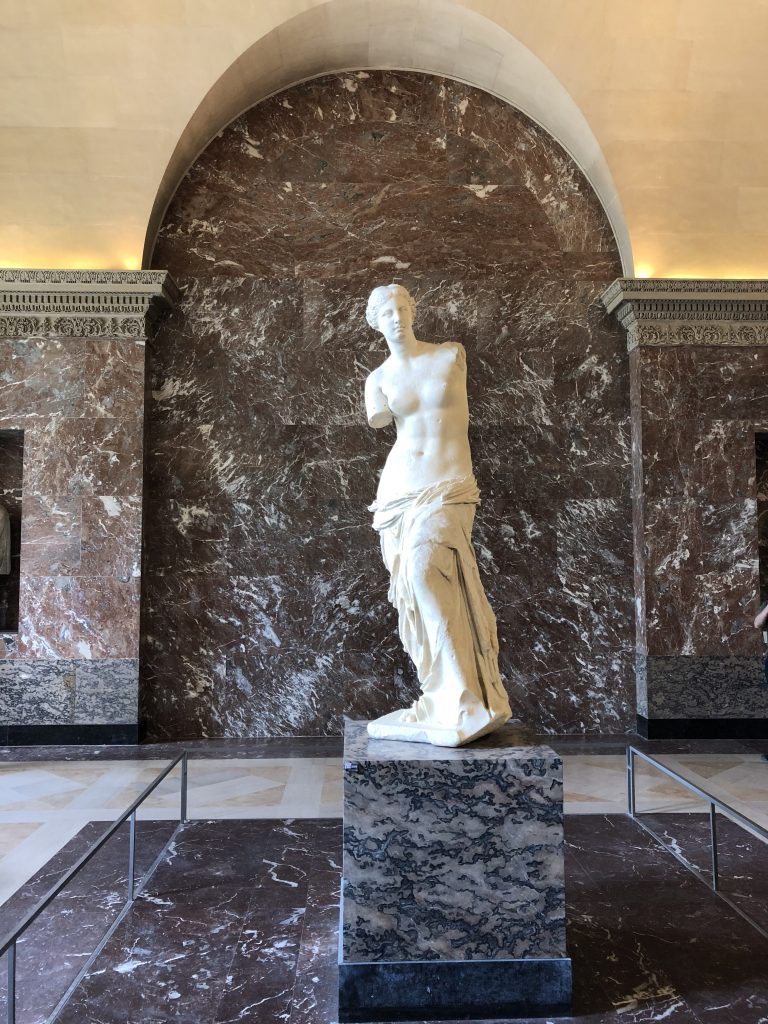 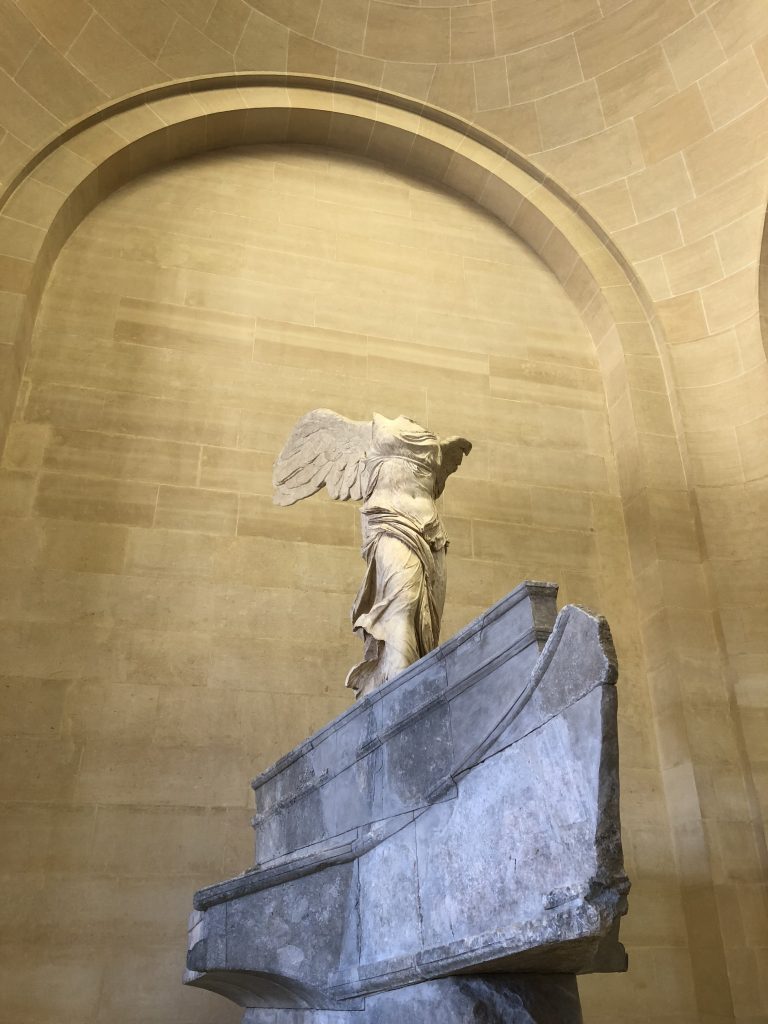 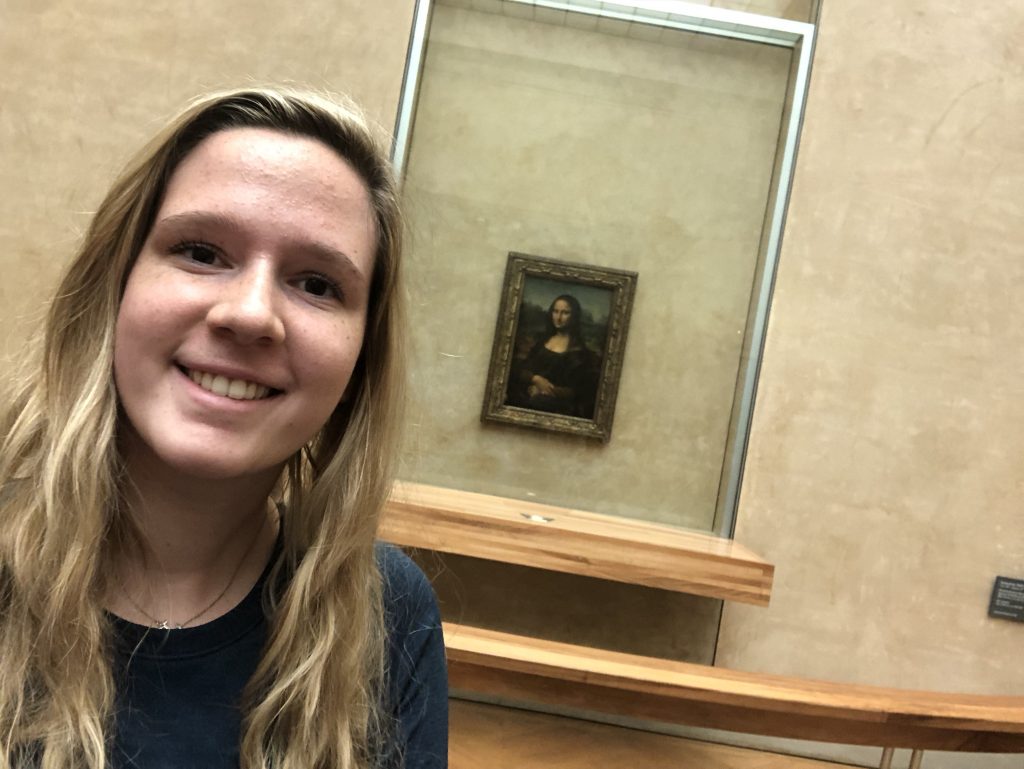 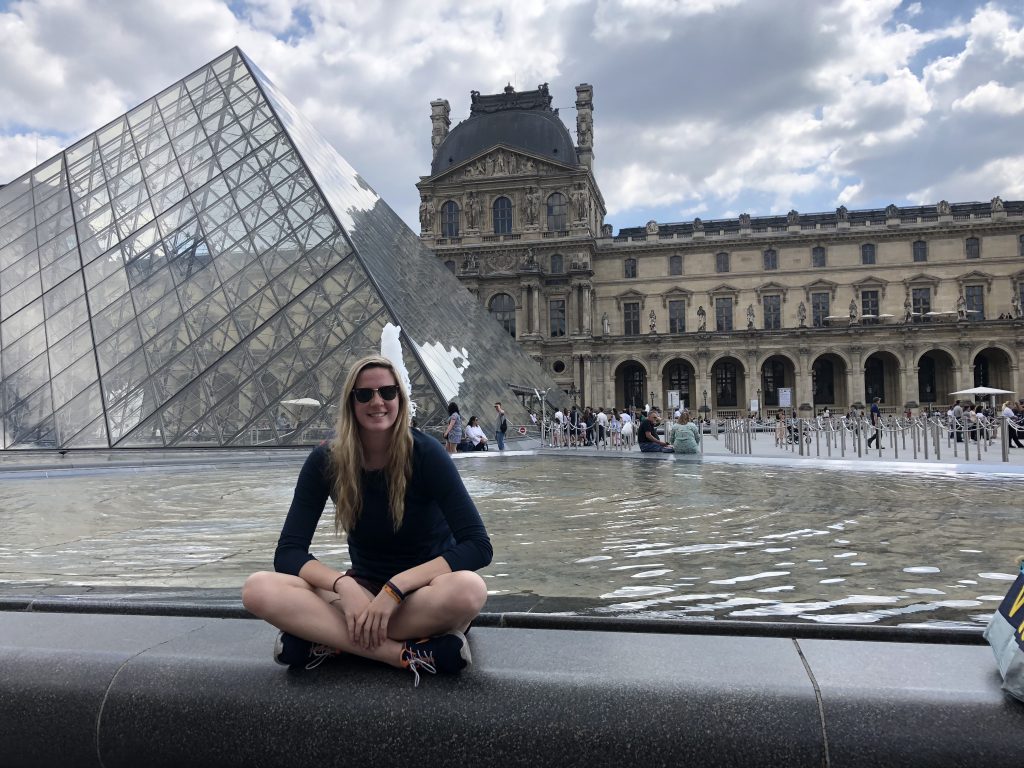 A few hours in, I found my absolute favorite piece of art. I stumbled across it on accident, and fell in love with the intricate detail. I also thought it was funny that this painting is actually a painting of other famous paintings. The piece is called Gallery Views of Modern Rome by Giovanni Paolo Panini (attached below). The room this painting hangs in was completely empty, so I was able to enjoy the art peacefully which is rare in the Louvre. 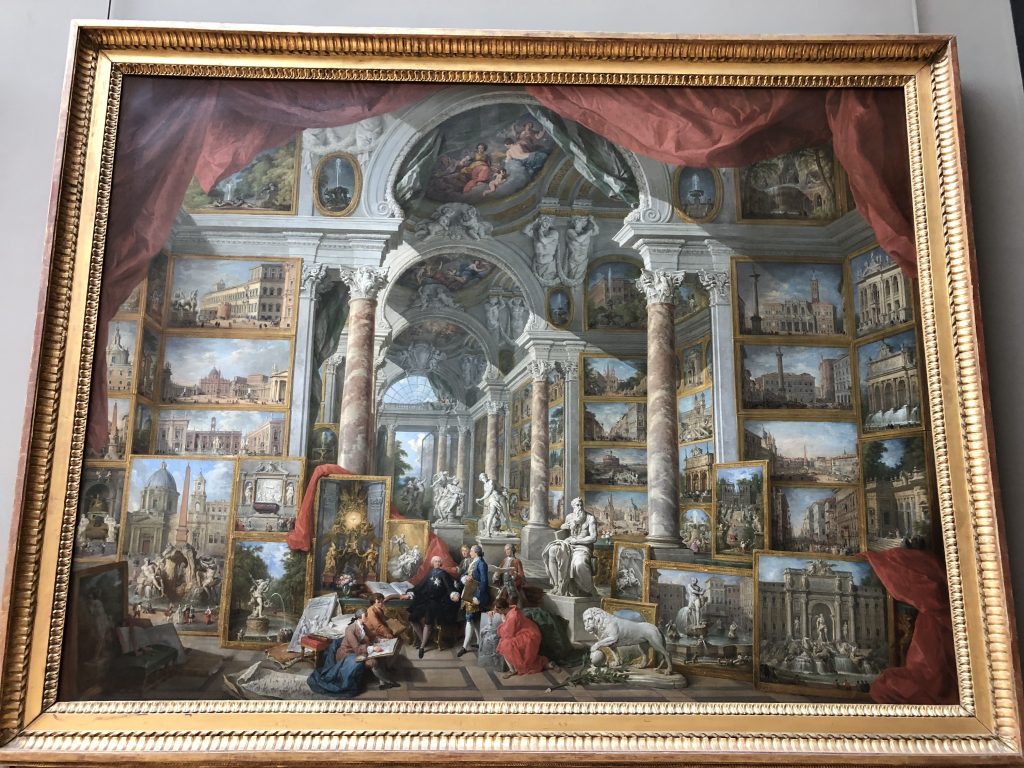 After hours exploring the Louvre, I ate at Café Marley which overlooks the Louvre courtyard. The Louvre is a massive museum, but definitely one of my favorite places in Paris. I hope to come back to see even more art at the Louvre!