This past weekend an Ecuador bucket list item of mine was crossed off. Since last semester I knew I wanted to take this train ride in Ecuador that goes through the mountains and was supposed to have incredible views. Luckily, some other friends wanted to do it too and so my dream came true. We headed out on Friday and took a five hour bus ride to a small town called Alausí. There’s not much to do there, so we pretty much just ate some dinner and wandered the streets in hopes of finding anything really. We actually did stumble upon a community center that had a soccer game going on. Naturally we decided to sit in the bleachers and watch for a while. Everyone stared at us the second we entered because we were clearly not from the community, but it was cool to see a piece of the life in Alausí. After the game, we went to our hostel and hung out before getting some sleep.

In the morning we went to the train station to take the ride I’d been waiting for since November. The ride is called Nariz del Diablo and like I said, it goes through the mountains and man were the views beautiful. Everything was so green there and looked peaceful. We rode for about 50 minutes then stopped at a station for an hour where there were some very touristy attractions, such as indigenous music and dancing, a tiny artesanal market, and a restaurant. After that, we headed back to Alausí. While I wish the train ride could’ve been longer, it was a great experience. Since there was nothing else to do in the town, we ate lunch then grabbed a bus back to Quito. The trip was a quick one, but worth it for the good views. 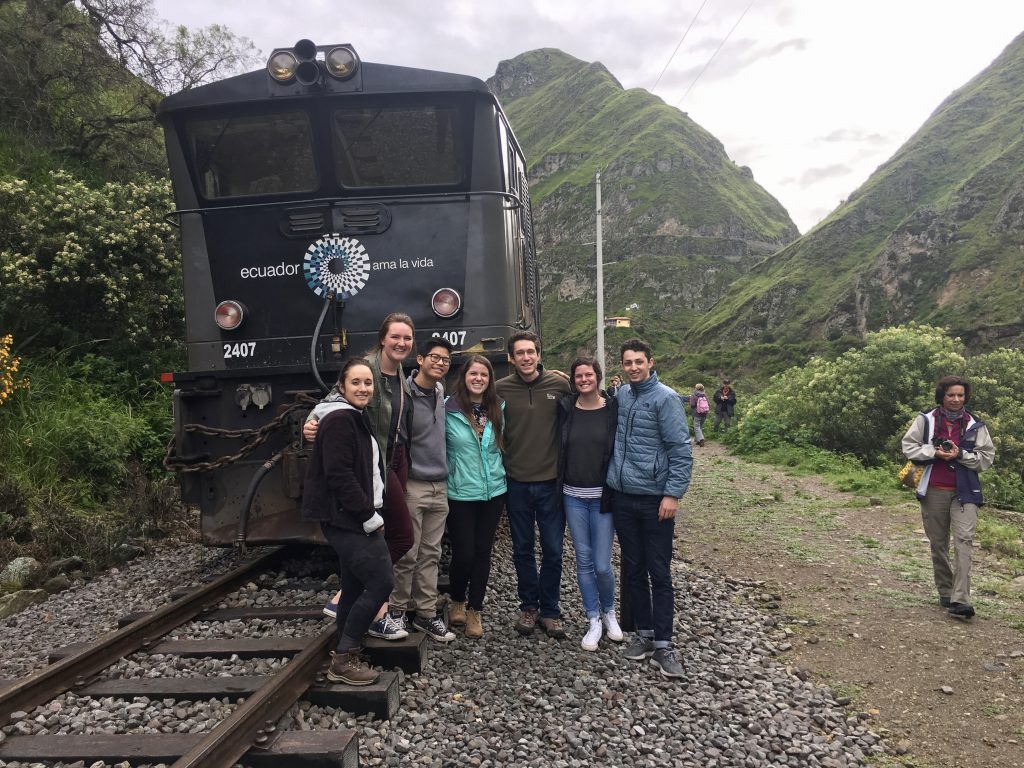 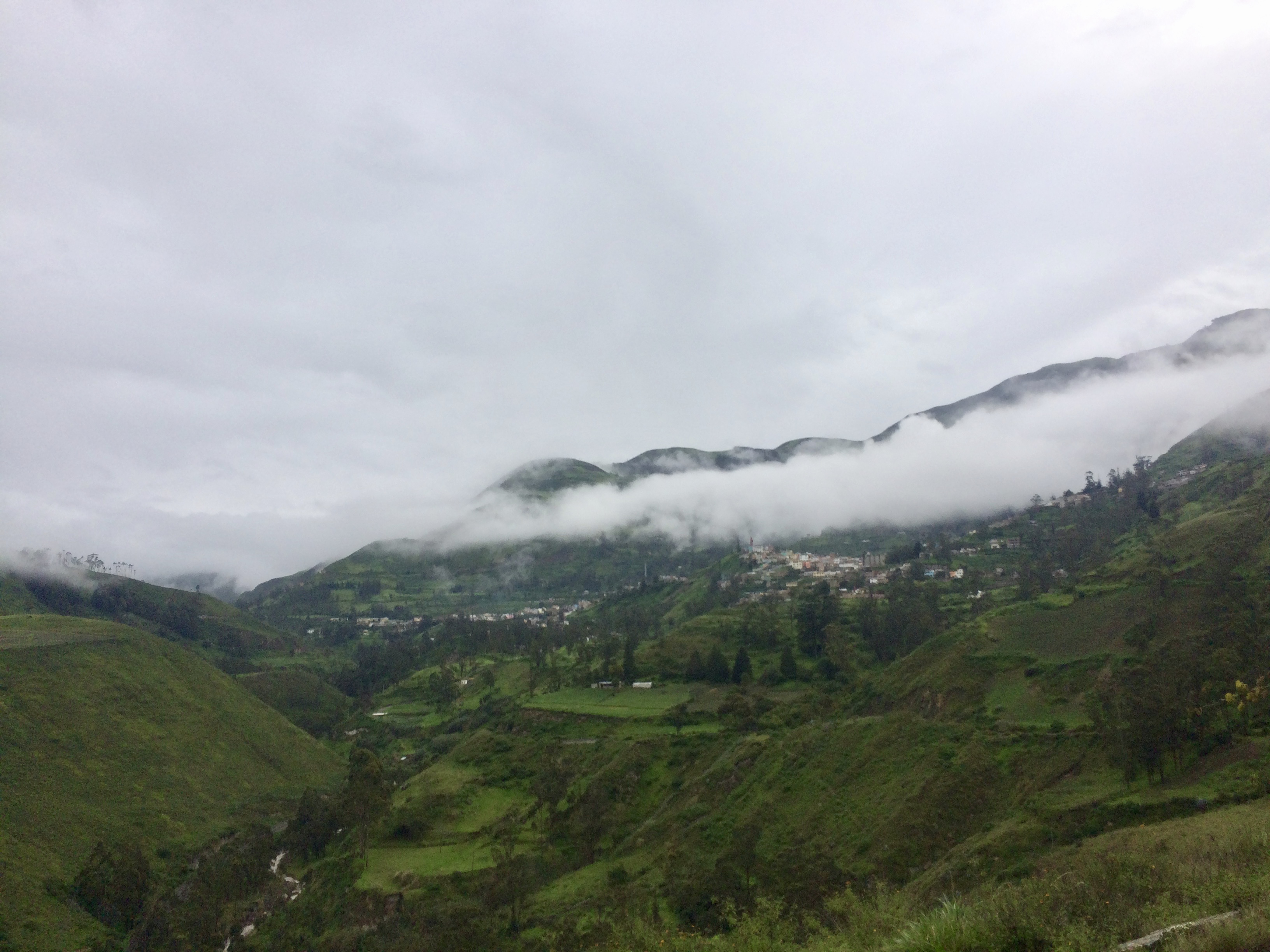 On Sundays in Quito they shut down one of the main streets until mid-afternoon to allow people to ride their bikes safely in the street. It’s called Ciclopaseo and it’s a way to encourage getting outside and also a sense of community throughout the city. Those who know me well know that I have a pretty big fear of biking. I had a bad experience as a child and it has kind of haunted me since then. However a common theme with studying abroad is that you don’t want to miss out on any experience. Even if it is something that is uncomfortable or that you’re unsure of, it’s probably good for you. So I decided that I’d join my friends on this bike ride and I’m grateful that I did.

We rode for about 14 miles, going through parks, the historical center of the city, and in new areas that I’d never seen before. I rode at the pace that was comfortable for me and talked to my friends about all kinds of topics from visiting each other at our different schools next semester to how we have a pact that we’re going to invite each other to our weddings someday. I was pretty nervous before we left, but felt at ease the whole ride because my friends were by my side. I’ve said it before and I’ll say it again, but getting out of your comfort zone is truly the best way to grow and to learn. 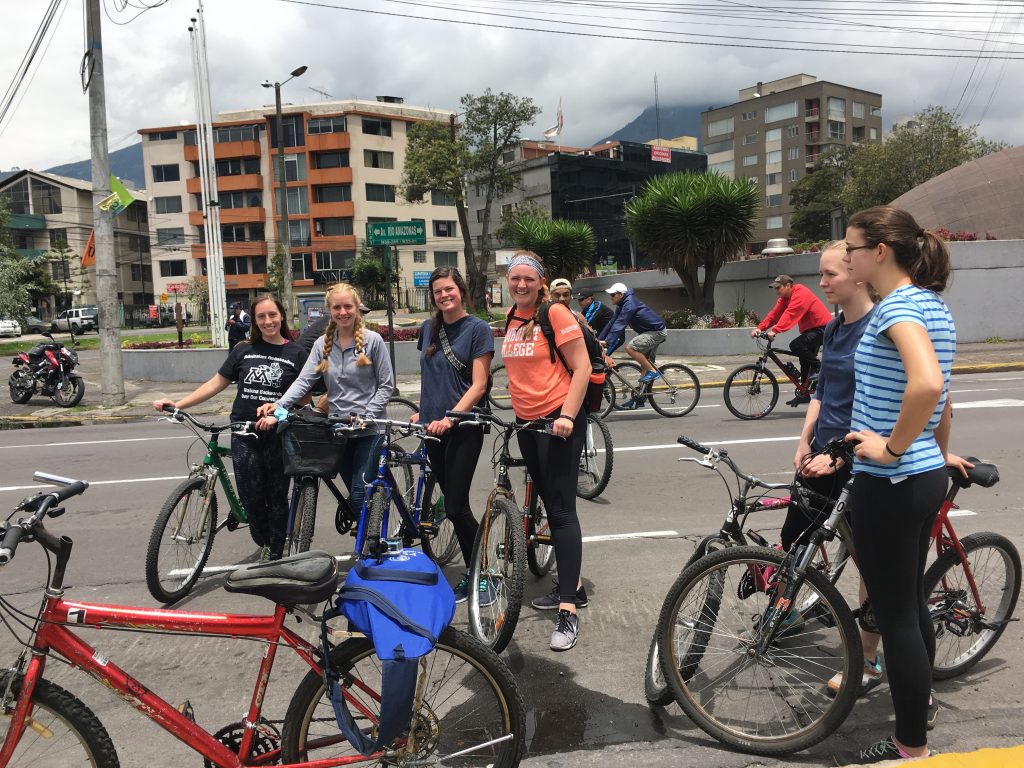 It was another nice weekend, but now I’m back to going to classes and living the life of a college student. I have papers and presentations coming soon, however I am still finding fun things to do during the week too. For example, I just got home from getting Papa Johns (sometimes we just need some American food, okay?) and going to see the new Beauty and the Beast (it was great, go see it). Traveling and seeing different parts of Ecuador is wonderful, but the normal everyday life things are pretty great too. I’ll be in Quito this weekend and the adventures will surely continue.