On Saturday I found myself eating tiny coconuts and sipping water from tiny shoe-shaped flowers. It was like a miniature tea party!

In fact, one of my favorite memories from childhood was the tiny tea-set that my sister and I shared. Even for 10-year-old fingers, it was teensy. And we would always drink tap water and eat baby goldfish. At that point in my life, real tea was a very grown-up concept.

Now, thanks to my roommate Sav, who introduced me to this drink and the constant presence of tea at our evening meals in Chile, I’m addicted. And a warm cup of tea was exactly what I was craving after Saturday’s adventures.

Let me back up.

On Saturday, my study abroad program took an excursion to La Campana National Park. It’s a magical place just a bus ride away from Valparaiso, where the ecosystem changes suddenly to remind me of Jurassic times. 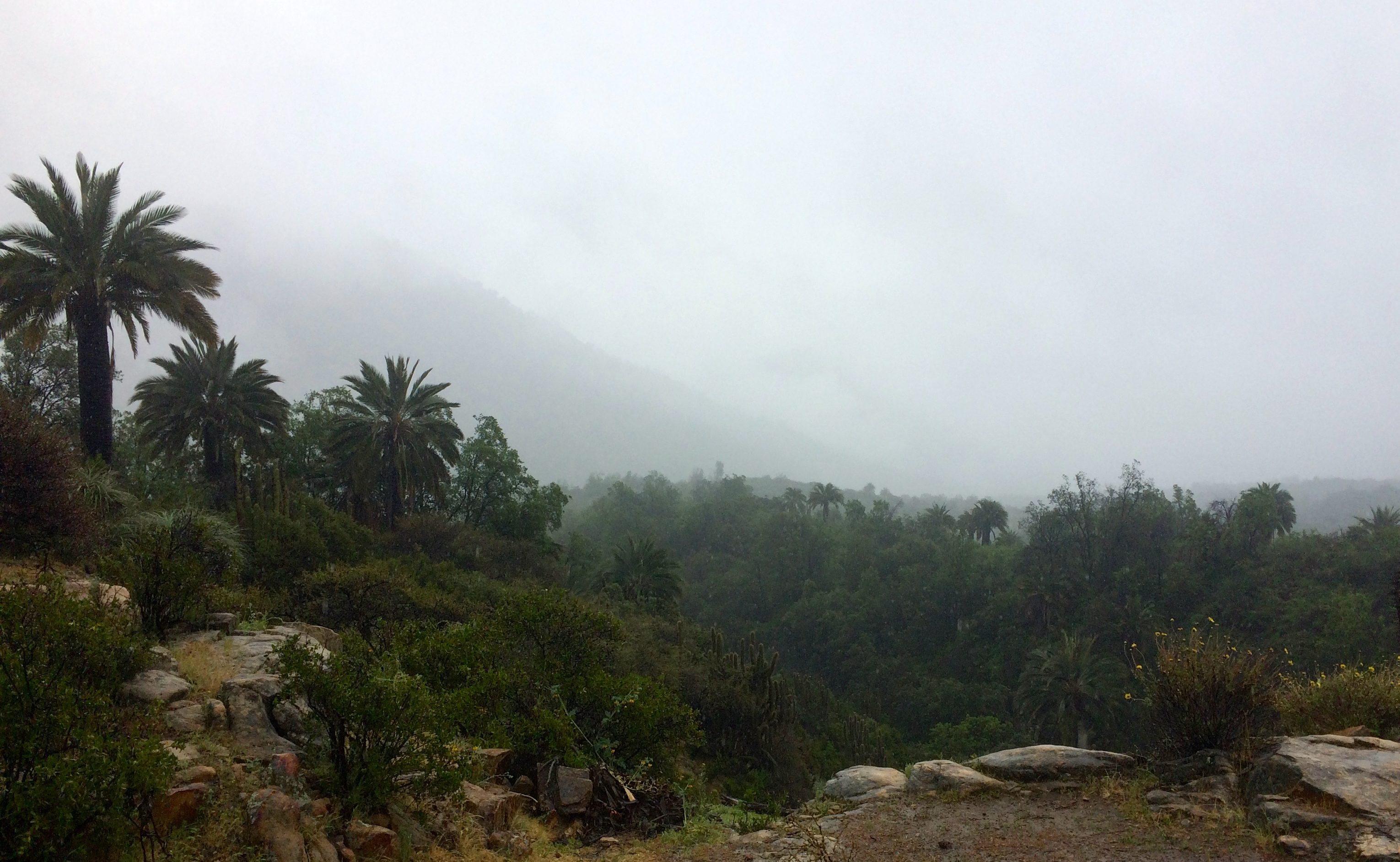 Doesn’t it seem like dinosaurs would live here? I kept expecting a pterodactyl to come swooping by. This mix of vegetation has been here for hundreds of thousands of years, and the palm trees, or palmeras, are a species unique to Chile. Their presence here has to do with the microclimate in the national park, which receives a lot of rain.

I learned all these things from our tour guides, who were an incredible source of knowledge about the national park. They pointed out tons of wildlife, patiently answering all my questions about rocks and woodpecker species.

The part about the rain, though, I picked up on pretty fast. It was raining all day, starting just after we unloaded the bus in the parking lot. By the time we got back, about 5 hours later, we were slipping and sliding down the muddy hills.

On the plus side, the rain made the waterfall that we went to see absolutely gorgeous! Our guides noted that there was more water rushing down it than they had ever seen. 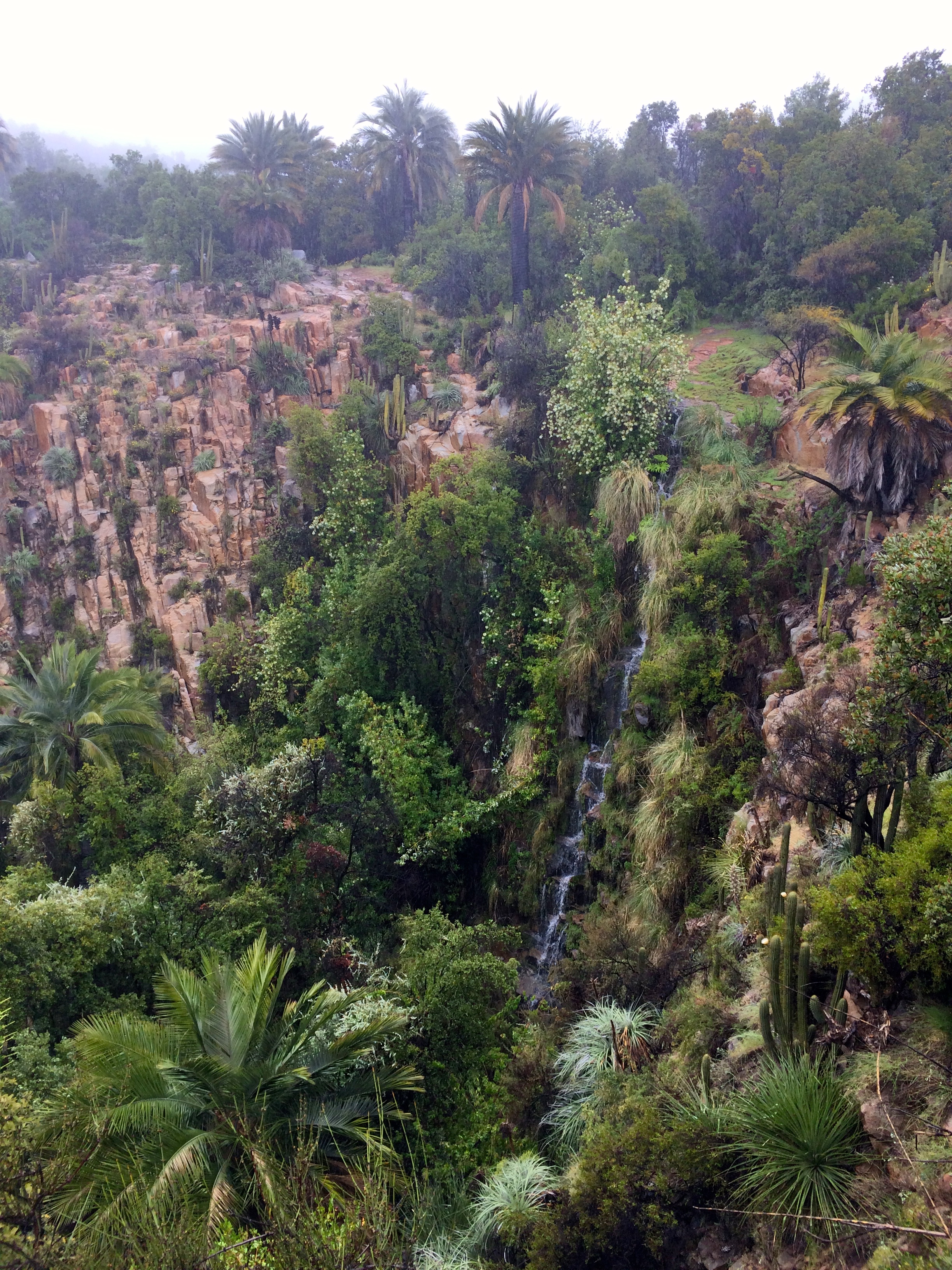 The rain also allowed us to see some more secretive birds, a tarantula, and flowers that would have closed up otherwise. These adorable bell-shaped yellow flowers generally last about a day, but with the rain, they were filled up to the brim. And they were the perfect shape to take a little sip out of!

The tiny coconuts that made up the other half of my tea party were from the Chilean palmera. They’re about the size of a quarter. Our tour guide found one on the ground and split it open with a rock. They don’t have water inside, but the fleshy white part tastes just like any other coconut!

Overall, I had a wonderful time in the land of the dinosaurs! Despite the rain and the cold, it was an amazing place to visit. And on the way back, we stopped at an authentic Chilean restaurant to warm up with a cazuela (a typical brothy soup) and, of course, some tea.