Welcome back lovely scientists to the STEM@Home blog. My name is Lucy and I was in charge of leading a camp with ExploreHope this year. I will be a senior at Hope majoring in Elementary Education and I am really looking forward to working with kids in the camp. It has been so exciting to be able to spend this valuable time with the campers. I led Roller Coaster camp and the kids had so much fun inventing and discovering new ideas through creating, working together, and using their imagination to put together original inventions. They had me on a roller coaster of emotions.

In this camp, campers are given freedom. We set up certain activities and products they needed to create. However, we didn’t give them steps or any type of strict guidelines. This camp is all about them discovering and creating something that they made on their own. We also helped them learn new ideas and terms that will help them recognize science all around them. We introduced them to the science in their world.

There were so many wonderful memories created. One has to be when the kids were challenged with balancing a lever. They had to put certain items on one end and balance it with crayons on the other. They had so much fun trying to decide how many they needed. They even started putting their own items on one end, like sunglasses, and measuring those. Another was when they made chain reactions. They had fun finding a way to complete a task that wasn’t direct. They had fun trying to find a way of making a simple machine work as well. They worked together well and had such amazing ideas of how to make them work. They had so much fun with it. 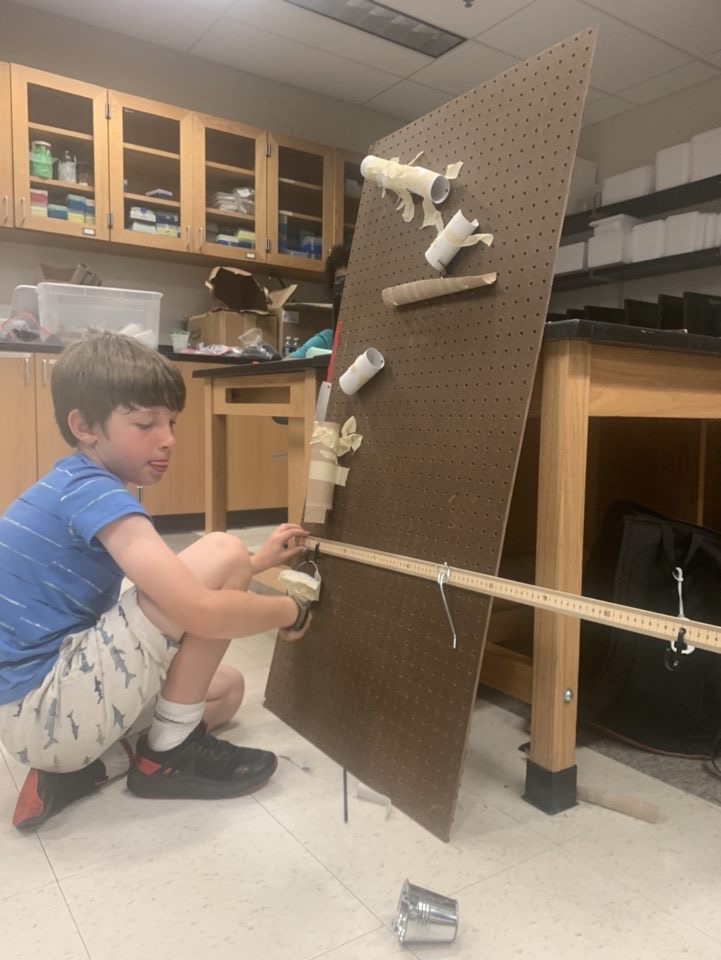 One activity that they and I both loved which is quite simple was a marshmallow catapult. This is an activity that we did when the kids were learning about kinetic and potential energy. They were able to build their own catapult and shoot a marshmallow to see how far it would go. The used rubber bands, tape, popsicle sticks, spoons, and a small marshmallow. I had a certain model that they could use for an idea. However, I could only make it go high and not far. They needed to solve that on their own with their own model. The model I had was three popsicle sticks stacked on top of each other and had a rubber band at each end. Then I would pull it back and show potential energy and how it could become kinetic. Overall, campers had many great opportunities in Roller Coaster camp to practice their problem-solving, invention, and creativity skills, all while making new friends and expanding their love of science!