Last weekend, my roommate REALLY wanted to go home. It was her small town’s harvest festival in the middle of Wisconsin. She was nice enough to invite student blogger, Marv, and I along. As lovers of all things fried and cheesy, we had to accept the invitation.

As we move into the second month of our semester, things are getting hectic. College schedules can get repetitive, even though activities are constantly changing. Having done research at Hope all summer (more on this soon), I was getting the itch to get out of Holland. A trip to Wisconsin was the PERFECT CURE. 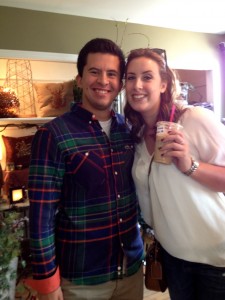 We perused Hannah’s cute little town and got to see a parade and many interesting specimen of Wisconsin natives (no offense wisco’s). Oh, right. And I also wore a tiara around all day. Hannah was prom queen her senior year of high school, and after finding her crown at her house, I decided to wear it around the Harvest Festival to, naturally, pretend I was queen of Harvest Fest. 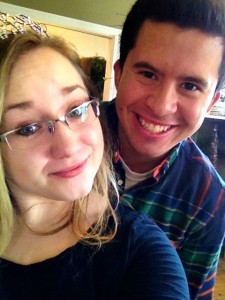 I had some really interesting reactions to my tiara. I was called princess multiple times (mostly by fried-cheese-selling vendors) and people complimented me often on my headwear. I think my friends liked it (secretly of course) because they felt like they were in the presence of royalty. Which, they were. 😉 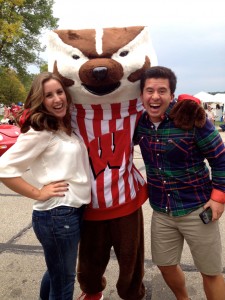 Once the parade started, things REALLY started to get real. I’ve only been to Wisconsin once or twice before, and all when I was younger. It really is a different atmosphere than even the upper back woods of Michigan. Marvin and Hannah ran into the badger-thing, Bucky. I thought he was quite strange, but I was not aware he even existed… so… there’s that. 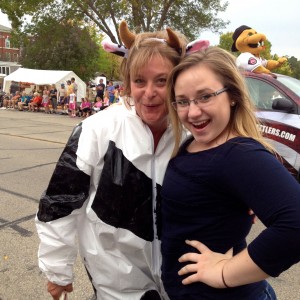 Yeah and the BEST PART OF THE ENTIRE THING??????? Cows handed out string cheese. Ya. For real. There were COWS running up and down the street. Handing out STRING CHEESE. That’s when I knew we weren’t in Kansas anymore…er…Michigan. 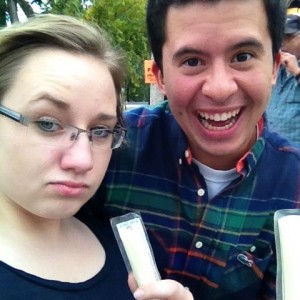 Gru and the kids – along with minions – made an appearance. This was quite a shock because I know they are busy with their recent filming and producing of Despicable Me 2.

Also the people of Wisconsin were very excellent hosts. This girl (below) heard me cry when her and her friends got all the swedish fish. She offered me one of her packs. –Sweet, right? 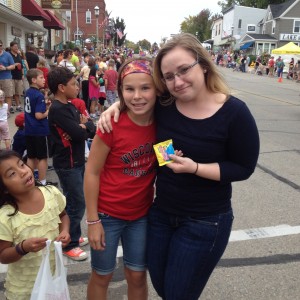 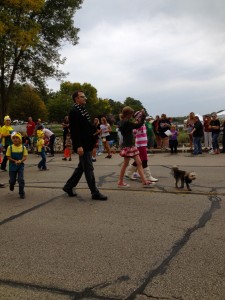 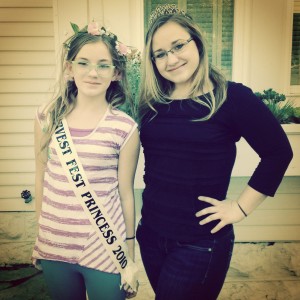 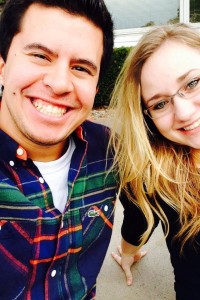 Unfortunately, I developed the dreaded fall cold while I was in Wisconsin –could have been all the fried cheese Marvin and I ate. But hey. We make sacrifices in life… even for string cheese.