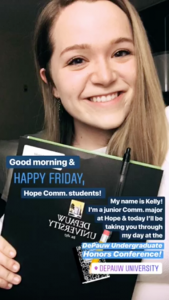 In April, two Hope College seniors, Kelly Arnold and Karey Frink, traveled with Dr. Lauren Hearit to present their paper at the annual DePauw Undergraduate Honors Conference. Kelly and Karey had developed a project in Dr. Hearit’s Research Methods course that examined how organizational identification is impacted by different types of on-campus student groups. Their paper was competitively selected for presentation. Kelly said:

The DePauw Undergraduate Conference was useful in that it allowed me to talk about my research with other undergraduate researchers from a variety of backgrounds and interests. We were able to talk about what worked, what didn’t work, and ways to improve all of our projects. 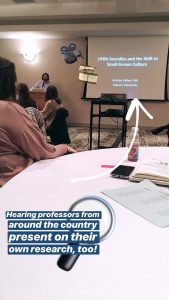 As the conference was a working conference, after Kelly and Karey presented their research project, they received feedback from scholars at Auburn University, The  University of North Carolina at Chapel Hill, and the University of Michigan. Karey said:

DePauw’s Undergrad Conference paired me with a fantastic peer group and mentor who provided constructive criticism that will help me with future research papers. 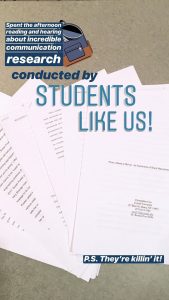 Kelly and Karey had the opportunity to hear research presentations from students at other Liberal Arts institutions, as well as keynotes from scholars in the fields of film and media studies, and practitioners. A highlight for both students was a keynote address from Anne Helen Peterson of BuzzFeed News. Dr. Hearit said:

It was very rewarding for me professionally to bring Kelly and Karey to DePauw University, and we greatly appreciated the monetary support from both DePauw University and the Communication Department at Hope College to make this conference possible at little cost to our students. Presenting their work at DePauw’s Undergraduate Honors Conference was an excellent opportunity for Kelly and Karey after a semester of hard work in Research Methods. I am eager to see what is next for both these bright, hardworking students.

Dr. James Herrick was recently featured on Mars Hill Audio, a radio/podcast program that hosts conversations with scholars and artists, and focuses on Christian faith and faithfulness in contemporary culture. 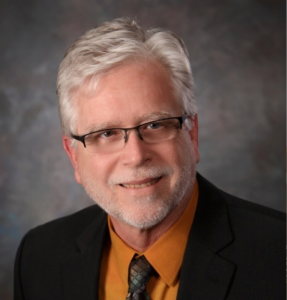 Transcendence: Human Enhancement and the Rhetoric of the Future (2017). Specifically, Dr. Herrick described transhumanists’ aspirations for how humans can meld with technology and become “post-human.” Dr. Herrick focused on how these aspirations are rendered plausible through stories. While uploading human consciousness into a computer may seem (and be) impossible,  technofuturist stories shape how laws, policies, industries, aspirations, and everyday technology use play out. Indeed, technology increasingly shapes our work environments, children’s educational environments, the medical treatments we undergo, the homes we live in, the relationships we value, and the military and security systems we champion.

Dr. Herrick explains how technofuturist stories combine the myth of 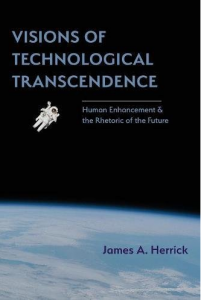 progress and story of evolution. These stories promise that technology will save humanity from disease, poverty, despair, and death. As such, technological progress becomes an end in itself since it is featured as humanity’s salvation. These stories are optimistic, but falsely so: they promise that technology will save humanity and provide humans with ultimate control over their environment and bodies. However, technology is only a tool, it cannot offer meaning, purpose, or salvation. Yet these technofuturist stories are persuasive and comforting, and they are fundamentally shaping our cultural practices, laws, and regulations, creating a future in which technology operates as a god. 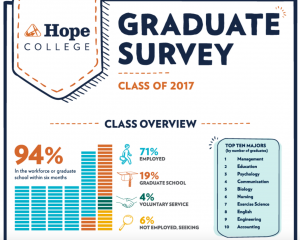 Leah Murray (2016) enrolled this year in Syracuse University’s online Masters of Communications program. Reflecting on her education at Hope College, Ms. Murray commented that the communication theories she learned during her undergraduate coursework has helped her excel on her tests at the graduate level. Ms. Murray specifically noted that Dr. Dibble’s guidance answering questions and pushing students to really challenge themselves helped her prepare for her future in Communication fields.

Students who major in Communication at Hope College are well-positioned to attend graduate school in programs such as Communication (rhetoric, public relations, journalism, broadcasting, cinematography, etc.), Law School, Business School, Human Resources, Psychology, Social Work, Student Development, and Seminary. Graduate schools often have early application due dates, so talk with your advisor about graduate school early in the Fall semester of your Senior year if not before!

Hope’s Communication Majors excel at public speaking in the workplace–and twenty-first century jobs regularly involve public speaking. Hear from two of our recent graduates as they reflect on their learning from Comm 140 Public Presentations:

Jeff Serini (2011) is opening a new company, Paragon Fitness. He credits his Hope College education in public speaking  with guiding him through his pitches as he explained his company’s influence marketing strategies to a group of entrepreneurs in downtown Grand Rapids. He reminds speakers to smile, look people in the eye to build trust, and be comfortable with pauses instead of filling the silence with “umms” and other vocal fillers.

Ultimately, speakers need to engage their audience members with their content and delivery. Comm 140 Public Presentations teaches students how to (1) draw on strong evidence to make a persuasive argument, (2) how to organize the content so it is easy to understand, (3) how to focus on the audience so the material makes sense to them, and (4) how to stylize and deliver a speech for the most effective communication.

Dr. Sarah Kornfield joined the the 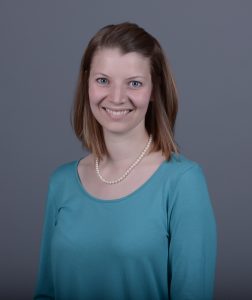 Communication faculty are committed to life-long

learning and community engagement. We teach, lead, and learn in local, national, and global communities. Dr. James Herrick has been hard at work helping us think about how the stories we tell ourselves results in technological advances–like space exploration.

This semester, Dr. Herrick led the conversation at Grand Valley State University’s Roger That! Conference, tracing the “the modern mythology of space from the late nineteenth-century Russian Cosmists, through twentieth-century science fiction writers, to the Transhumanists of our own day.” In this presentation, Dr. Herrick explained how these “narratives of space shape space policy, inform public discourse, and profoundly influence our expectations of the human future.” 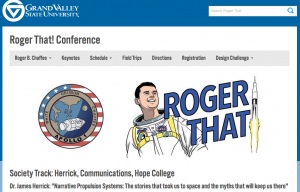 The Hope College Communication Department is on a mission to equip students to understand how humans create and share meaning in a global society. We prepare students to create, critique, and interpret communication messages and practices in multiple contexts–in relationships, in organizations, in public, across cultures, and through media.

We strive toward this mission through our classroom teaching, mentoring in office hours, public lectures and campus events, and our internship program. We’re thrilled to see local organizations, corporations, and industries recognize Communication students’ knowledge and abilities!

When a TV actor becomes 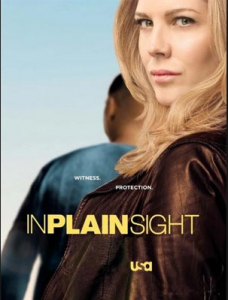 pregnant, viewers often consider how the pregnancy will affect the series’ narrative: Will the pregnancy be written into the series? If so, who is the father? How will having a baby change the character? 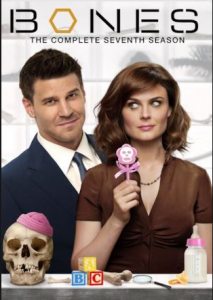 But what about the style–the way the character looks on the screen? Dr. Kornfield’s  research focuses on how television–as an medium–stylizes onscreen pregnancies: how they costume the actors, position the actors in the stage, and how the camerawork and editing portrays the actors.

Dr. Kornfield’s article “Televisual Pregnancy Beauty” helps us understand the ways in which the entertainment industry commodifies pregnancy and reinforces the idea that women (especially on TV) ought to be beautiful all the time–even while pregnant.

The Communication Department congratulates Dr. Jim Herrick on the publication of his new book, Visions of Technological Transcendence: Human Enhancement and the Rhetoric of the Future.

Dr. Herrick’s research on transhumanism studies the discourse of human enhancement–how people talk about immortality, the merger of humans and machines, human-level artificial intelligence, and space colonization. Dr. Herrick identifies how the rhetoric of human enhancement functions as a system of mythic narratives.

These myths don’t just describe current technology; instead society uses these myths to guide the types of technologies we produce. This means that by studying each myth, we can predict technology’s trajectory.

Hope’s Communication Department is delighted for Dr. Jim Herrick and his exciting research!