This last weekend, I, along with nearly 80 other Americans, took a bus and several vans to Sagres, Portugal.  Sagres is a small pueblo outside Lagos. It sits on the Atlantic, with marvelous views from the surrounding hills and oceanside cliffs. After a 3-hour bus ride, we arrived just in time to hike the cliffs and catch the sunset.

On Saturday, we spent the first half of the day in the hotel’s courtyard. The time was spent swimming, playing cards, juggling the fútbol, and throwing the disc around. In true American fashion, we grilled burgers and dogs.

After eating a late lunch (in true Spanish fashion), we headed to the coast to rock climb and cliff-jump. Unfortunately, we had to choose one or the other. Seeing as how most people went cliff-jumping, I am glad I chose rock climbing. I have a newfound respect for climbers. Climbing takes an absurd amount of finger strength and flexibility. 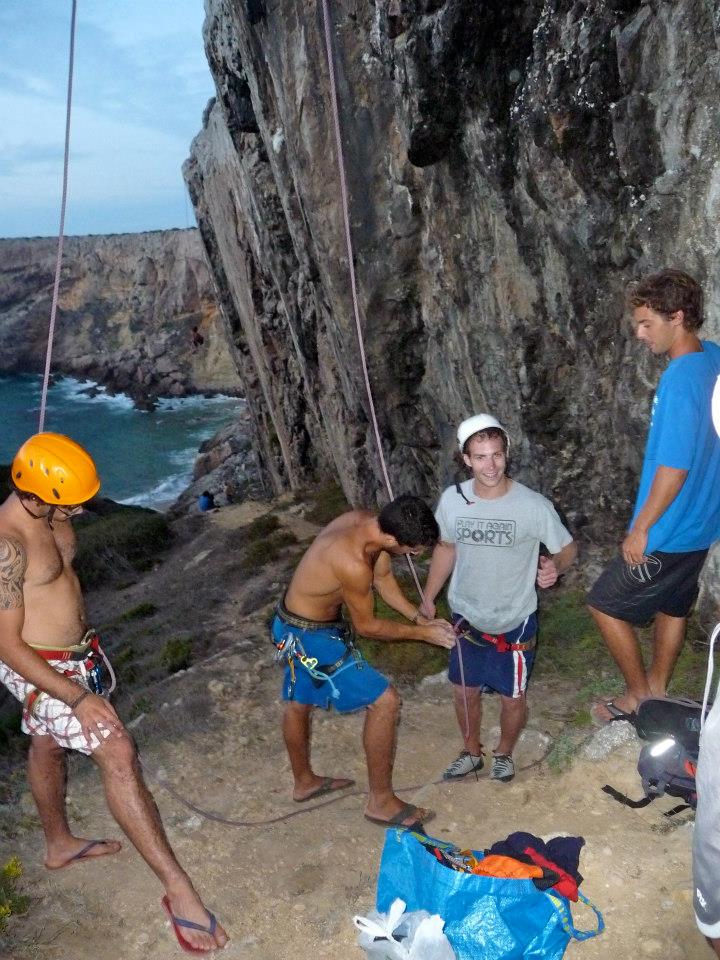 On Sunday, roughly 30 of us took a surfing class through Amado Surf School, where we learned the right (and wrong) techniques. Although we only had an hour or so in the water, most of us were able to get up and catch a few waves. The waves were bigger than any I had ever seen before, with some breaking more than 75 meters from shore. I definitely caught myself gawking more than once.

Often, I would brace myself for a wave and successfully make it over the crest, only to be demolished by the larger wave behind it. It seemed like there was no way to fight waves that powerful. When paired with the riptide, I stood no chance. A wave would knock me back 3 steps, and the riptide would pull me back out, only to have the cycle repeat. Nature was definitely bullying me out there. That being said, I quickly forgot the fact that once I began getting the hang of it, so to speak. Getting up is exhilarating; you literally feel the raw power of nature beneath your feet as it carries you towards shore.

And then suddenly, it was all over. Our 90-minute session had ended. Juca, our instructor, called everyone in and we gathered on the beach to start the long trudge back up to the surf shack. My friend Jay and I looked at each other with disappointment in our eyes. We weren’t ready to call it quits just yet!

After Juca turned his back, we darted back into the Atlantic. We spent another 45 minutes in the surf, attempting to get comfortable with slightly larger waves.  Finally, a surf staffer spotted us and motioned us in. To our relief, they weren’t at all upset. I assume that they too, understand the beckoning of the waves. 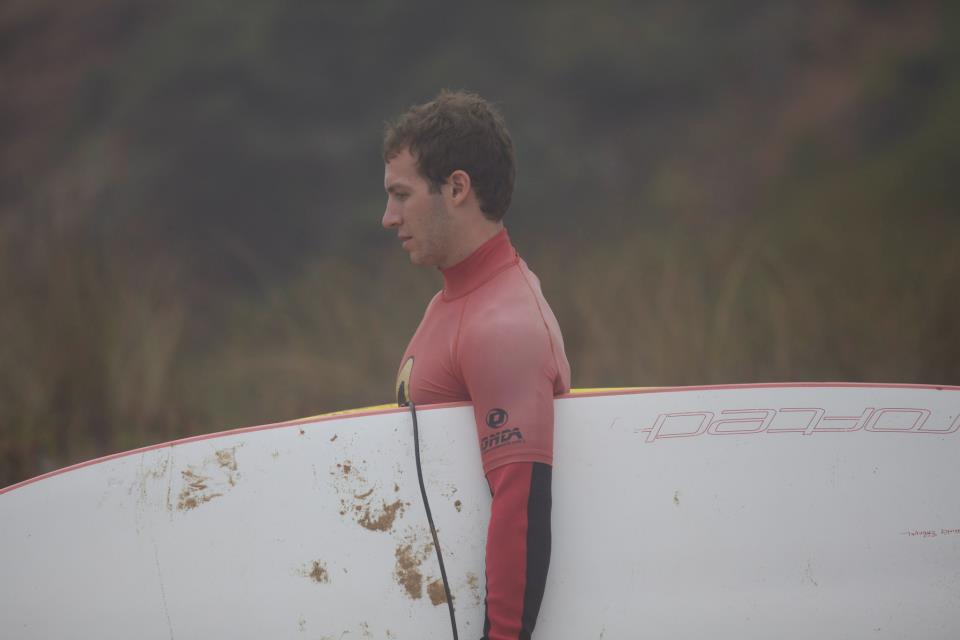 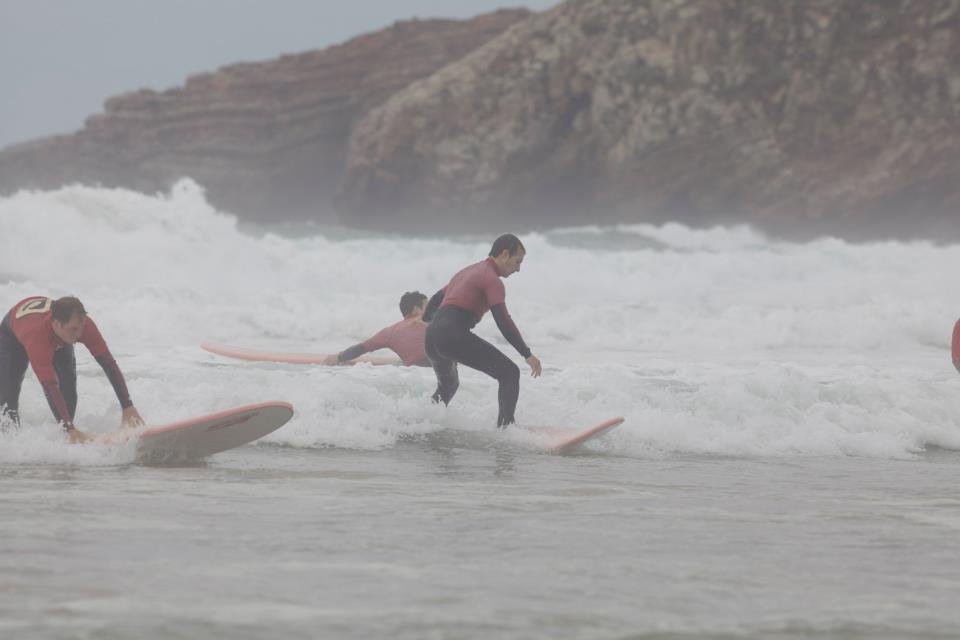 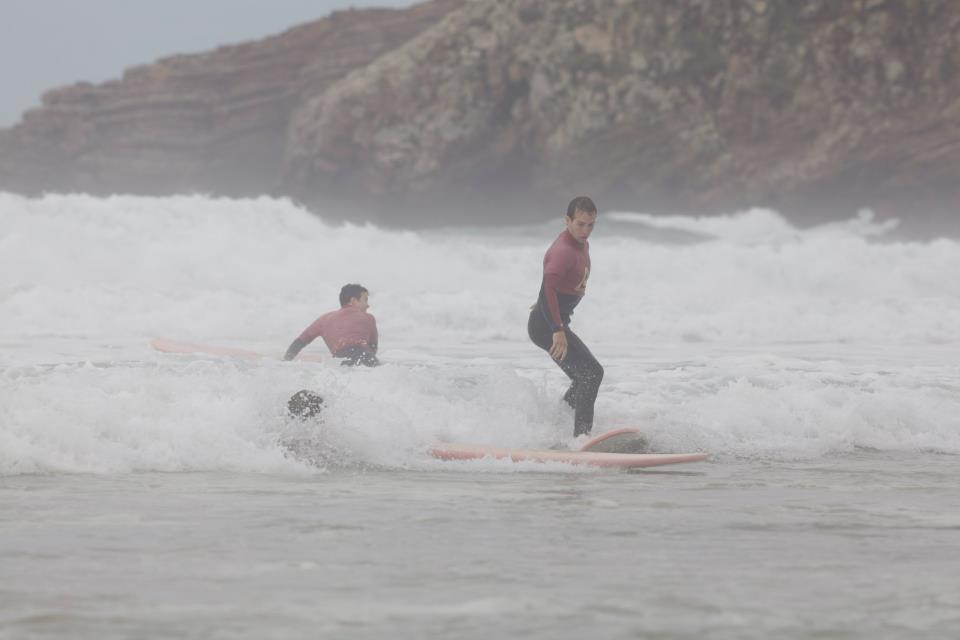