As you may or may not know, Homecoming was last week! There were tons of alumni on campus; some as recent as last year, and others who graduated in the 60s or even earlier. The school also planned a lot of events to keep students and alumni alike entertained. One of the annual events held is the Homecoming Hoedown. It’s held at Teusink’s Farm, which is about 10 minutes away from campus. For people without cars, the school provides buses that shuttle people to and from the farm all night. Because it is a hoedown, lots of students tend to get dressed up in flannel and cowboy boots. It’s fun to see how creative some people can be!

Once you get to the hoedown, you’re never out of things to do. There is line dancing, hay rides, s’more making, and adorable farm animals to look at. I went with my friends this year, and we had a blast, even thought it was freezing outside! 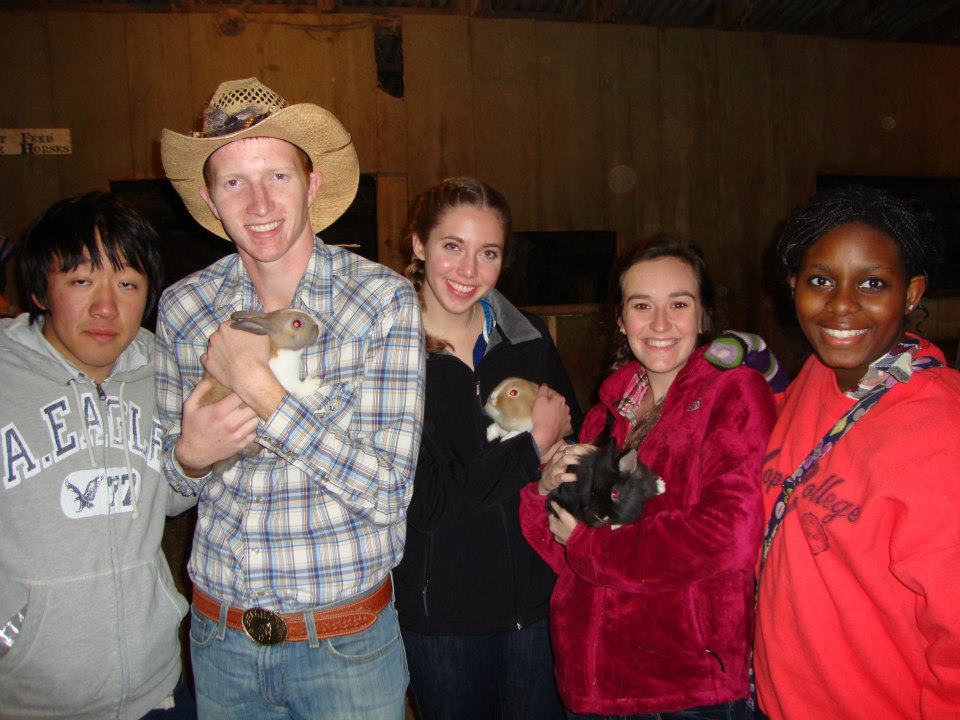 As soon as we arrived, we went straight to the barn. There were chicks, horses, goats, and, the crowd favorite, bunnies. The bunnies were so adorable and we couldn’t put them down! After being in the barn for a little bit, we got some trail mix and cider, then went in line for the hay ride. By the time we got there, the line was already suuuper long. Luckily it went down pretty fast, so we didn’t have to wait very long.

The ride took us all over the backwoods farm, which is gorgeous at night. Since there aren’t very many lights there, the stars were visible, and my friend Hunter pointed out some constellations to me. As fun as the ride was, it didn’t do much to warm us up, so we went to a fire and made s’mores. It was a little difficult because my hands were nearly frozen and so were the marshmallows, but they were good and well worth it! We were more than ready to warm after that, we hopped on a bus and headed back to campus. I’d say it was another successful year at the hoedown!