Alright, look, I know it’s cool to give Phelps some heat on their food quality, but I think it’s pretty fair to say that they completely deliver for the month of October every year. If you haven’t guessed what I’m talking about yet, it’s the wonderful cereal that is Count Chocula.

Originating in 1971, Count Chocula can most easily be described as chocolate Lucky Charms, but as soon as you taste them, you realize they’re just so much more than that. The way that the smooth marshmallow ghosts counter the rough and crunchy chocolate ghost pieces is something that cheap imitations just can’t compete with. 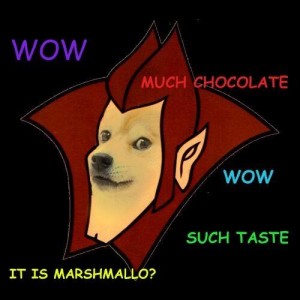 October is the time of the year when school work really starts to take a toll on students, and if it weren’t for Count Chocula, I don’t think I could make it through even a week. Believe it or not, there are others who need a nice hearty bowl of Count Chocula to get us through those rough days and long nights. It used to be that you had to stock up all through October, because after Halloween, the cereal would disappear from shelves. Now in the world of 2013, we have a magical site called Amazon.com in which you can subscribe to a service that will deliver the incredible cereal to your door on the cheap year ’round.

I know at first it might seem like a cheap ploy to re-brand cereal that we can enjoy year ’round, but I promise that if you decide to give the magic that is Count Chocula a try next time you dine in Phelps, you won’t be disappointed. You better hurry, though! October is almost over, and unless you’re as addicted as I am, you won’t be able to get it any longer.