The Hope College Knickerbocker Theatre in downtown Holland will continue to bring independent and international films to the West Michigan community through its 2019 Spring Film Series opening on Monday, May 13. 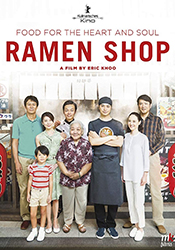 “Ramen Shop,” showing Monday-Saturday, May 13-18, is a Singaporean-Japanese drama that tells the story of Masato, a ramen chef who lives in the city of Takasaki in Japan. After the sudden death of his distant father and the finding of a notebook that belonged to his mother, who died when he was 10, Masato decides to travel to Singapore to piece together the story of his life and the past of his family. The Hollywood Reporter has described “Ramen Shop” as “mouth-watering.” The film is not rated and is in Japanese, English and Mandarin with English subtitles. Watch the trailer.

The series will continue with the Iranian drama “3 Faces” on Tuesday-Saturday, May 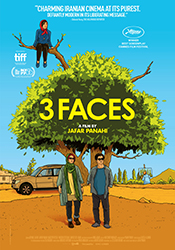 28-June 1. After she comes across a young girl’s video plea for help after her family prevents her from taking up her studies at the Tehran drama conservatory, actress Behnaz Jafari abandons her shoot and, with filmmaker Jafar Panahi, decides to help the girl. The two friends travel to the rural Northwest, where they have amusing encounters with the charming and generous people of the girl’s mountain village, but Behnaz and Jafar also discover that old traditions die hard. “An immersive, pleasurably intelligent movie,” said The New York Times. The film is not rated and is in Persian, Azerbaijani and Turkish with English subtitles. Watch the trailer. 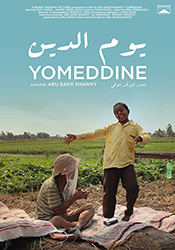 “Yomeddine” will be showing on Monday-Saturday, June 3-8. The Egyptian comedy-adventure film follows Beshay, a leper who recently lost his wife, and an orphaned boy, Obama, as they leave their leper colony for the first time. The two embark on a journey across Egypt, in search of what remains of their families.  Variety Magazine has called “Yomeddine” a “lovingly-made, character-driven road movie.” The film is not rated and is in Arabic with English subtitles. Watch the trailer.

Ending the Spring Film Series, “All is True” will be showing on Monday-Saturday, 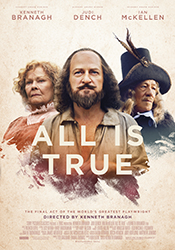 June 10-15. The film takes place in 1613 and imagines the later life of William Shakespeare. After his renowned Globe Theatre burns to the ground, Shakespeare returns to Stratford, where he must face a troubled past and a neglected family. Haunted by the death of his only son, Hamnet, he struggles to mend the broken relationship with his wife and daughters. The film stars Kenneth Branagh, Judith Dench and Ian McKellen. The Guardian has called “All is True” a “convincing and elegant imagining of Shakespeare’s final years.” The film is rated PG-13. Watch the trailer.

Tickets for the individual films are $7 for regular admission and $6 for senior citizens, Hope College faculty and children. Tickets will be sold at the door.