The start of a new year brings along exciting things — resolutions to conquer, a fresh start with a new semester, awesome sales at your favorite stores — but (in our biased opinion), the best thing to come out of 2019 yet is our Winter Film Series, opening at the Knickerbocker Theatre on Monday, Jan. 14. 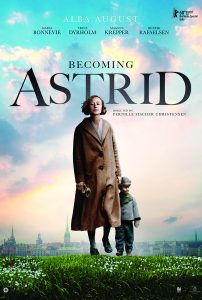 Swedish author Astrid Lindren (Alba August), the author of over 100 children’s books, including the Pipi Longstocking series. Teenage Astrid breaks free of the confines of her conservative upbringing in rural Sweden, accepting an internship at a local newspaper, and later becoming pregnant after attracting the attention of the newspaper’s editor, Blomberg (Henrik Rafaelsen). Astrid leaves her childhood home and goes to Copehagen to secretly give birth to a son, Lasse, whom she reluctantly leaves in the care of a foster mother, Marie (Trine Dryholm) as she goes into self-imposed exile in Stockholm. When Marie mother falls ill, Astrid uses her imagination and flair for storytelling to reconnect with her son, establishing a newfound courage that will later form the foundation of her work. This film is in Swedish with English subtitles and is not rated. It has a running time of two hours and three minutes.

Showing on Monday-Saturday, Jan. 28 – Feb.2, Far From the Tree follows families through the eyes of parents journeying towards acceptance of their one-of-a-kind 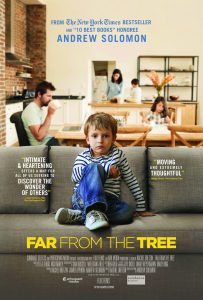 kids that society has deemed “abnormal.” The documentary is based on Andrew Solomon’s New York Times best-selling book Far From the Tree: Parents, Children and the Search for Identity and offers a look at how families are meeting extraordinary challenges through love, empathy and understanding. The Huffington Post said, “the film shines a bright light not just on these different families: it also portrays a more universal vision offers a map for all of us seeking to discover the wonder of others.” The film is not rated and has a running time of one hour and 33 minutes.

The series will feature Day of the Western Sunrise , a documentary produced by Zeeland-native Keith Reimink, on Monday-Saturday, Mar. 11-16. The film follows 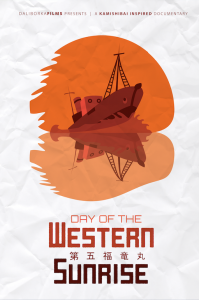 three survivors from a Japanese tuna trawler Daigo Fukuryu Mary, or the Lucky Dragon No. 5, who were fishing off the coast of the Marshall Islands on March 1, 1954, when the US detonated Castle Bravo, the first in a series of hydrogen weapon tests. The film adapted a Japanese storytelling method known as “kamishibai,” which means “paper drama,” to intimately retell the fishermen’s story, and the devastation still felt in Japan almost 65 years later. Paying homage to this Japanese art form, all the film’s scenes consist of individual drawings with paper texture being animated in a 3-D environment. The film is in Japanese with English subtitles and is not rated. 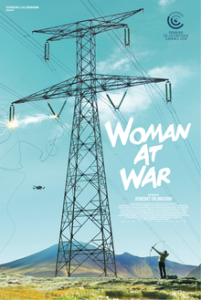 The Icelandic comedy-drama Woman at War will close out the series on Monday-Saturday, Apr. 1-6. The film tells the story of Halla (Halldóra Geirharðsdóttir), an independent woman in her late 40s, who declares a one-woman-war on the local aluminum industry to stop its operations in the Icelandic highlands. In the midst of her dangerous and bold activism, a long-forgotten application to adopt a child from Ukraine is approved, and she learns there is a little girl waiting for her. As Halla prepares to fulfill her dream of becoming a mother, she comes up with one last plan to support her cause. The film is in Icelandic, English, Spanish, and Norwegian with English subtitles. It is not rated and has a running time of one hour and 41 minutes.

Tickets for the individual films are $7 for regular admission and $6 for senior citizens, Hope College faculty and children. Tickets will be sold at the door but are also available in advance at the Events and Conferences Office located downtown in the Anderson-Werkman Financial Center (100 E. Eighth St.). The office is open weekdays from 9 a.m. to 5 p.m. and can be called at (616) 395-7890.