Hope College Theatre alumni Emily Svendson (‘15) has been backstage on Broadway as a wardrober for WAR PAINT.

Starring Patti LuPone and Christine Ebersole, WAR PAINT is a new musical about the women who dominated the beauty industry, Helena Rubinstein and Elizabeth Arden. With fierce competition, the two women sacrificed everything to become two of the country’s first major female entrepreneurs.

Svendson has been working with the production for the past year and a half, starting with the early stages in Chicago. 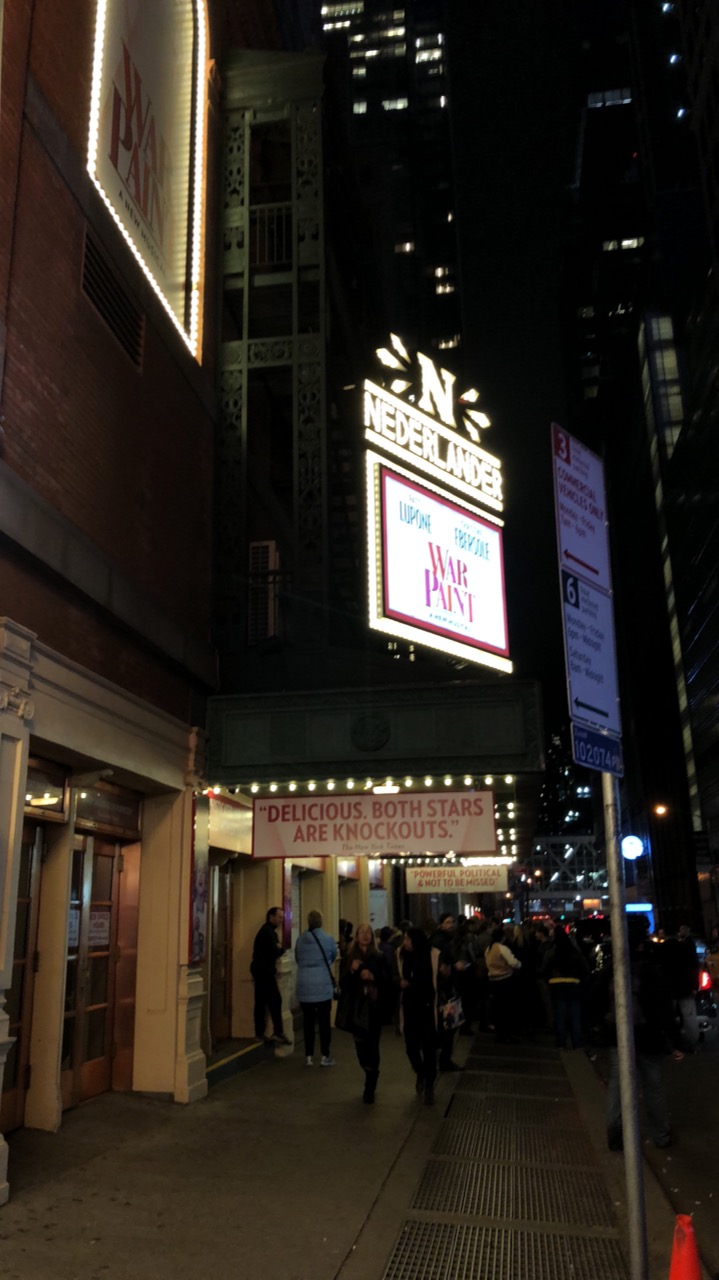 “WAR PAINT has been the most difficult and most rewarding journey I have been on. This show has been a huge part of my life for the last year and a half. I worked on the out of town last summer at the Goodman Theatre and even then in its early stages, it was a huge, challenging show. Once we started in New York, I knew most of the company from the summer but there were a million of new challenges and problems to face. From learning Union Rules, adjusting to little bitty living spaces, and many others, I have learned so so much about myself as a dresser, an artist, and as a human. It’s been the most surreal experience. If you told thirteen year old Emily (who sat in her room and cried to I Dreamed a Dream almost every day) that she would do a quick change with Patti LuPone, she would have thrown cheese in your face,” Svendson said. 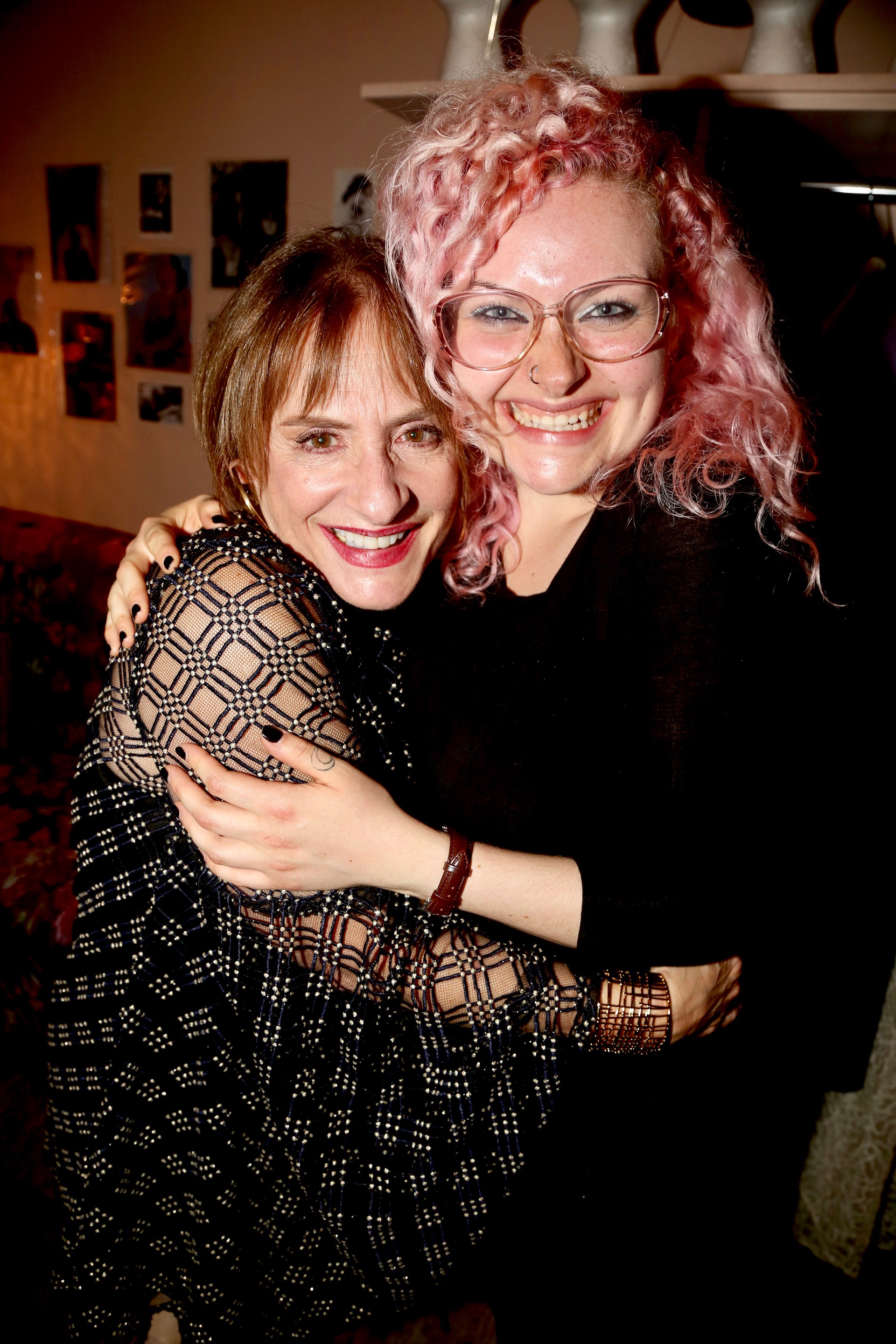 As a wardrober, it is Svendson’s job to maintain costume quality during every performance. She assists with quick changes, attends to costume mishaps and makes sure that everything is ready to go. Some off-stage changes can be as quick as 30 seconds!

During performance, Svendson and her crew would start little backstage rituals to keep the buzz of backstage bustling – whether it be high fives to the beat of the music or spending time with Ms. LuPone when she was around. 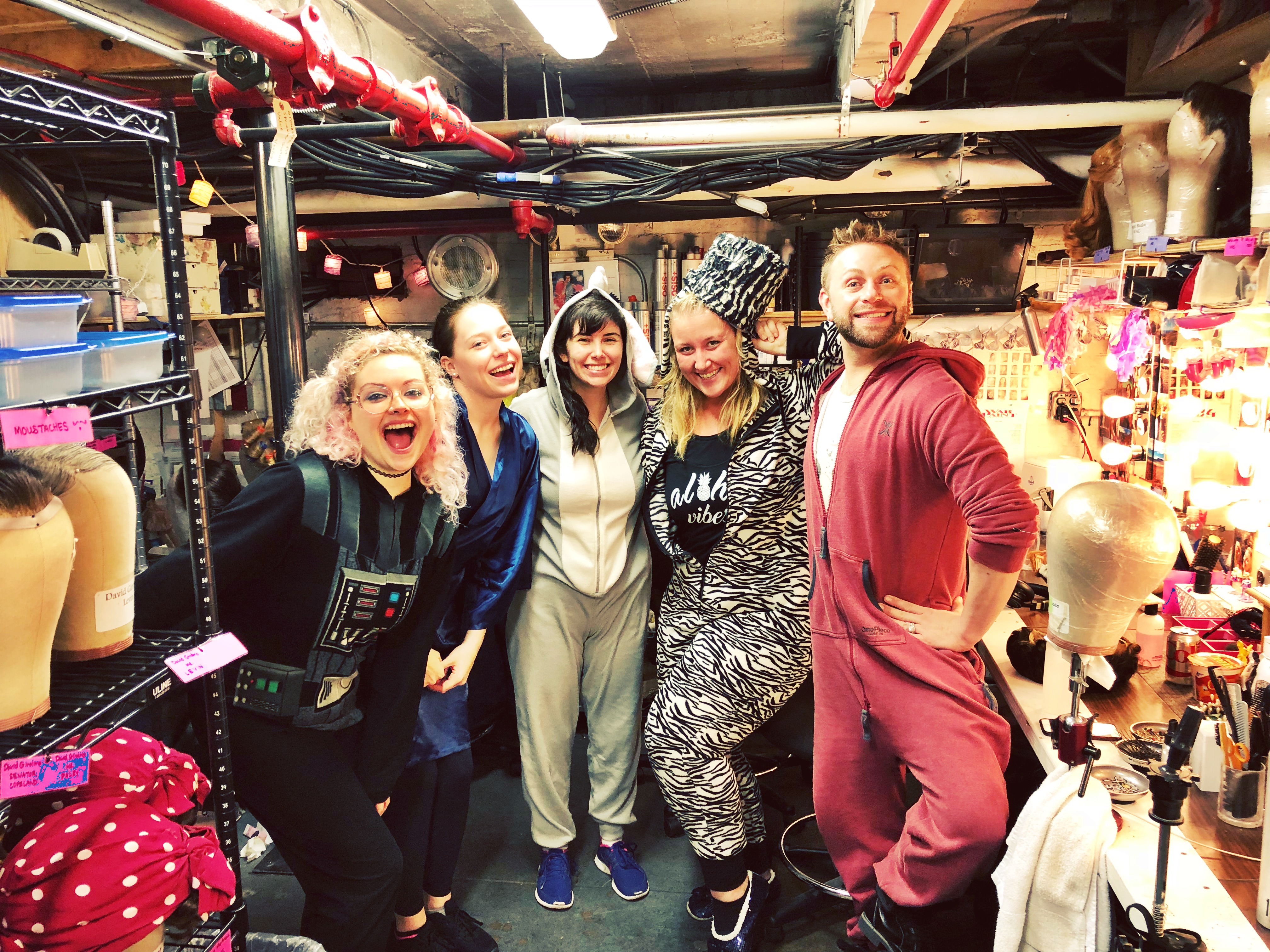 “We were fortunate to know that it was coming (sometimes you don’t get much notice) but it’s still en ending of a huge chapter. During the week, we spent our down time getting ready for load out: cleaning out dressing rooms, sending every costume to dry cleaning, organize accessories. Our closing performance was one that was really special. The energy from the audience was positive and full of love, which made everything that we were doing worth it. Change is always hard but it brings bright new beginnings,” Svendson said.

Now that the production has closed, Svendson hopes to trust the process and continue to find  more work.

“That’s the best and worst part about Broadway; nothing is ever certain. It’s terrifying that you could spend years on a show only for it to last a few months. But that’s how this business goes. You just dust yourself off and keep going.”