What happens to our students after college? In this series we will look at Hope College alumni taking on the real world in no other city than Los Angeles.

To begin our series we will start with Hope alum, Chad Coe, a 2004 graduate with big dreams. We are so proud to see his dreams becoming a reality.

Chad Coe made his Victory Theatre debut this fall in the World Premiere Parody based of Hedda Gabler – Resolving Hedda.  He is just coming off the Ovation nominated West Coast Premiere of The Lyons at The Road Theatre. Chad was also in the original cast of The Rose and the Rime at The Kennedy Center. His Los Angeles theatre credits include: Dracula Directed by Ken Sawyer, World Premieres of The Red Room Directed James Mellon and The Light Bulb w/ Stephanie Powers. He can be seen on TV recurring on Colony(USA Network) and Matador (EL Rey Network) 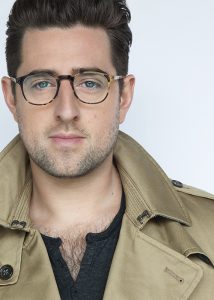 Born in Detroit, Michigan, Coe was originally recruited to Hope by the basketball team. However, the summer before freshman year Coe became ill and was not able to join the team in the fall. During this time, Coe was inspired by his brother, a student at NYU, who was shooting a feature film. Excited about a new passion, Coe quickly joined Hope’s theatre program in hopes of chasing a similar dream to his brother’s.

“It was kind of a serendipitous moment for me,” Coe explains.

He acted in plays in elementary and high school but when he took his first acting class with Professor Jean Bahle, Coe knew theatre was the right fit.

Though Coe actually graduated with a communication degree from Hope, he was a huge part of the theatre program. From his favorite role in Hope’s devised piece, The Rose and the Rime, where he and the cast performed in Washington D.C. on the Kennedy Center stage for Kennedy Center American College Theater Festival. Coe threw himself into theatre productions and took every acting class the department had to offer. Coe is thankful for the technique he learned at Hope that served as a foundation for taking his craft out into the working world.

In the midst of his TV and theatre career in L.A., Coe began to lose the “why” in acting career. What was he doing all this for anyway? Last spring, Coe was cast in the Nicky Silver play, The Lyons. The play is a dark comedy about family relationships. The production was in an intimate venue in the city and ran for a 5 months- A long run in the city of L.A. 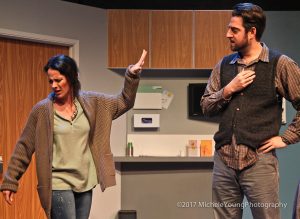 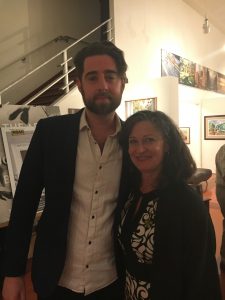 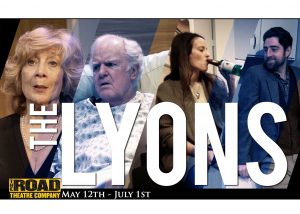 What draws Coe to L.A. is the creativity surrounding him. Need a drummer? Ask the neighbor. Need a graphic designer? Ask the barista. Creativity is wheeling in and out of every conversation and the collaborative opportunities are never ending.

“What is it inherently inside of you that’s bringing you here? If you work and work and work, you get better but you have to really strip down and reveal who you are.”

To follow Chad Coe and his career in L.A as he continues his work check out his website! www.chadmcoe.com

We are proud of our Hope alums and the contribution they are making to the theatre scene in Los Angeles.