This past week, I had the opportunity to sit down with one of my good friends, Ady Burmester. She’s working on a pretty cool project in a political science course right now and spent this past fall semester in Russia, so I thought she would be the perfect candidate to share some insight into the life of a Hope student. Enjoy!

1. What project are you working on? 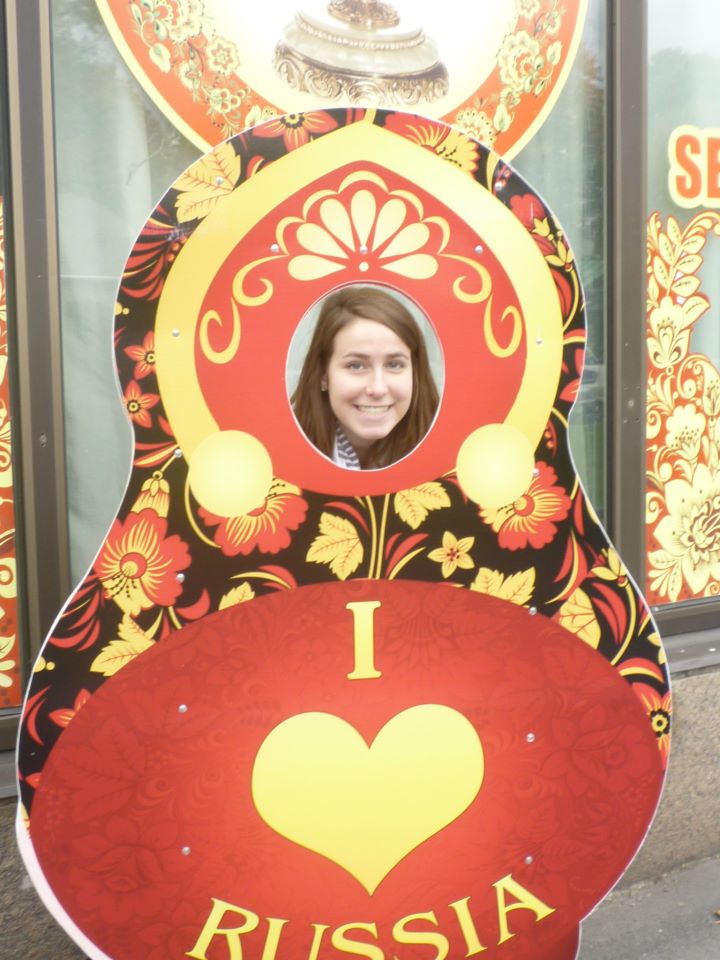 Our professor calls it Operation Justice Homecoming.
It’s a project to bring a man named Mikhail Sebastian back into the United States. He
fled from Armenia to the United States when fighting broke out to detach from the USSR. His passport became invalid when the USSR disbanded, so he got a work visa
in US. He lived and worked here for 16 years. He travelled to Western Samoa, not
knowing it was a different country separate from the US. When he
wanted to come back, customs told him he couldn’t come back and that he had self-deported himself. He’s been stranded there for two years. He’s tried talking
to the US and Europe. He has a lawyer in Indiana, and we’ve paired up with him to try
and bring him home. (Author’s note: As of recently, Michael has been given 30 days to gather his legal papers; if done successfully, he can return to the United States and get a work visa for one year while attempting to gain citizenship. Yay!)

2. Why do you think this is important?

It’s the question our whole class has been asking.
It’s hard to give defined facts for that answer. Mikhail’s worked here for 16 years and given more to taxes than I have. He’s a human being. He’s so hopeless, and that’s
heartbreaking. Imagine if it was you: stuck on an island, no where to call
home, and the place you thought was home won’t let you go back. A lot of it has to do with
showing care and love for another human being. I think it’s important as a Christian student to respond and show
love to people.

3. How do you think Operation Justice Homecoming fits into Hope’s Mission Statement?

I see this as showing Christian love and being global
citizens and leaders. We are interacting with a man who grew up in Armenia and dealing with West Samoan government. This is helping us all to be leaders. We are learning from a real-life problem and trying to do
something about it. We’re educating
ourselves on US foreign policy and how to get stuff done in a big government.
We’re working on communication through twitter, social media, and working with
other schools. Operation Justice Homecoming incorporates a lot of different things into one class.

4. Changing subjects, I know you were in Russia for study abroad last
semester. What was your experience like?

The thing I enjoyed most was joining an
international church. We went to a Russian church and it was the coolest thing for
me to go there every week. I don’t speak Russian
well and they didn’t speak English, but we had a connection through our belief in Jesus. The congregation really took us in. People came up to me and gave
me hugs and they didn’t even know me! I feel like that was a church where I
could feel like the Spirit was alive. It was cool, especially since Russia isn’t known
for being a Christian place. Making those connections acorss the world was
a learning experience for me.

6. Some might say that study abroad is not
necessary for a fulfilled college experience. What would you say to those
people?

You’re dead wrong. Some students say they would go, but don’t
want to miss anything that goes on. That hurts me to hear! I wish it was
required for every student. When you go abroad, you understand people better.
We’re all the same. We all laugh, cry, and joke. You learn to love diversity it makes you conscience of differences between people. It helps you develeop a lot as a person, because you are in an
environment you’re not comfortable in 100% of the time. Another most important thing you realize is how big of a problem Americans have being Americentric. Russians knew more about America than I
did. It’s really embarrassing how little we know about the world. We don’t take the time
to learn about those things. Learning that there is more to the world than
America changes your perspective of the world. It’s important for the upcoming
generation to have as we step into leadership positions. Everyone should study
abroad!

7. That being said, was there anything you missed doing or seeing on campus?

I missed seeing Nykerk and my friends. It was
really hard coming back and all my friends were like, “remember that time…”, and
I was like, no I don’t! I missed a lot of fun times, but my time there was
invaluable. I have no regrets about going there. I haven’t talked to anyone who
has gone abroad that would have rather been here. It becomes a defining feature
of who you are. It was hard to not be at Hope. It’s so loving. At the same time,
the world is so much bigger than Hope. It enriches the campus when you go
abroad and bring your views back.

There you have it! I hope you learned a little bit more about what life can be like as a Hope student, inside and outside of the classroom. Happy Weekend!