This past Wednesday, I had the awesome opportunity to attend a concert by Unknown Mortal Orchestra, Foxygen, and Wampire! 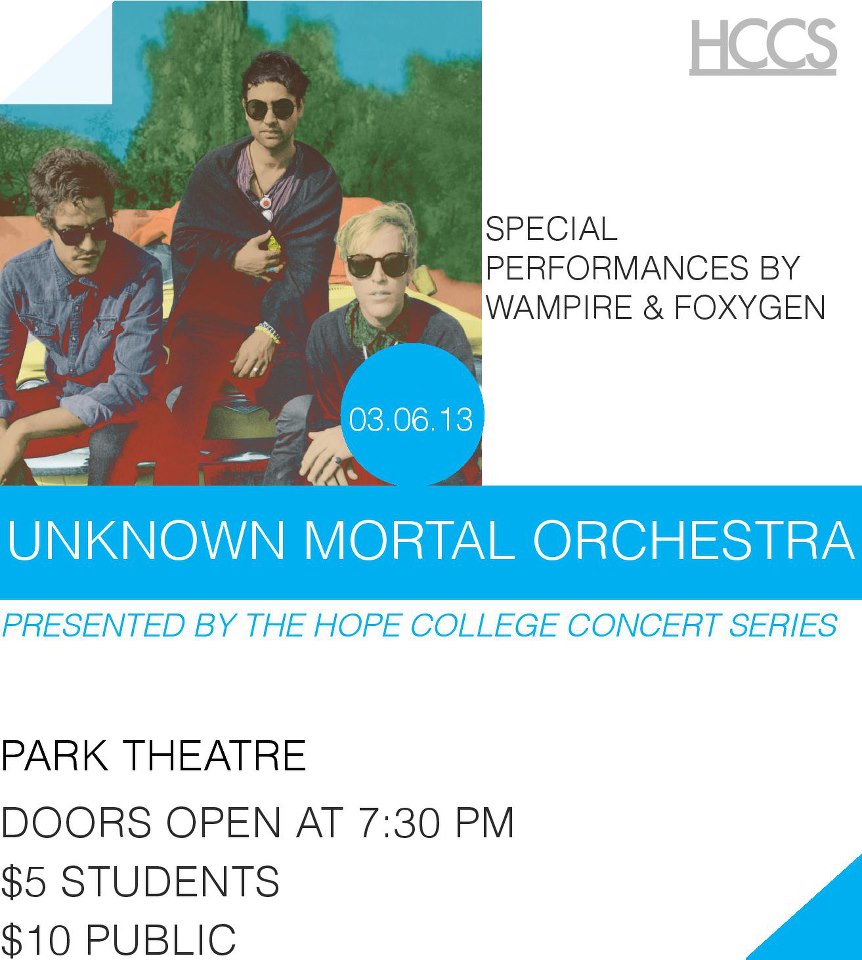 Concerts throughout the year are put on by the Hope College Concert Series, a group on campus that finds and books performers. Because Hope is a small school, the performers tend to be somewhat obscure. However, once in a while performers who are fairly well known will be brought to campus. The most notable recent ones are Mat Kearney, Robert Glasper, and Ra Ra Riot. Just because most the performers aren’t well known doesn’t mean that they are not talented! Wampire, Foxygen, Unknown Mortal Orchestra, and every other performer that has come to Hope are very skilled at their craft! 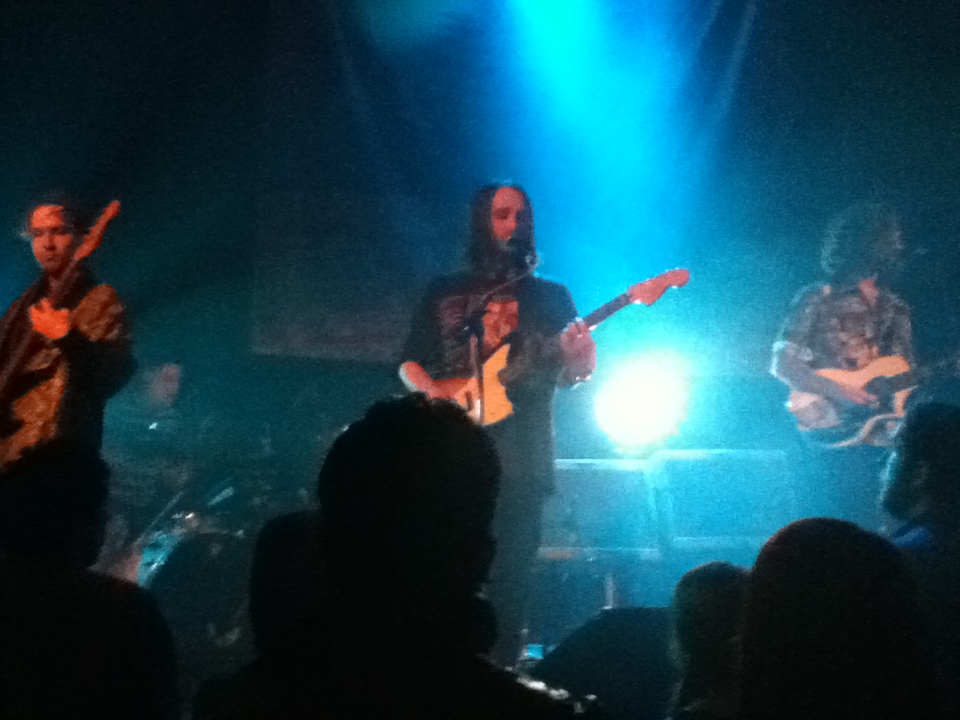 The concert I went to this past Wednesday was my first Concert Series concert and it did not disappoint! I couldn’t stay for the whole concert, so I only saw Wampire and part of Foxygen’s set, but I heard Unknown Mortal Orchestra did a great job.

My first impression of Wampire was that they really love what they do. Some people might say that of all musicians, but for Wampire, it really showed. Their music was rock ‘n’ roll with a little bit of a west coast beachy and psychedelic sound; I would compare them to Delta Spirit or Best Coast. My favorite songs from their set were “The Hearst” and “Trains”, both of which are from their album Curiosity that will come out in May. They brought a fun, energetic vibe to the Park Theater and got everyone excited to the rest of the show! 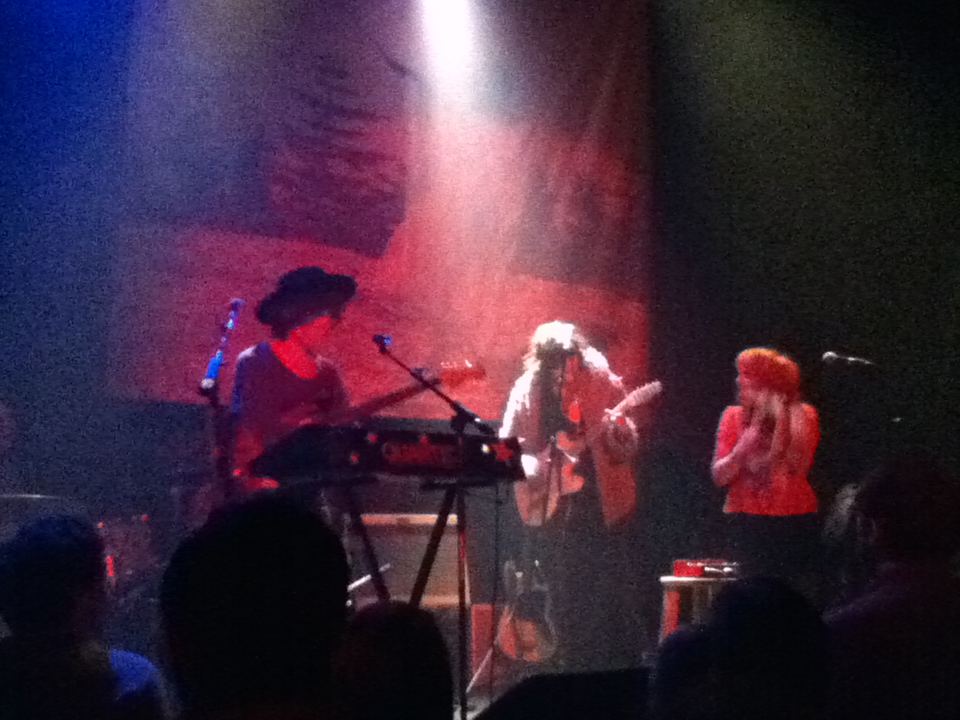 Before finding out about the show, I had heard of Foxygen, so I had pretty high expectations. I can say happily that they did not disappoint! They started with the same kind of energy that Wampire had and brought more. Their music was also rock ‘n’ roll with some psychedelic influences. The lead singer was eccentric both in his actions and clothing choice (he wore a big furry coat that you can kind of see in the picture), but that only made their set more enjoyable. I really wish I could have stayed longer because I was really liking their set!

Do you go to concerts often? Who was the last performer you saw? Comment or tweet me!