This past weekend two of my best friends came to visit me! I hadn’t seen them since February, so it was great to spend some times with them.

I met Laura and Tanmayee in middle school orchestra, but we didn’t become good friends until high school. Laura and I both played the cello, so in seventh and eighth grade we sat in the same section about two feet away, but we never spoke because I only talked to one of my good friends at the time (Laura never lets me forget that). Tanmayee was a violinist, so I didn’t get a chance to talk to her very often. During sophomore and junior year in high school, we somehow got to talking more and became good friends, and the rest, as they say, is history. 🙂 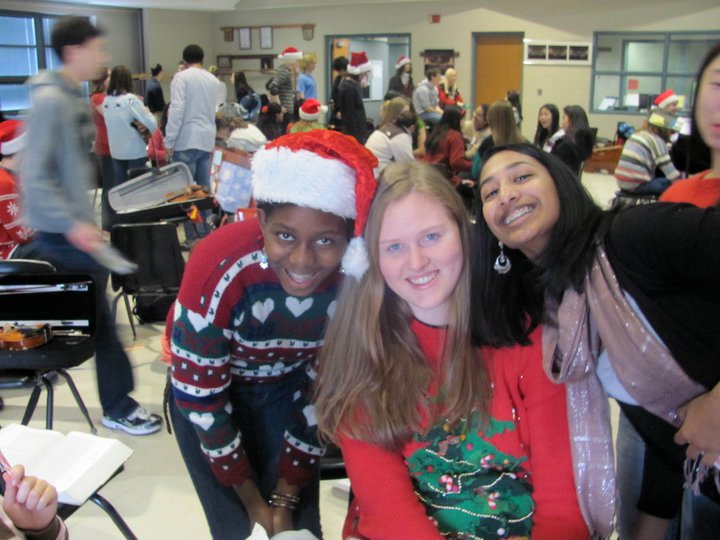 Despite the fact that we now go to separate schools (they both go to the University of Michigan), and I moved to Iowa and Tanmayee moved to California, we have managed to stay close. It just goes to show that friendships don’t die when high school ends.

Now, about the weekend. We had been planning this since August, so I was super pumped they were coming! They arrived in Holland at around 8 PM on Friday. We started our night soon after by going to the annual multicultural student dance, the Ice Breaker. We got there a little early, so I introduced them to a bunch of my friends that were there. It turns out that they know some of my friend’s friends that go to U of M. How cool is that?! 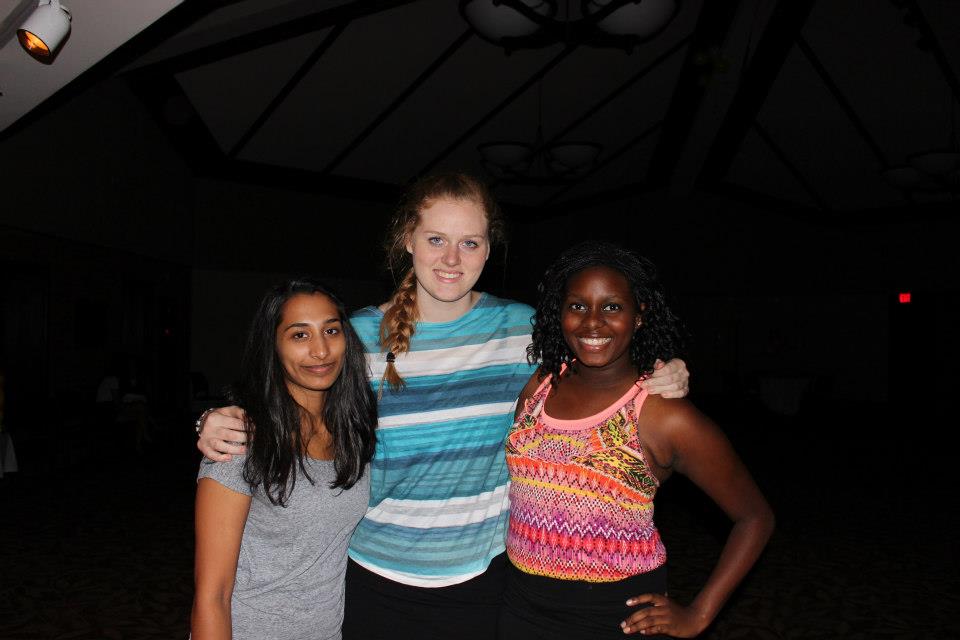 The sorority I am in, Kappa Beta Phi, had planned an activity night with the Alpha Kappa Pi fraternity, so I took Laura and Tanmayee there next. It was kind of awkward, because the theme was a pajama party and we came straight from the Ice Breaker, so we were really dressed up, but we just laughed it off and had a good time. We danced around a little bit, but mostly we just sat and talked. I’m glad they got to meet some of my sorority sisters because they have become a great part of my life!

Next came the favorite part of the evening: going to Good Times! For those of you that don’t know, Good Times is a doughnut shop right next to campus that is loved by just about everyone. Since the first time I went to Good Times, I had been telling Laura and Tanmayee about it, so they were really excited to go. The doughnuts were fresh out of the oven, so they were amazing! 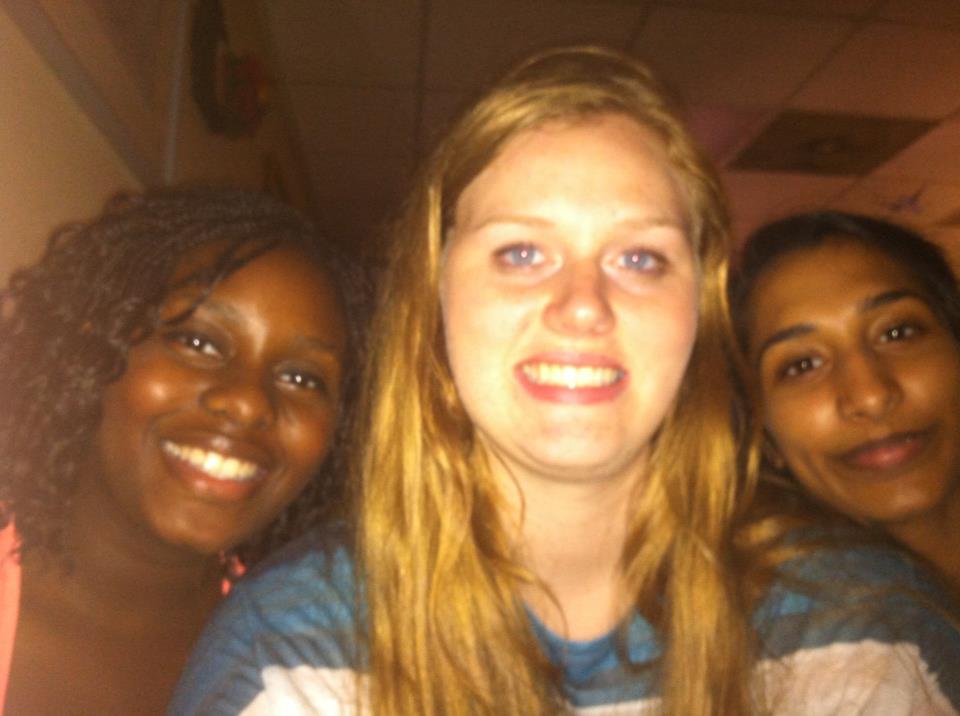 After Good Times, we went back to my dorm, Voorhees, and went straight to bed. We must have been really tired because slept for nine hours and woke up at 11:45 AM! We ate a quick brunch at Phelps, and then headed downtown. We didn’t have much time, so we only went to the Holland Peanut Store and Karla’s Place, my two favorite stores downtown. Tanmayee and Laura had to leave right after that because Tanmayee had to study for a big test this week. Even though we didn’t have much time together, I am grateful that I got to see them. It won’t be too long before I see them again; I’ll be with them during our fall break. I’m already looking forward to it!