Last year I thought it would be so cool to only have one class from 12:00 – 12:50 on Fridays. I could sleep in, go to class, and be done for the day in less than an hour. I didn’t realize until last Friday that I probably should have just scheduled more classes on Friday, but having to stay for my one Friday class was a total bummer. Luckily it didn’t take too long though, and by 2:00, I was on my way home.

I only live three hours from Hope, so I made it home at around five o’clock. I unpacked, said hi to my parents and my dog Owen, and then I was off to my best friend George’s house. This was a very special Friday because it marked the release of a new Pokemon game. George and I had our copies pre-ordered well before school even started in anticipation of the release of one of the most addictive and fulfilling games out there. It also just-so-happened that the store where we pre-ordered our games was having a midnight launch event. We piled into my car at around 11:00 and we were on our way to get our games. 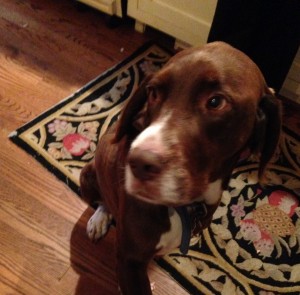 After we got our games, we went back to George’s house to rip off the plastic and get playing. What felt like 20 minutes actually ended up being a few hours, so I got home pretty late that night. Staying up late to play video games with my best friend really brought me back to the high school days where we’d all end up at someone’s house after school gaming until we saw the sun.

I did some productive things like catching up with other friends, playing my drums a bit, reading Carrie in anticipation of the new movie, and helping my mother clean our garage. I’m not going to lie though, basically every other moment that I was awake was spent on my 3DS training my shiny new Charizard. 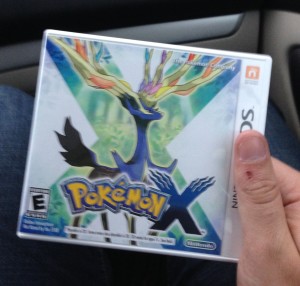 Now that I’m back at school, my 3DS is feeling decidedly neglected, but that’s okay. Fall Break was a great weekend for me to just get back into being a kid again, and that was something I sorely needed. A lot of kids think it’s weird that we don’t get Labor Day off at Hope. In all honesty though, I’d much rather have the short breaks that we get each fall and winter than an extra day off at the beginning.