I think Hope has seen it all this week.

Rain, sun, snow, and a little bit of hail. We went through the different yearly weather patterns in the span of seven days. How weird is that?!

The week started out at a mild but bearable temperature of 46 degrees. Tuesday was a totally different story. All of the random patches of snow that weren’t completely melted by the 46 degree weather were melted by the incredible 61 degree weather. Yes, you read that right. 61 degrees. It was a record high for Holland, beating the previous high temperature of 48 degrees set in 1968. If you would have seen campus, you would have thought we were in the middle of spring. It was so nice to walk outside in flats without feeling like I was going to get hypothermia. As amazing as it was, the warm weather left numerous large puddles on campus, which partially ruined the flats mentioned above. Another downside was that all of the little sculptures around campus melted. There were some pretty good ones, including a turtle! 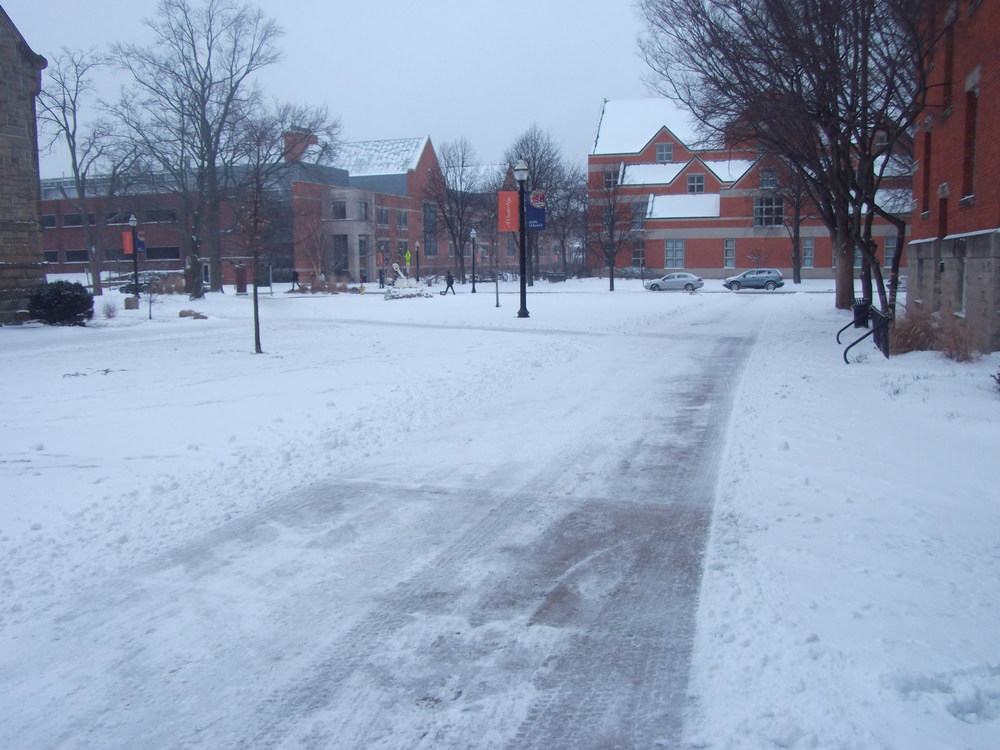 Mother Nature must have realized that something was wrong with that situation, because the temperature dropped on Wednesday, though not by very much. The puddles remained puddles until Wednesday night, when we were rudely reminded that we are still in the middle of winter. By Thursday morning, the roads were glazed with ice and we were back to shuffling around campus in our multiple layers. And it’s likely to stay this way for the next week.

The warmth was nice while it lasted. Snow, welcome back.