As you may or may not have known, this past Monday our country celebrated and honored one pretty important man…

Signed into law by former President Ronald Reagan in 1983, Martin Luther King Jr. Day is celebrated on the third Monday of each January. In conjunction with the day, Hope has set aside a week to honor all those who have worked for social justice in all aspects in the United States.

The body is a unit, though it is made up of many parts; and though all its parts are many, they form one body. So it is with Christ. For we were all baptized by one Spirit into one body-whether Jews or Greeks, slave or free-and we were all given one Spirit to drink. — 1 Corinthians 12:12-13

Civil Rights Week kicked off with guest speaker in Chapel, Dr. Rik Stevenson Jr., a Senior Pastor at City of Hope Ministries in Grand Rapids. Speaking from 1 Corinthians 12, Dr. Stevenson gave an enthusiastic message about how each of us, through Christ, plays a different role in the body of Christ. He made a point of emphasizing that God likes variety; there are 7 billion people in the world alive today and 108 billion that have ever lived, and no one is exactly like you! As a Christian, I believe that God is calling us to be one body because of our differences, not in spite of them.

Immediately following Chapel, the Multicultural Education office and clubs (including the Black Student Union) organized a silent march around campus. Staff from Campus Ministries and the Office of Multicultural Education joined several students, including me, as we marched. It was a great experience, but we were practically walking in a blizzard! After the walk, we warmed up with hot cocoa and Dr. Stevenson continued his message from Chapel. It was a great start to the week!

The annual Dr. Martin Luther King Jr. luncheon was held featuring keynote speaker Dr. John Lee from Michigan State University. His address was called “What Is The Dream All About” and analyzed Dr. King’s dream for the future, specifically how it relates to the topics of culture, character, and race. Because of class, I wasn’t able to attend, but I heard it amazing! 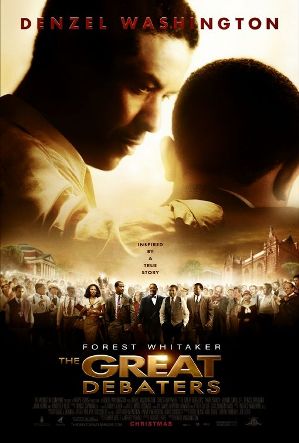 Each weekend, the Student Activities Committee (or SAC) puts on movies for the student body and general public to enjoy. This week, the movie is The Great Debaters. Based on a true story, the movie follows the debate team from Wiley College, a historically black in Texas, as they compete against white colleges and racist critics alike in the 1930s. I saw this movie a few years ago and absolutely loved it, so I plan on seeing it again sometime this weekend!

I’m so glad that Hope realizes the value of celebrating individuals who have worked to further the advancement of people in society. I can’t wait for next year!