This past Tuesday and Wednesday have been very busy here at Hope, and it’s all because of the Critical Issues Symposium! The annual event focuses on one topic and brings in experts from all around the country as well as some from Hope to host lectures Tuesday night and all day Wednesday. This means that, yes, classes are cancelled for that day!

This year’s topic was reconciliation, which is really relevant, because who doesn’t need to reconcile something in their lives? The symposium kicked off Tuesday night in Dimnent Memorial Chapel with jazz music provided by musician Gillian Grannum and the Hope jazz faculty. What was especially cool about Gillian’s music is that her music is inspired by the topic of reconciliation. It was so neat to see how she crafted pieces based on that one topic alone. After the music came the lecture portion of the evening. Dr. Miroslav Volf spoke about identity and justice in relation to reconciliation, asking and answering questions like “who am I” and “how do I live in a space with people different than me”? I thought the lecture was great, and everyone I talked to agreed! 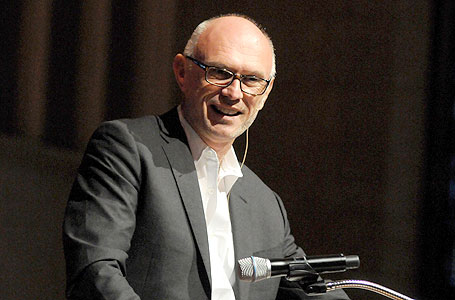 I wasn’t able to go to any of the morning focus sessions, so my first lecture on Wednesday was Dr. Daniel Philpott’s at 1 PM. The topic of this session was reconciliation in politics, which was perfect for me since I’m a political science major. Most of Dr. Philpott’s lecture was centered around the conflict in northern Uganda involving Joseph Kony’s use of child soldiers. He told the story of a woman whose daughter was abducted by Kony, and how she eventually came to forgive the man who took her daughter. She even went as far as to urge others who had children taken from them to forgive Kony and his army. To me, that is the ultimate act of reconciliation. To forgive someone who does something so horrific to you takes so much strength and courage. This makes anything anyone has ever done to me seem pale in comparison and gives me motivation to always forgive.

The final session I attended was Muslim-Christian Dialogue at 2:15 PM, and that was presented by Rev. Douglas Leonard. I was really interested to go to this because the CIS topic last year was Islam and I have been doing my best to educate myself more about the religion since then. I’m glad I went because I learned so much. Did you know one half of the world’s population is made up of Christians and Muslims? That’s why it is so important that we are able to dialogue with each other in a respectful manner. Dr. Leonard talked about this, as well as the fact that Islam is misunderstood by a lot of people in the United States. The media can sometimes make Islam out to be a religion that attracts violent people, when in fact only 3/100 of 1 percent of Muslims may be linked to terrorism. Yup, that’s it. Can you imagine being judged on your religion because of what a very small minority did? Dr. Leonard also said that riots and revolts in the Middle East have more to do with political unrest and economic troubles than Islam. I think we as a nation can do so much more to learn about Islam. Like I said earlier, it’s necessary if we’re all going to get along! 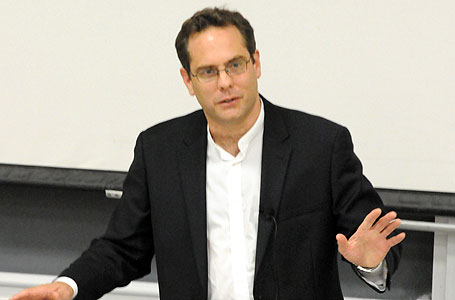 The worst part about CIS is that you can’t go to every session, because several occur at the same time. I wish I could have gone to many more, but I was so happy with the ones I did go to. It was a great time of learning for the Hope community, and I feel so blessed to have been a part of it!