Two weeks ago, I went to Chicago with a couple of my friends. I have not been to Chicago before, so I did not know what to expect. I have visited cities like Los Angeles, Denver, New York, San Francisco, Boston and Minneapolis, so I was preparing myself for a “typical” American city. I was totally wrong. Chicago has its own culture, uniqueness, and style, compared to rest of the big cities in the United States.

I will not speak about what we did, and where we went because I think that would be boring. It is too narrative from my point of view. I will use more creative way of describing Chicago by picking three symbols, which represent Chicago´s culture, uniqueness, and style the best.

Because Millennium Park represents the diversity and different cultures in Chicago. The diversity of different art pieces and architecture styles in Millennium Park greatly illustrate Chicago´s diversity and different cultures. In Chicago, there are communities from all over the world. The Spanish community is the biggest one, but Eastern Europeans, Middle Eastern, and people from Asia have relatively big communities as well. The significant difference between Chicago and other big american cities is that in Chicago the different nations are living the life like they would be in their respective home countries. They are not just people who moved to the United States and they are losing their natural cultural values. They are not “Americanized.” 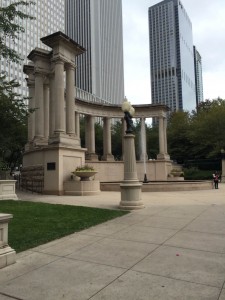 Trump Tower symbolizes Chicago’s power as a town. Chicago is a hometown of Blackhawks (hockey), Cubs (baseball), White Sox (baseball), Bears (American football) and Bulls (basketball). Some teams are doing better than others, like the Blackhawks who won the Stanley Cup last year and who are predicted to be one of the top teams in NHL this year as well. The White Sox are not as good in their league compared to the Blackhawks, but the point is the support and power of people that create Chicago. People are extremely proud of their teams and the city. In the addition of the sport teams, Chicago has a huge economic power as well. O’Hare is one of the busiest airports in the World. Also, worldly know companies like State Farm, Boeing, United Airlines and another 35 gigantic firms have headquarters in Chicago, which proves the humongous Chicago’s economic power. 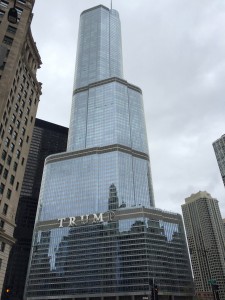 At Navy Pier people get to understand Chicago’s nickname: The Windy City. Even the skyscrapers do not stop the strong wind that is coming from Lake Michigan, so there is no surprise of this simple, but exact nickname. 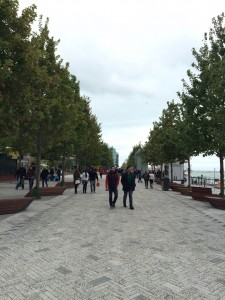 With that being said, Chicago is a city that I would love to live in and I would encourage everyone to visit it! This city is worth your time. 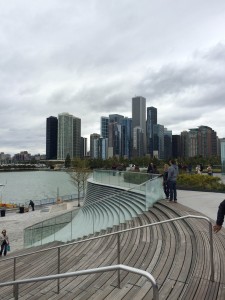