“Live less out of habit and more out of intention.”

I’ve heard that phrase used a lot lately. It sounds nice: It’s a simple expression that tries to act to point out how life should “really be,” especially for Christians, all neatly packaged into ten words. We in the church talk a lot about being intentional; in fact, we tend to talk about it so much that the term has been labeled as “Christian-ese.” We say we’re just trying to be intentional about one thing or another, all too often falling short. Why is that? The word itself is intention. It’s a thing we mean to do. It’s a plan. It’s an aim. It’s a goal. None of those things are something we’re necessarily actually going to carry out to completion. It just sounds nice for us to be able to say that we’re being intentional about reading the Bible or connecting with people on deep levels or listening to God, but we so often don’t feel a need or a desire to actually do it. It’s just an intention. 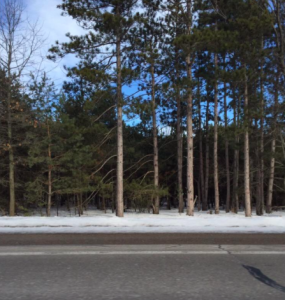 Habits are a vital part of our lives. Things would get pretty chaotic for all of us if we didn’t have any habits to work from. Obviously, not all of our habits are good, and I think it’s fair to say that each of us has a bad habit or two that we could stand to work on. But we also all have good habits. Do you brush your teeth every morning? Great habit. Some people (and I wish I could honestly include myself in this category) read their Bible every single day. Great habit. If you’re like me, maybe that one is an intention. Great intention. But how often do I actually follow through on that intention? Not nearly as much as I should. It’s only an intention: Something I want to do, something I aim to do, but not something that I will necessarily do.

Here’s what I think we should do. Quit making habits out to be the bad guy. We need those. Some are really good and healthy for us physically, spiritually, emotionally, and mentally. But intentions are important too. When we actually carry them out, they can help us move toward becoming the people we hope to be.

What if our intentions became our habits?

What would happen if our intention to dig deep into the Word of God on a daily basis became a habit?

What would happen if our intention to take people out to coffee who just needed someone to listen to them became a habit?

What would happen if our intention to lay down our selfish desires to truly follow Jesus became a habit?

What would happen if our intention to align ourselves with the world’s materially poorest people and to listen to their needs became a habit?

What would happen if we quit just intending to do things and we really made them habits?

I think most Christians would agree that there are many, many things in this world that are unjust, broken, and painful. I think we can also agree that one person creating a new set of positive habits won’t fix any of these things on its own. But I think that one person creating a new set of habits can make a huge change in their own life, and in the lives of others around them. Our own strength isn’t sufficient to fix everything (or most things, really), but we have the best Help there is on our side.

Thanks for reading! Keep up with me on Twitter (@hopekathryn17), Instagram (@kathrynekrieger), or email me at kathryn.krieger@hope.edu!

“Then Jesus said to his disciples, ‘If any of you wants to be my follower, you must turn from your selfish ways, take up your cross, and follow me. If you try to hang on to your life, you will lose it. But if you give up your life for my sake, you will save it.’”