The days until Christmas break are
certainly being counted down here at Hope! Despite all of the excitement, we
still have preparation for finals and everything before we’re free to leave.
Even beyond that, there are more things going on besides academics at Hope
during this time.

This past weekend, I volunteered
for a few hours at a place called The Rock, which is in downtown Holland. This
is the first time I’ve been there and I honestly did not even know it existed.
If you are unaware of what it is, it’s basically an after-school program for
at-risk children in which people volunteer to help them with homework, but also
play with them for a while before they go home for the day. My RA had organized
this volunteer day with someone else in another dorm to gather people up to go
make a structure called a Gaga Ball Pit for kids at The Rock. I had never heard
of this before, but it sounded like enough fun, so why not volunteer, right?
It’s for the kids! When I got there, I realized what this Gaga Ball Pit is. In
Layman’s terms, it’s an octagon structure that’s about three feet high and you
play dodge ball in it but you can only slap the ball and it has to hit the
person below the knee.  Despite
some confusion with actually building it, we all ended up playing it together
and it was a lot more fun than I anticipated. 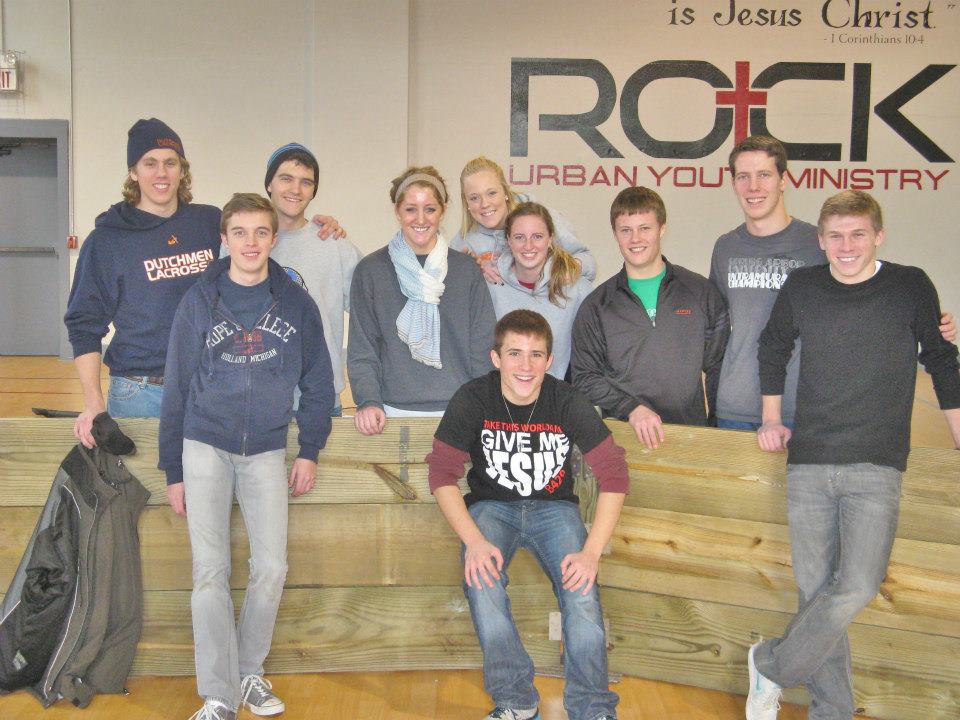 The same day, there was another big
thing going on: the Hope vs. Calvin hockey game. This is the one hockey game
that everybody attends because we host it at The Edge and gather as many
spectators to watch us play our rivals. Even though the turnout was great, Hope
ended up losing. This was a huge disappointment, but it was loads of fun
anyways because everybody was so engaged in the game and if you’re with
friends, it’s even more fun! 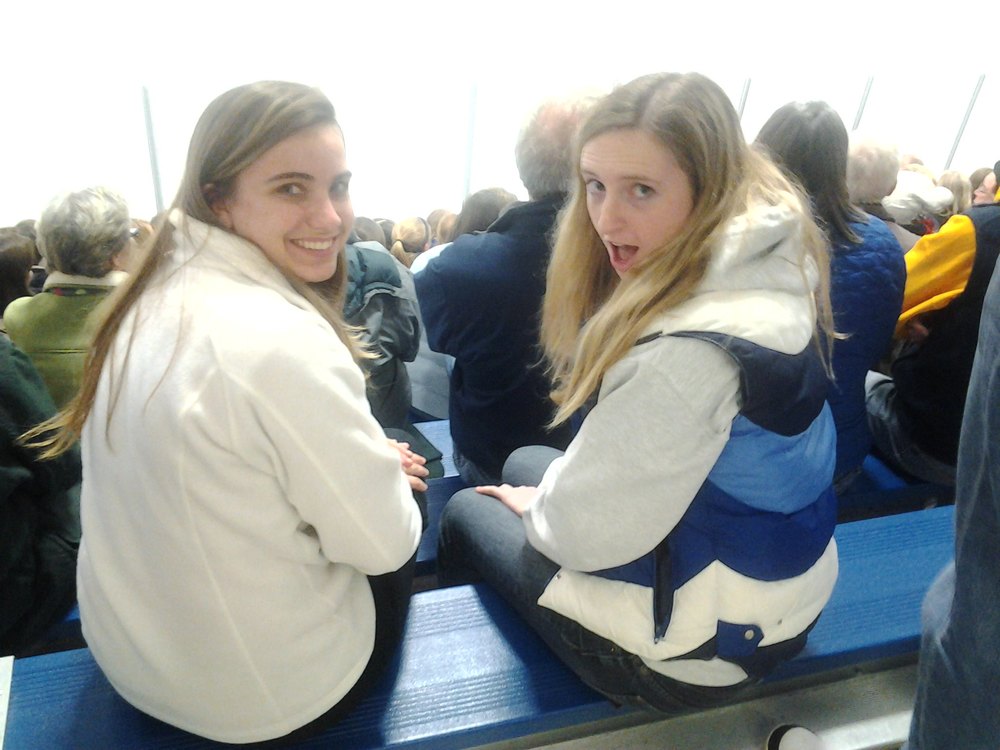 The final major event this week was
the intramural playoffs for the winter season. I’m sure I mentioned it in a
previous blog, but I was playing intramural tennis with my partner from last
year. We were 8-0 going into playoffs, so we had a good chance of winning the
more competitive league. On Tuesday, we won and then on Wednesday we played in
the semifinals and unfortunately lost. Even though this was a huge upset, I had
the best time! My partner and I don’t take things too seriously, so when we
knew we weren’t going to win, we just enjoyed the last few games just doing our
best and having a good time. That’s the best when people aren’t too competitive
because you can still have fun and aren’t pressured to be flawless. This winter
intramural season is my favorite time of the year because tennis is a passion
of mine but playing with a great partner makes it even better! I can’t wait for
next year and hopefully we can win the league! 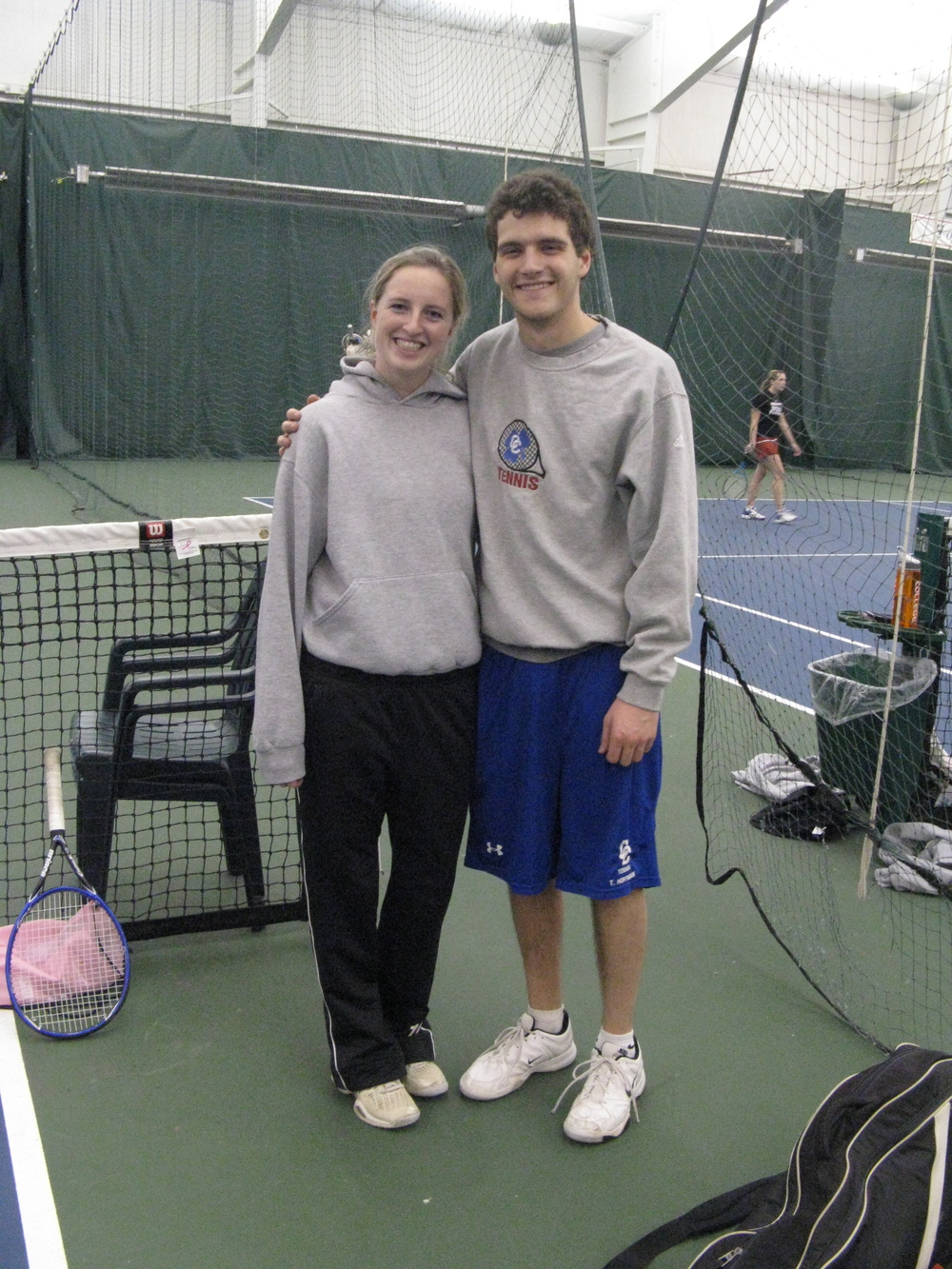 These were just some of the events
going on this past week, but now it’s time to buckle down and study for finals
next week. Don’t forget to follow me on Twitter @hopeleslie15.